+I Love You, From the Bottom of My Heart+ - bigbang bom dara topbom. Characters. 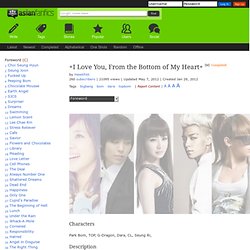 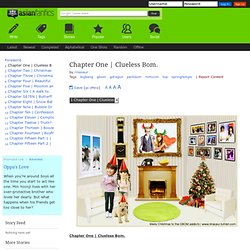 Hello once again my imagination.. Helpless - bigbang choiseunghyun smut top you. You close your eyes and try to hold back your moans as Seunghyun slowly starts to go in and out of you. 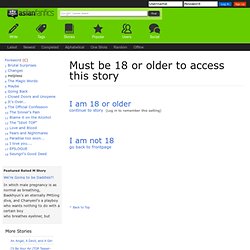 He locks your thighs to his by holding onto them as leverage to get further in you. Your body starts to move as you lie down, your heavy breasts following the motion. Since your pregnancy, they’ve become much more receptive to any stimulation. That’s why the simple motion of Seunghyun rocking your body made your breasts feel so sensitive it almost hurt. You try to stop them from moving by plcing your arms under them, pushing them up together, to Seunghyun’s delight.

You heard him chuckle so you open your eyes to see him staring at your chest. Changes - 2ne1 bigbang gdragon kwonjiyong leechaerin skydragon smut. "What things would you like to experience with a guy? 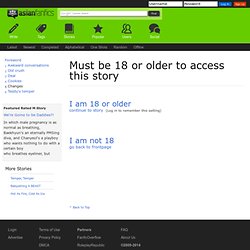 " "Not this again... " LIKE A CAGED BIRD. - bigbang gdragon gtop se7en smut top gse7en. The house before him was just as large and extravagant as Dongwook’s. 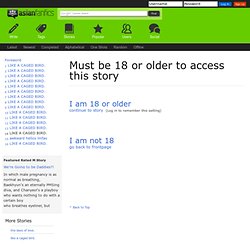 On the outside it looks just like any other, beautiful architect and breath taking gardens lining the driveway up to the front of the house. It’s odd though. Although he’s positive that it’s the first time he’s been here, something about it all seems familiar. Rather than being surprised and in awe as he had been with Dongwook’s home though, something about it is extremely offputting to Jiyong. He grips Dongwook’s hand a bit tighter, not quite sure why he’s so jittery when it’s just meeting someone else. They had originally started to drive home when suddenly Dongwook’s phone call started to ring. Out in the Open [ONESHOT] - 2ne1 bigbang choiseunghyun parkbom topbom. Characters Park Bom, Choi Seunghyun Description Have Bom and Seunghyun not learned their lesson about getting caught yet? 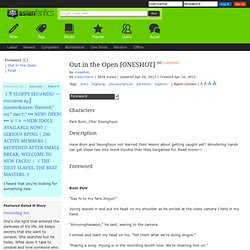 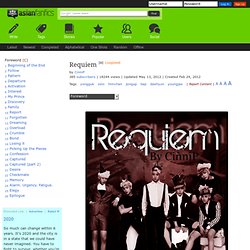 Kiwi_ism: 09 get wet. Daehyun wished he could be more like Youngjae sometimes. 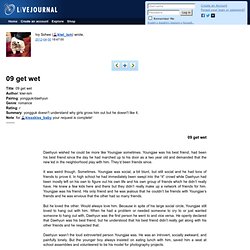 Youngjae was his best friend, had been his best friend since the day he had marched up to his door as a two year old and demanded that the new kid in the neighborhood play with him. They’d been friends since. It was weird though. Sometimes. Shut up, and Listen to the story - yongguk zelo himchan jongup bap daehyun youngjae. Kiwi_ism: the best and worst day of my life. Himchan stares at his lover in disbelief while holding a plate of eggs and toast in one hand and a spatula in the other. 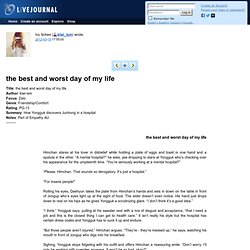 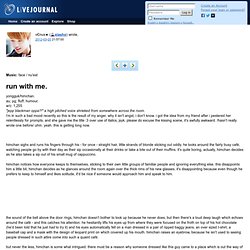 " a high pitched voice shrieked from somewhere across the room.i'm in such a bad mood recently so this is the result of my anger. why it isn't angst, i don't know. i got the idea from my friend after i pestered her relentlessly for prompts, and she gave me the title :3 over use of italics, jsyk. please do excuse the kissing scene, it's awfully awkward. /hasn't really wrote one before/ uhm. yeah. this is getting long now.

Kiwi_ism: the world ends with you; [ o6/o7 ] Okay, so Himchan went further than he was probably supposed to, but there wasn’t any place around their current hideout that had food and Goddamn it would he bring food back for Youngjae. He ended up a few blocks up from the old furniture store when he finally found an abandoned convenience store with at least some things still inside. Hugging the flashlight close to his body, Himchan looked around in the darkness before quietly pushing the door open and stepping inside. It was really much more difficult to scavenge for food at night than in the day. What doesn't kill you - not afraid to fall [chapter 15] Title: not afraid to fall [chapter 15]Author: ivoryroyaleGenre: supernatural, drama, romance, friendship, hurtRating: PG-13Warnings: languageSummary: in which a group of six aren't afraid to stand tall because they have each other.Note: 5,584 words.

Himchan was sitting in the auditorium of his college, listening to an old professor telling about the evolution of nature with a monotone voice.The big auditorium was only half full – or half empty, if you want to think about it like that – and probably about thirty percent of all the students in there had fell asleep at least once during last hour. Himchan, on the other hand, had been awake all the time, he was actually very interested in all those evolution-things; what it was, how it was part of their everyday life.He ran his hand trough his blonde, almost white hair and scribbled down a few good points what the professor had said. July is VIP - Human Something. Title : Human Something Pairing : Yong Guk/Zelo Rating : PG-13 Summary : In the quest to find out why humans search for mates, robot Zelo is on a mini quest of his own. Did the aliens need mates too?

Could a robot be a suitable mate? Notes : Does anyone know of a B.A.P. fanfic community? :) He really was the perfect robot. Xiasho: the view is better here. Daehyun/jongup.au; pg; fluff; humour.w/c: 362Jongup let out a nervous cough, "My face is up here, just so you know. "requested by sunqqyu to write a fic based on a scene from here. this is beyond over due and she's left livejournal anyway ;~;. i hope if you do read this, you like it~ :3 Daehyun lets out a frustrated sigh, "I don't get it! ""There's not much to get," Jongup replies, switching off the music on the stereo. "Well that made me sound infinitely more stupid than I already feel. " Daehyun gulped, "Show me.

" the words coming out more like a whimper than anything else.Jongup raised an eyebrow, "Sure. " He slouched back against the mirror and crossed his legs, watching as Jongup stood in the middle of the practice room in the starting position when the music began to play. Sway hips, shoulder movement, spin, stomping, three steps forward, another spin, drop down onto your knees, thrust upwards and -