Équitation. Armure et costume militaire. Arc. Épée. Armes à feu. Writing Advice: How to Write a big Battle Scene for you Fantasy Novel. If you are writing an epic fantasy novel you are no doubt thinking in big broad strokes. 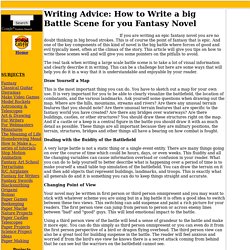 This is of course the point of fantasy that is epic. And one of the key components of this kind of novel is the big battle where forces of good and evil typically meet, often at the climax of the story. This article will give you tips on how to write these scenes well and will give you some pointers on the pitfalls to avoid. The real task when writing a large scale battle scene is to take a lot of visual information and clearly describe it in writing. Waging wars. Tips/infos to write military fiction. Vie du soldat. Quel est le quotidien du soldat ? Three Ways to Write a Better Hike. Roman army structure [FR+EN subs] D&D weapons. Encadrée par Patricia Fauquembergue (professeur de Lettres) & Mélanie Serret (professeur documentaliste) Mercenary, late 1500. Writers tip: veterans and soldiers. Developing your military. STRATEGY. “CREATE OR GENERATE A CRISIS, REAL OR FALSE, SO OTHERS WILL PANIC AND GIVE YOU WHAT YOU WANT.” 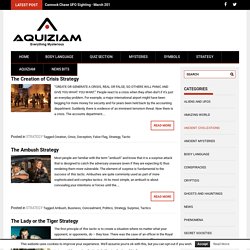 People react to a crisis when they often don’t if it’s just an everyday problem. For example, a major international airport might have been begging for more money for security and for years been held back by the accounting department. Suddenly, there is evidence of an imminent terrorism threat. Now there is a crisis. The accounts department… Read More Most people are familiar with the term “ambush” and know that it is a surprise attack that is designed to catch the adversary unaware (even if they are expecting it) thus rendering them more vulnerable.

Read More The first principle of this tactic is to create a situation where no matter what your opponent, or opponents, do – they lose. Read More A poisoned chalice is something that seems good at first (a beautiful cup filled with delectable wine) but after the person accepts the cup and drinks from it he or she discovers that it is poisoned.

On the Taxonomy of Spaceships. Yup, spaceships again. 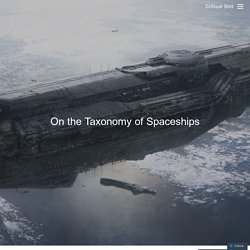 Between Star Citizen, the new Halo, the new Star Wars, a couple of key mods for Sins of a Solar Empire that I keep up with and have done some voice work on, and Destiny, my mind has been buzzing with them. Writing Fight Scenes – What an Editor Wants to See. Saturday, August 15, 2015 As an editor, something I’ve discovered when I’m editing books for other people is I’m making the same comments over and over again in relation to action scenes. 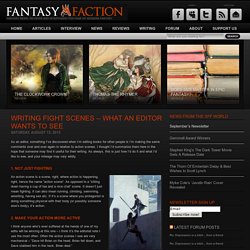 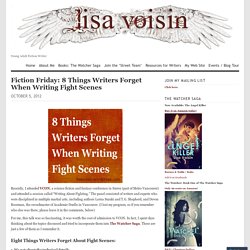 The panel consisted of writers and experts who were disciplined in multiple martial arts, including authors Lorna Suzuki and T.G. Shepherd, and Devon Boorman, the swordmaster of Academie Duello in Vancouver. (I lost my program, so if you remember who else was there, please leave it in the comments, below) For me, this talk was so fascinating, it was worth the cost of admission to VCON. In fact, I spent days thinking about the topics discussed and tried to incorporate them into The Watcher Saga. 5 Tips on Weaponry, Part 1 by Droemar on DeviantArt. 5 Tips on Warfare by Droemar on DeviantArt. How to Put Together the Ultimate Survival Kit. Would you be willing to stake your life on your survival kit? 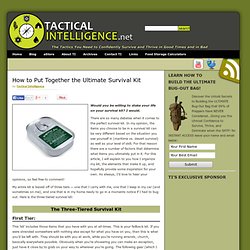 I would. There are so many debates when it comes to the perfect survival kit. In my opinion, the items you choose to be in a survival kit can be very different based on the situation you see yourself in (maritime vs. desert survival) as well as your level of skill. For that reason there are a number of factors that determine what items you ultimately put in it.

6 Trees Every Survivalist Should Know. Air Force Survival Training Manual – Free Download. Given that there are so many survival manuals out there, it’s hard to know which ones are worth having in your survival library. 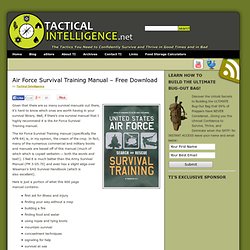 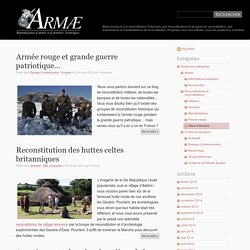 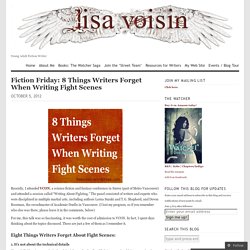 The panel consisted of writers and experts who were disciplined in multiple martial arts, including authors Lorna Suzuki and T.G. Shepherd, and Devon Boorman, the swordmaster of Academie Duello in Vancouver. (I lost my program, so if you remember who else was there, please leave it in the comments, below) For me, this talk was so fascinating, it was worth the cost of admission to VCON. In fact, I spent days thinking about the topics discussed. 1. The Final Battle Scene: How in the world do I write this? - paper cranes. How tu use a weapon - links for various weapons. House Of Fantasists, Weapons (and Women) Building the Library of Violence for The Mongoliad.