The Art of Falling Through Clouds. A one-year mission to produce 300 stories in 300 words (or less) Nano-fiction. T a o    l i n. For some reason the Universe begins. 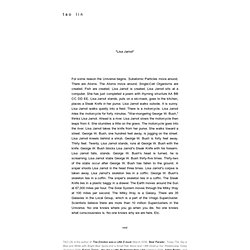 The Seventh: The Forgotten Deed. The supposed fortitude inherent in my gender had, even since youth, always been wanting in my disposition. 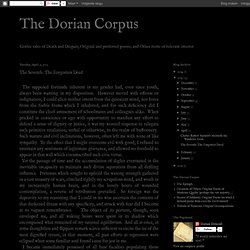 However moved with offense or indignation, I could elicit neither intent from the quiescent mind, nor force from the feeble frame which I inhabited, and for such deficiency did I constitute the chief amusement of schoolmates and colleagues alike. When pricked in conscience or ego with opportunity to manifest any effort to defend a sense of dignity or justice, it was my wonted response to relegate such primitive retaliation, verbal or otherwise, to the realm of buffoonery. Such mature and civil inclinations, however, often left me with none of like sympathy. To the effect that I might overcome evil with good, I refused to entertain any sentiment of legitimate grievance, and allowed no foothold to appear in that wall which circumscribed such civic virtue.