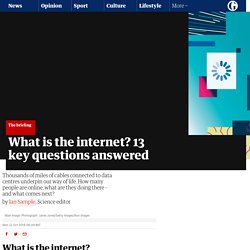 The internet is the wider network that allows computer networks around the world run by companies, governments, universities and other organisations to talk to one another. Why Do Computers Use So Much Energy? Microsoft is currently running an interesting set of hardware experiments. 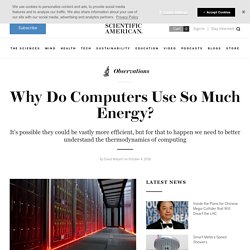 The company is taking a souped-up shipping container stuffed full of computer servers and submerging it in the ocean. Wi-Fi Gets More Secure: Everything You Need to Know About WPA3. The biggest Wi-Fi security update in 14 years was recently unveiled by the Wi-Fi Alliance. 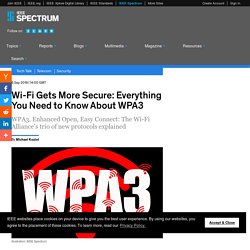 The Wi-Fi Protected Access 3 (WPA3) security certificate protocol provides some much-needed updates to the WPA2 protocol introduced in 2004. Rather than a wholesale reworking of Wi-Fi security, WPA3 is focused on bringing new techniques to bear against the cracks that have begun to show in WPA2. The Wi-Fi Alliance also announced two additional, separate certification protocols alongside WPA3.

Wi-Fi Gets More Secure: Everything You Need to Know About WPA3.

Startups Gest Thinks It Has Invented the Best Way to Interact with Virtual 3-D Objects. Fast and Spacious Helium-Filled Hard Drives Ready for Liftoff. Data-storage company HGST has begun making a six-terabyte helium hard drive that has a 50 percent greater storage capacity and uses about 20 percent less power than conventional hard drives. The secret to this leap forward in performance?

Pumping the drives full of helium. Helium reduces friction, vibration, and other mechanical issues that limit the storage density of conventional hard drives. It also makes hard drives less power hungry. MIT Wristband Could Make AC Obsolete. The Wristify prototype is a personal climate-controlling wearable. Image: Wristify Here’s a scary statistic: In 2007, 87 percent of households in the U.S. used air conditioning, compared to just 11 percent of households in Brazil and a mere 2 percent in India.

Another one: By 2025, booming nations like those are projected to account for a billion new consumers worldwide, with a corresponding explosion in demand for air conditioning expected to arrive along with them. Keeping indoor spaces at comfortable temperatures requires a huge amount of electricity–especially in sweltering climates like India and Brazil–and in the U.S. alone it accounts for a full 16.5 percent of energy use. A brief history of USB, what it replaced, and what has failed to replace it. 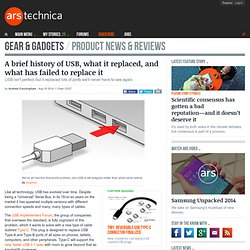 Despite being a “Universal” Serial Bus, in its 18-or-so years on the market it has spawned multiple versions with different connection speeds and many, many types of cables. The USB Implementers Forum, the group of companies that oversees the standard, is fully cognizant of this problem, which it wants to solve with a new type of cable dubbed Type-C. This plug is designed to replace USB Type-A and Type-B ports of all sizes on phones, tablets, computers, and other peripherals. Type-C will support the new, faster USB 3.1 spec with room to grow beyond that as bandwidth increases. When it comes to chasing clicks, journalists say one thing but feel pressure to do another.

Online media is made of clicks. 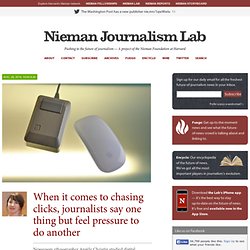 Readers click from one article to the next. Advertising revenue is based on the number of unique visitors for each site. Editors always keep in mind their traffic targets to secure the survival of their publications. Internet Anywhere, Your Phone as a Remote, Logitech Mouse [Deals] Seagate’s new 8TB hard drive is for all you digital hoarders. Solid-state drives get most of the love from gadget sites these days—they're faster and cheaper than ever, and they're a great way to extend the life of an older computer. 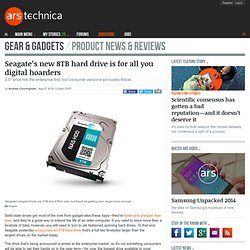 How to sneak a Tesla into Russia for just 6.5 million rubles. What I figured out about Tesla’s future after finally driving one myself. It’s easy to forget that Elon Musk’s electric car company, Tesla Motors, is still very much in its infancy. 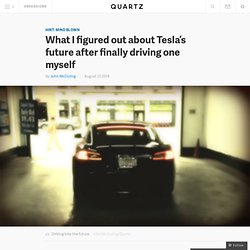 It’s been listed on the stockmarket for barely four years and has sold only about 40,000 vehicles. Yet the company, which is now worth more than $32 billion, attracts a disproportionate amount of media attention. That’s because many people (like us) think it has the potential to revolutionize not just the $1 trillion-dollar-a-year global automobile industry, but potentially the way we consume and store energy. America, like few other countries, celebrates its entrepreneurs as heroes. And at the moment, there is no more exciting business figure in the country than Musk. The hype is justified… KeyGrabber USB 8MB Hardware Keylogger - 8 Megabyte USB Keylogger. The KeyGrabber USB keylogger has 16 Megabytes of built-in memory, accessible as a Flash drive. 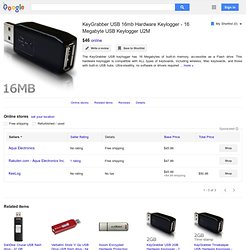 This hardware keylogger is compatible with ALL types of keyboards, including wireless, Mac keyboards, and those with built-in USB hubs. Old car batteries could make cheaper, more efficient solar panels. A single battery could power 30 homes. 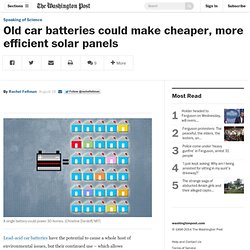 (Christine Daniloff/MIT) Lead-acid car batteries have the potential to cause a whole host of environmental issues, but their continued use – which allows manufacturers to recycle the dangerous lead from one battery to another – keeps the pollutants out of the environment. Three Big Ideas in Google’s Modular Phone That No One’s Talking About. Project Ara, Google's modular smartphone concept, could reshape the entire mobile landscape. 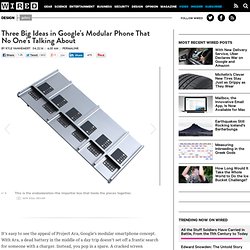 As conceived, modules could be hot-swapped from phone to phone, including different size endoskeletons. New Deal Design New Deal Design, a San Francisco studio, was responsible for ushering the vision from fantasy to viable product. Sharp's new phone for Sprint looks like something out of a sci-fi fantasy. Jump To Close This week, Sharp, Softbank, and Sprint announced a new line of devices called Aquos Crystal, which feature full-screen designs like nothing we've seen before. Green Tree-based 360fly raises $17.8 million. How Long Does a Flash Drive Last - Josh's Blog.url. Nexus 7 (2013) vs Nexus 7 (2012) – what’s new.url. PC Connection - USB 2.0 to IDE SATA Combo Adapter.url.