The Best Services and Software for the Untethered Employee. You've broken free from the office, now liberate yourself from having to sort through all the software you need to get your job done. 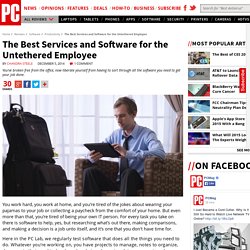 OB Roundup You work hard, you work at home, and you're tired of the jokes about wearing your pajamas to your job or collecting a paycheck from the comfort of your home. Scanners. Sony Playstation. HyperX 3K SATA 3.0 Solid-State Drive (SSD) for Gamers and Enthusiasts - ideal low price hard drive replacement for laptops, notebooks and desktops. ASUS.

Logitech. Logitech - Get Immersed in the Digital World! Mobile Technology. Laptops & Tablets. Sony VAIO Tap 11 review: meet Sony's answer to the Surface Pro. It wasn't until I was in a meeting with Sony, getting hands-on with its holiday lineup, that I realized something: the company didn't have a proper Windows 8 tablet. 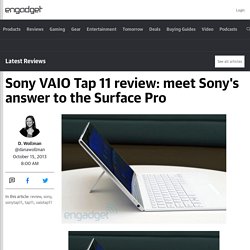 Yep, that's right: for all the experimentation PC makers have been doing around Win 8, one of the biggest names in consumer electronics had never attempted a simple Windows tablet. Even crazier: Sony instead placed its bets on the slider PC, of all things -- a design that presents more than a few ergonomic challenges.

Finally, though, Sony is giving the ol' slate form factor a shot: the company recently announced the Tap 11, a tablet seemingly designed to blow the Surface Pro out of the water. Like Microsoft's tablet, it has a kickstand, USB port, pen-enabled display and a thin keyboard case that attaches to the device magnetically. Unlike Microsoft, however, Sony is throwing in the wireless keyboard at no extra charge -- kind of a big deal considering Ballmer and Co. are selling the Type Cover for an additional $130. Sony. (Saving...) Hands-on with BITalino, a microcontroller board for quirky and serious projects alike (video)

It's safe to say that BITalino isn't your average DIY electronics board. 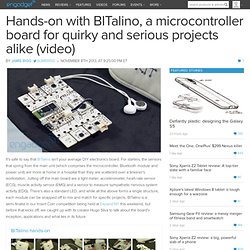 For starters, the sensors that spring from the main unit (which comprises the microcontroller, Bluetooth module and power unit) are more at home in a hospital than they are scattered over a tinkerer's workstation. Jutting off the main board are a light meter, accelerometer, heart-rate sensor (ECG), muscle activity sensor (EMG) and a sensor to measure sympathetic nervous system activity (EDG). There's also a standard LED, and while all the above forms a single structure, each module can be snapped off to mix and match for specific projects.

Barracuda. SonicWALL. Sonicwall vpn. SonicWALL Firewall - Information, Reviews, Prices & Training - Firewalls.com. SonicWALL is committed to improving the performance and productivity of businesses of all sizes by engineering the cost and complexity out of running a secure network. 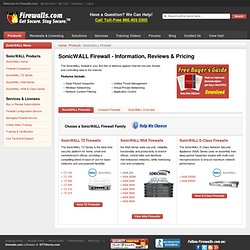 Over one million SonicWALL appliances have been shipped through its global network of ten thousand channel partners to keep tens of millions of worldwide business computer users safe and in control of their data. SonicWALL's award-winning solutions include network security, secure remote access, content security, backup and recovery, and policy and management technology.

IBM. Your first place for IBM i information! Konica Minolta - bizhub MarketPlace Account. Surface 2 review: Cautious upgrades don't help a tablet in desperate need of relevance. Microsoft could have impressed the world with the update to its entry-level Surface tablet, but instead it released the Surface 2. 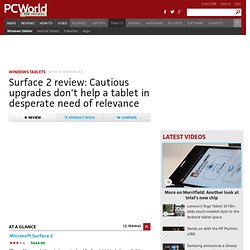 The new tablet’s price tag might be $50 less than the original, introductory cost of the Surface RT, but no price reduction can mitigate the Surface 2’s fundamental problems—most of which stem from Microsoft’s operating system and apps ecosystem. Indeed, what we have in the Surface 2 is a classy-looking, VaporMg-clad container of missed opportunity. The new tablet benefits from some spec bumps, but it simply doesn’t do enough to breathe relevance into Microsoft’s unpopular ARM-based tablet platform. Precisely when Microsoft needed to make a bold move—like removing the desktop from its Windows RT 8.1 tablet once and for all—it released a cautious, tepid, half-step advancement. It’s almost as if Microsoft is telling the world that its RT effort is a hobby. Image: mike homnick. Get Free Price Quotes on Home Video Surveillance with the help of BuyerZone.com. WaspTime 2013 - TopTenREVIEWS. WaspTime from Wasp Barcode Technologies is time tracking software that tracks time better than most of the applications we reviewed. 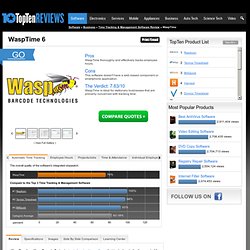 It lacks project management features, expense reports and invoice creation. You have to install the software on every computer that will be using this application. Since WaspTime is not available as a smartphone app, you'll have to track your employees' time from a PC. WaspTime has practically everything you could ask for in terms of time tracking. You can input how much employees make, whether they are hourly or salary, the length of a pay period and what department they work in. This time tracking software is able to calculate hourly employee rates, but beyond that, its expense-report capabilities are limited. While WaspTime is excellent at tracking and reporting on employee hours, it is missing adequate project management tools. 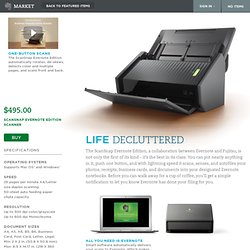