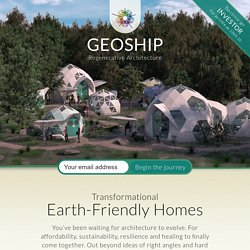 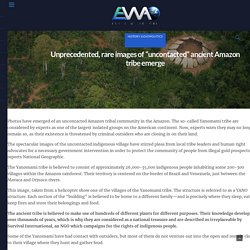 The so-called Yanomami tribe are considered by experts as one of the largest isolated groups on the American continent. Now, experts warn they may no longer remain so, as their existence is threatened by criminal outsiders who are closing in on their land. The spectacular images of the uncontacted indigenous village have stirred pleas from local tribe leaders and human right advocates for a necessary government intervention in order to protect the community of people from illegal gold prospectors reports National Geographic. The Yanomami tribe is believed to consist of approximately 26,000-35,000 indigenous people inhabiting some 200-300 villages within the Amazon rainforest. Their territory is centered on the border of Brazil and Venezuela, just between the Mavaca and Orinoco rivers. 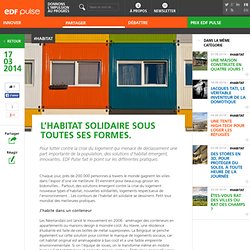 Et viennent pour beaucoup grossir les bidonvilles... Housing co-ops: one way to find an affordable home. Housing co-operatives are common in many parts of the world but have never really taken off in the UK. 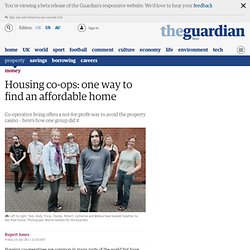 But is that about to change? Community co-operatives have rescued pubs, shops and other vital amenities. Now, with sky-high property prices in many parts of the UK, groups of like-minded people are coming together to form co-ops to buy a property to live in – something they would never be able to do individually. Diggers and Dreamers - The Guide to Communal Living in Britain. Interested parties sought For a new co-housing venture in the Dorset/Devon area, involving some co-operative food growing. www.kate-cohousing.weebly.com Message posted by Kate Stanley Send a reply to Kate Stanley. 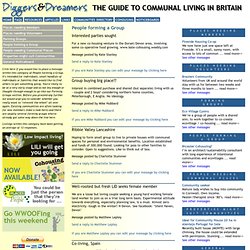 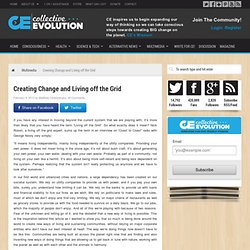 So what exactly does it mean? Nick Rosen, a living off the grid expert, sums up the term in an interview on “Coast to Coast” radio with George Noory very simply: “It means living independently, mainly living independently of the utility companies. New Forms of Collective Housing in Europe by Birkhäuser. Here's Why Your Smartphone Is the Key to a Better Food World. Mark Sullivan had a plan to help Austinites eat more local food, but he didn’t plant an urban farm or open a locavore food truck to do so. He built a website. Sullivan cofounded growmingle, a new company that is using technology and digital “mapping” to connect people in Austin’s vibrant local food scene—including farmers, chefs, distributors, advocacy organizations, retailers, and consumers—with one another.

Recognizing the fragmentation of the local food world in Austin and the difficulty many producers have connecting with customers, the growmingle team has set out to become the Airbnb of the Texas capital's locavore movement by interactively mapping it. Eventually, growmingle will have a Yelp-like mobile app guiding users to purveyors of locally grown food. “For the broad market to have access to [local food], there needs to be an easy and effective discovery platform to find out about real local food initiatives happening around them,” Sullivan says.

Eco Homes: Living The Good Life. In Wales, nine families are off the grid and immersed in permaculture, producing, growing, and enjoying life while making a positive sustainable example for all. 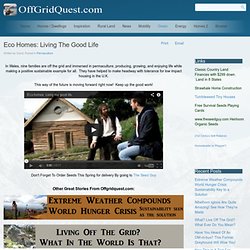 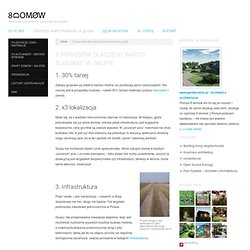 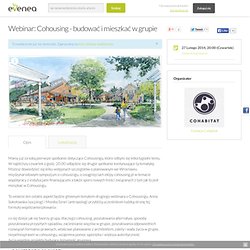 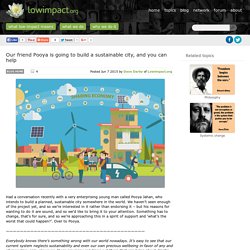 We haven’t seen enough of the project yet, and so we’re interested in it rather than endorsing it – but his reasons for wanting to do it are sound, and so we’d like to bring it to your attention.