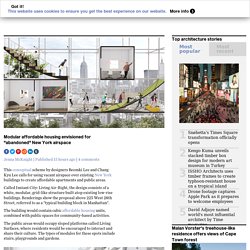 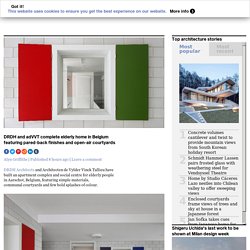 The London and Ghent studio worked together to design the facility for social services provider OCMW Aarschot, after jointly winning an international competition. The project consists of a social centre and 36 serviced apartments, built on a historically important site on the line of an old city wall and at the end of a market street. Part of a larger masterplan developed by Ghent firm Robbrecht en Daem for the regeneration of the city centre, the Orleanshof complex seeks to maintain a connection with the site's history and its urban context.

A courtyard set back from the road creates a continuation of the market street opposite, helping to draw people towards the entrance. Courtyards with varying proportions help to organise the internal spaces. Climbing plants and asymmetric balconies surround Buchner Bründler's Garden Tower. A mesh for climbing plants wraps the angular balconies of this apartment block in Alpine Switzerland, completed by Buchner Bründler Architekten. 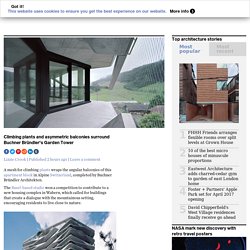 The Basel-based studio won a competition to contribute to a new housing complex in Wabern, which called for buildings that create a dialogue with the mountainous setting, encouraging residents to live close to nature. The Garden Tower is designed to resemble a natural formation, breaking away from standard housing typologies. Its floor plan is a distorted hexagon, giving it an unusual internal layout, while its entire exterior is surrounded by asymmetric balconies, reminiscent of the surrounding mountain ranges.

A High-Concept Architect Takes on Low-Income Housing. House on a pole tilts and rotates with wind and wandering. Architectural artists Alex Schweder and Ward Shelley are no strangers to living in unusual digs, but their latest work breaks the mold. 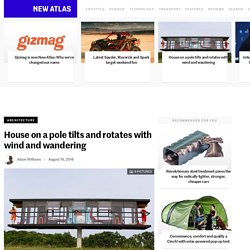 Perched atop a 15 ft (4.5 m)-tall concrete column, ReActor is a house/art installation that tilts and rotates a full 360 degrees, its movement a response to the wind and the weight distribution of the occupants. The duo is living in it for up to five days at a time. Sou fujimoto redefines rental housing for house vision tokyo. Aug 01, 2016 sou fujimoto creates a stacked rental space tower for house vision tokyo house vision 2016 tokyo: sou fujimoto has participated in constructing the ‘rental space tower’ pavilion for the exhibition held in tokyo which focuses on domesticity at the intersection between industries. among the group of renowned japanese architects who were invited to explore this year’s theme of ‘co-individual—split and connect/separate and come together.’ – the event is officially opened for 30 days from july 30 to august 28, 2016. 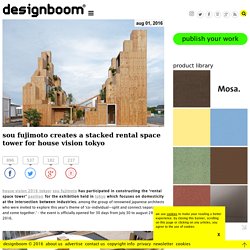 He Wei transforms traditional Chinese property into a hostel. Architect He Wei has transformed a traditional rammed-earth property in China into a youth hostel, featuring house-shaped polycarbonate rooms-on-wheels (+ slideshow). 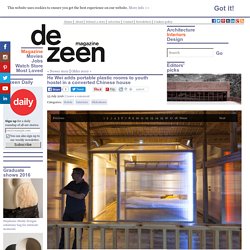 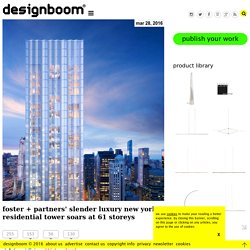 5 Eco-Friendly Social Housing Projects. We are living through what the United Nations has described as "the largest wave of urban growth in history. 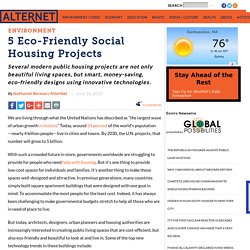 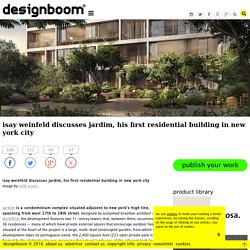 Autos - Can floating homes solve the urban housing crunch? ON THE SURFACE, Michele Affronte and Marianne Gerrits have little in common. 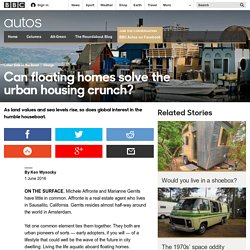 Affronte is a real estate agent who lives in Sausalito, California. Gerrits resides almost half-way around the world in Amsterdam. Yet one common element ties them together. They both are urban pioneers of sorts — early adopters, if you will — of a lifestyle that could well be the wave of the future in city dwelling: Living the life aquatic aboard floating homes. As land and housing prices in heavily populated urban areas continue to rise astronomically and housing availability becomes tighter than a first-gear hairpin curve, the floating home seems like a logical and plausible alternative for urban planners and developers. Living in the USA: America's top ten homes revealed. The American Institute of Architects (AIA) has announced the winners of the 2016 Housing Awards.

Viennese squeeze: CJ5 house offers slim solution to urban density. Vienna is by no means the most crowded metropolis in the world, or even in Europe. Even so, Caramel Architects has designed a house on the outskirts of the city that provides a model for getting more people into a smaller area without giving up amenities like natural light and private garden space. View all. Casa Futebol concept would turn World Cup Stadiums into low-cost housing. Brazil spent around US$4 billion renovating and constructing its stadiums for the 2014 FIFA World Cup. But with the excitement of hosting the globe's biggest sporting event now having passed, one awkward, but important question remains. What to do with all that infrastructure? Drawing inspiration from the social issues plaguing much of the publicity around the event, a pair of French architects have developed a proposal to re-invent the structures as complexes for low-cost housing.

View all. The Architect Is In: A New York Remodel by Way of Belgium: Remodelista. I want to live in a baugruppe. Brute force collaborativea new approach to affordable urban living? » brute force collaborative. How Kiyoshi Izumi Built the Psych Ward of the Future by Dropping Acid. Tighthouse: The first certified Passive House in NYC. Diogene micro home pushes the boundaries for off-the-grid tiny living. A Tribeca Loft by Way of New Zealand. Reinventing the American Row House in Houston, Texas. Cantilevered residential heliostat takes shape in Sydney. Hub_01 thinks outside the box for sustainable student housing.