Africanexponent. Rwanda is championing a whole revolution that cannot be ignored. 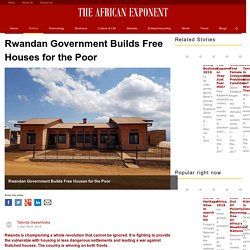 It is fighting to provide the vulnerable with housing in less dangerous settlements and leading a war against thatched houses. The country is winning on both fronts. Rwanda is championing a whole revolution that cannot be ignored. In 2008, it adopted the "Agasozi Ndatwa" (Model Village) approach and according to The Red Cross, the first village was launched in 2010 with technical and financial assistance from the Belgian Red Cross, European Union Directorate General Development and Cooperation and many other Red Cross chapters. 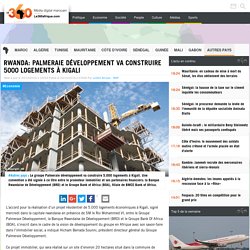 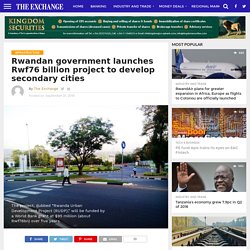 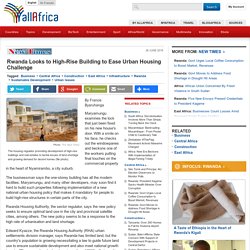 Rwanda: Estate Developers Urged to Invest in Affordable Housing. By Jean D'Amour Mbonyinshuti Estate developers have been called on to work with banks to secure necessary funding to put up affordable housing units and infrastructure, and partaking in development of secondary cities. 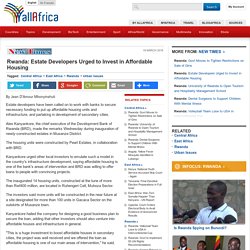 Alex Kanyankore, the chief executive of the Development Bank of Rwanda (BRD), made the remarks Wednesday during inauguration of newly-constructed estates in Musanze District. The housing units were constructed by Pearl Estates, in collaboration with BRD. Kanyankore urged other local investors to emulate such a model in the country's infrastructure development, saying affordable housing is one of the bank's areas of intervention and BRD was willing to offer loans to people with convincing projects.

The inaugurated 14 housing units, constructed at the tune of more than Rwf400 million, are located in Ruhengeri Cell, Muhoza Sector. Rwanda: PE Firm Phatisa to Build 300 Houses in Kigali - allAfrica.com. By John Gachiri Private equity (PE) firm Phatisa, which has been developing housing in Nairobi and Nakuru counties, has now moved to the Rwandan market. 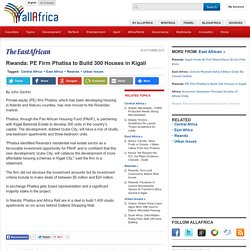 Phatisa, through the Pan African Housing Fund (PAHF), is partnering with Kigali Batsinda Estate to develop 300 units in the country's capital. The development, dubbed Izuba City, will have a mix of studio, one-bedroom apartments and three-bedroom units. "Phatisa identified Rwanda's residential real estate sector as a favourable investment opportunity for PAHF and is confident that this new development, Izuba City, will catalyse the development of more affordable housing schemes in Kigali City," said the firm in a statement. The firm did not disclose the investment amounts but its investment criteria include to make deals of between $5 million and $24 million. For Rwandan capital Kigali, sky is the limit. Amarembo City center-Kigali(ex Akagera Motors)

Rwanda: Clean, Safe Kigali Attracts Foreign Home Owners. By Kenneth Agutamba On top of Rebero, one the many hills in the City of Kigali, is Mountain View Estate, established three years ago by a property investment firm, Region Holdings. 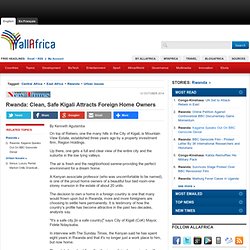 Up there, one gets a full and clear view of the entire city and the suburbs in the low lying valleys. The air is fresh and the neighborhood serene-providing the perfect environment for a dream home. Kigali Masterplan 2040 video. Kigali Convention Centre inches closer to completion. The long wait for the completion of The Kigali Convention Centre will be put to rest as the international facility will be commissioned this year, Amb. 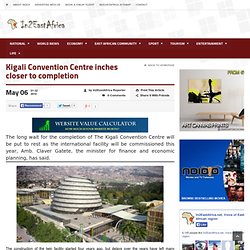 Claver Gatete, the minister for finance and economic planning, has said. The construction of the twin facility started four years ago, but delays over the years have left many wondering when it would be completed. Rwanda: Fusion Capital Invests $34m In Real Estate Sector. VENTURES AFRICA – Kenyan private equity firm Fusion Capital, in its first real estate investment in Rwanda, has agreed to finance the construction of a $34 million shopping complex by Kigali Heights, a local real estate developer. 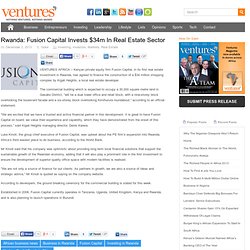 The commercial building which is expected to occupy a 30,000 square metre land in Gasabo District, “will be a dual tower office and retail block, with a nine-storey block overlooking the boulevard facade and a six-storey block overlooking Kimihurura roundabout,” according to an official statement. “We are excited that we have a trusted and active financial partner in this development. It is great to have Fusion Capital on board; we value their experience and capability, which they have demonstrated from the onset of this process,” said Kigali Heights managing director, Denis Karera. “We are not only a source of finance for our clients. According to developers, the ground breaking ceremony for the commercial building is slated for this week. How Architecture is Making a Difference in Rwanda. When my studio was chosen by Women for Women International to design their Women’s Opportunity Center (WOC) in Rwanda, I knew I was embarking on a life-changing journey. 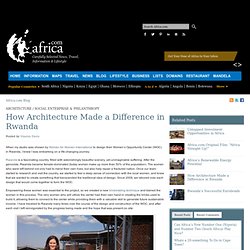 Rwanda is a fascinating country, filled with astonishingly beautiful scenery, yet unimaginable suffering. After the genocide, Rwanda became female-dominated (today women make up more than 50% of the population). The women who were left behind not only had to mend their own lives, but also help repair a fractured nation. Once our team started to research and visit the country, we started to feel a deep sense of connection with the local women, and knew that we wanted to create something that transcended the traditional idea of design.

Since 2008, we labored over each design that would come together to form the WOC. Microsoft Word - RWF0801-NY Dist Final Report - 27 Jan.doc - RWF0801-Vol 1-NY MP Final Report-Feb2010.pdf. Kigali authorities unveil plan to reduce housing shortage. The City of Kigali has unveiled an ambitious plan under which thousands of houses will be built in a space of ten years to meet the demand for affordable houses in the city. Kigali is facing a growing shortage of houses, especially for low income earners. The New Times The projects will provide about 34,000 affordable housing units to people of various income brackets, Liliane Mupende, the city’s director of the One Stop Centre (OSC), said. _Final_ - Cover Document - Executive-Summary-amp-Synopsis.pdf.