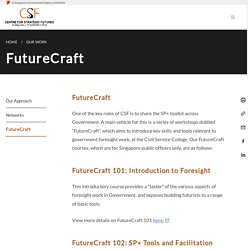 A main vehicle for this is a series of workshops dubbed “FutureCraft”, which aims to introduce key skills and tools relevant to government foresight work, at the Civil Service College. 'IMPACT: A Foresight Game' Teaches Critical Thinking for a Technological Future - TechAcute. When someone mentions tabletop games, you probably associate those to games like Monopoly, Chess, Dungeons and Dragons, or Hoard. 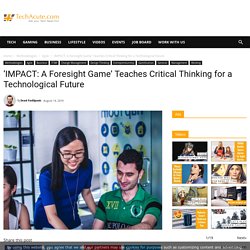 Impact - Idea Couture. IMPACT: A Foresight Game is a serious board game that teaches you to think critically and imaginatively about emerging technology and the future of society. 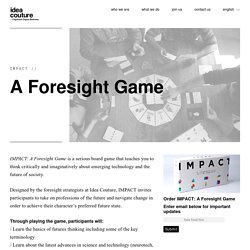 Designed by the foresight strategists at Idea Couture, IMPACT invites participants to take on professions of the future and navigate change in order to achieve their character’s preferred future state. Through playing the game, participants will: / Learn the basics of futures thinking including some of the key terminology / Learn about the latest advances in science and technology (neurotech, nanotech, artificial intelligence, IoT, biotech, robotics) / Practice thinking about how these emerging technologies could evolve and the various ways they could influence society IMPACT is best played with 3-6 players and lasts 60-90 minutes. Impact from Idea Couture Inc on Vimeo. A New Board Game For Public Servants  Just over a year ago, I was briefed on one of the most interesting design challenges of my career. 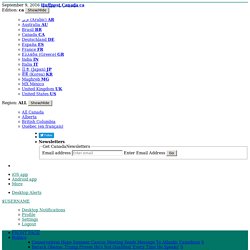 The ask came from Policy Horizons Canada, an innovation lab within the Government of Canada, who aimed to create a serious board game that would enable public servants to learn and practice foresight. Through a highly collaborative process, our team of futurists, strategists, and designers at Idea Couture worked with Policy Horizons Canada to develop IMPACT: A Foresight Game. The objective of foresight is not to predict the future, but to prepare for many futures. That's what makes a game such an ideal medium for learning foresight thinking.

In more linear formats, such as a films or novels, the narrative is static. In Impact, each player takes on the role of a character with a unique job from the future and a set of preferred future conditions that will make their job secure and prosperous. Sri Lanka to use foresight tools in national planning. ECONOMYNEXT – The Sri Lankan government has started work on using new scientific forecasting tools in national planning with support from world leaders in the field like Denmark and Malaysia. 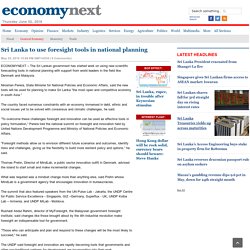 Definition Multiple cause diagrams show the various causes of a certain event or situation and the relationships between the variables. 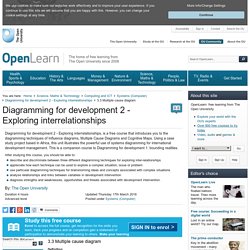 They show causal chains of why something has occurred. SenseMaker® The Change Handbook. Future Workshop - ProWork. The concept of Future Workshops goes back to the ideas of Robert Jungk on how to involve people directly affected by political decisions into the decision-making process and was first published in Future Workshops: How to Create Desirable Futures, by Robert Jungk and Norbert Mullert (Institute for Social Inventions, UK, 1987). 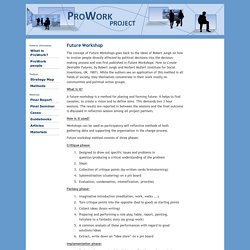 While the authors see an application of this method in all fields of society, they themselves concentrate in their work mostly on communities and political action groups. What is it? A future-workshop is a method for planing and forming future: it helps to find causales, to create a vision and to define aims. This demands two 3 hour sessions. The results are reported in between the sessions and the final outcome is discussed in reflection session among all project partners. How is it used? Workshops can be used as participatory self reflective methods of both gathering data and supporting the organisation in the change process. Futures toolkit for policy-makers and analysts. Futures Toolkit beta. 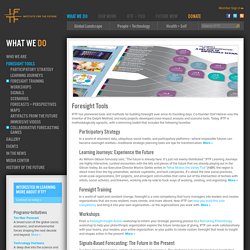 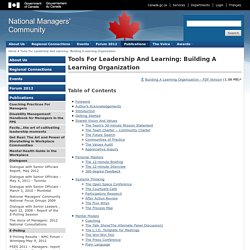 This publication represents various tools and practices that are being used by managers and practitioners throughout the public service. They help us to build our capacity to understand and master the changing roles that come with a knowledge-based economy and society. To me, the most exciting thing about this publication is how it illustrates that the public service is an organization in which we learn from each other, sharing tools and techniques to build a work environment that values personal initiative, innovation, team playing, learning and trust. Tools For Leadership And Learning: Building A Learning Organization. Tools For Leadership And Learning: Building A Learning Organization. Facile - Facilitator's Reference Guide. 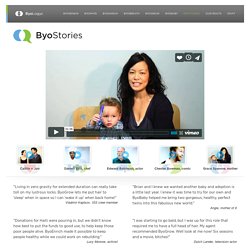 ByoGrow lets me put hair to 'sleep' when in space so I can 'wake it up' when back home! " Vladimir Kaptsov, ISS crew member "Brian and I knew we wanted another baby and adoption is a little last year. I knew it was time to try for our own and ByoBaby helped me bring two gorgeous, healthy, perfect twins into this fabulous new world.

" Angie, mother of 6 "Donations for Haiti were pouring in, but we didn't know how best to put the funds to good use, to help keep those poor people alive. Lucy Monroe, activist "I was starting to go bald, but I was up for this role that required me to have a full head of hair. Dutch Lander, television actor "We worried for our grandson. Liz, grandmother "When we were trapped in that godforsaken mine, after the second week we knew we were going to run out of air. Tomas Vargas, rescued miner. Global Calculator shows how the world can 'prosper' while tackling climate change. 28 Jan 2015, 07:20Simon Evans The world's population could live a prosperous, European-style lifestyle by 2050 at the same time as avoiding dangerous climate change, according to a new Global Calculator developed by the UK's Department for Energy and Climate Change (DECC).

The online tool shows how global prosperity can increase, even as emissions fall by 60 per cent from current levels in line with climate targets. This feat, according to the calculator, would require a series of massive changes to how we use energy, such as a shift from fossil fuels towards nuclear and renewables, and much wider use of electric heat and transport. DECC's tool shows this transition might be slightly more, or slightly less expensive than the cost of doing nothing to tackle emissions. Either way, the difference in costs would be minimal, relative to expected growth in global wealth. How the tool works The summary dashboard for DECC's Global Calculator. Handouts. Infinite Futures: Sign in. Log in to Horizons - Connexion à Horizons. UNDP Global Centre for Public Service Excellence. Handouts. Materials. Quelle industrie dans 10 ans ? Value Proposition Design by Alexander Osterwalder.

Create and share visual ideas online. Scenario Archetypes. Ftshwawaii - MBS - Mt Eliza. We can’t predict the future, but it is very possible to anticipate it. As we turn our minds to emerging issues, it is possible to map the future and better understand the world we live in. This is what we mean by futures thinking: giving meaning to the future. Leading international futurists Dr Robert Burke and Dr Sohail Inyatullah, who regularly deliver this program, are taking it global in 2015, beginning with a special five-day event in Honolulu.

To give the program a powerful Asia-Pacific focus, they will be joined by renowned futures thinkers and strategists Professor James Dator and John Sweeney from the Hawaii Research Center for Futures Studies. Together, they will advance your thinking on such emerging issues as: How 3D printing might challenge manufacturing in the Asia-Pacific region? * This program is non-residential. Shell Let's Go. OEC: The Observatory of Economic Complexity. Pantheon - Visualizations. OEC: The Observatory of Economic Complexity. Sigma Scan - Home.