The Power of Asking Pivotal Questions. In a rapidly changing business landscape, executives need the ability to quickly spot both new opportunities and hidden risks. 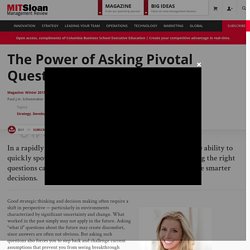 Asking the right questions can help you broaden your perspective — and make smarter decisions. Good strategic thinking and decision making often require a shift in perspective — particularly in environments characterized by significant uncertainty and change. What worked in the past simply may not apply in the future. The Tesco problem. Over at The Futures Company blog I have a short post on Tesco’s problems, prompted by the abrupt dismissal of its Chief Executive Philip Clarke in the face of the continuing pressure on the company’s market share and profitability. 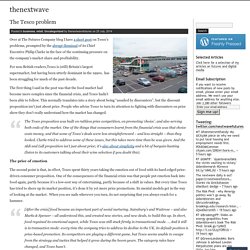 For non-British readers,Tesco is (still) Britain’s largest supermarket, but having been utterly dominant in the 1990s, has been struggling for much of the past decade. Statement on "Innovative Approaches to Programme Design and Implementation to Support the Operationalisation of the post-2015 Development Agenda" at the Joint Meeting of the Executive Boards of UNDP/UNFPA/UNOPS, UNICEF, UN Women, and WFP. 02 Feb 2015 As Member States move closer to adopting a new global development agenda, the UN system is reviewing how it works to ensure that it is in good shape to help deliver the new agenda. 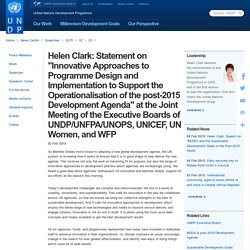 The State of Strategy Today. In a study performed a few years ago, we found a strong correlation between a company’s total shareholder returns (TSR) and its planning horizon. 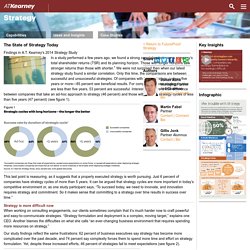 Those with longer horizons saw stronger returns than those with shorter.1 We were not surprised then when our latest strategy study found a similar correlation. Samsung looks at ways to regain ground from Apple. What I Learned About the Future by Reading 100 Science Fiction Books — Better Humans. Over the past two years I’ve read 100 sci-fi novels, averaging about one per week. 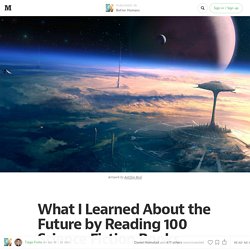 See the full list here, with my favorites. I started reading sci-fi to pass the time. Here's why Google has finally lost the Android/iOS war. Maybe disposing of Android creator Andy Rubin was dumb. 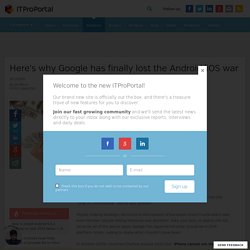 Maybe buying into the “Year of Chromebook” meme was dumber. Maybe making strategic decisions in anticipation of European Union trustbusters was even dumber. Maybe selling Motorola was dumbest. A History of Samsung's Galaxy Brand: From the S1 to the Galaxy S4. Samsung becomes the world's largest smartphone maker as Apple's market share hits a three-year low. Samsung reports record profits of £4.5bn - up 50 per cent from last yearIt shipped double the amount of smartphones compared to AppleThis represents Samsung's biggest ever lead over Apple since 1997Apple's smartphone market share drops to a three-year low By Victoria Woollaston Published: 10:51 GMT, 26 July 2013 | Updated: 01:14 GMT, 27 July 2013 Samsung has overtaken Apple to become the world’s most profitable mobile phone company. 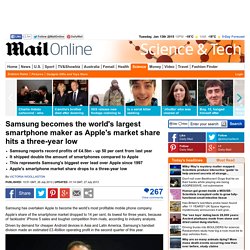 Apple’s share of the smartphone market dropped to 14 per cent, its lowest for three years, because of ‘lacklustre’ iPhone 5 sales and tougher competition from rivals, according to industry analysts. Driven by demand for cheaper Android devices in Asia and Latin America, Samsung’s handset division made an estimated £3.4billion operating profit in the second quarter of this year. Samsung's president J.K. The Great Smartphone War: Apple vs. Samsung.

Samsung was at a crossroads. 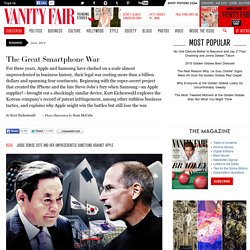 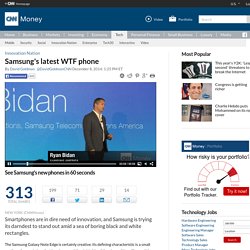 Its defining characteristic is a small portion of curved glass that bends around the right side of the phone. It's unlike anything else you've seen on a smartphone. That tiny curve on the Edge's display functions as a second screen. It can display a list of apps, quick settings, notifications, weather and the time. Galaxy S4 and Galaxy S3 success factors: Apple iPhone 6 and iPhone 5S comparison. Bigger screen, unique features, trend-setting accessories and compatibility with users behavior could be said the the success factors of Samsung’s Galaxy series smartphones including Galaxy S3, Galaxy S2 and Galaxy S1 and the word of mouth regarding Galaxy S4 is telling us about another hit device. 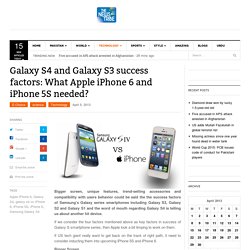 If we consider the four factors mentioned above as key factors in success of Galaxy S smartphone series, then Apple look a bit limping to work on them. If US tech giant really want to get back on the track of right path, it need to consider inducting them into upcoming iPhone 5S and iPhone 6. Bigger Screen Smartphone users have become accustomed of using big screen on their devices. Obviously the trend was introduced by Android-based smartphones from Samsung, HTC, Hawaii and others and now it has become universal.

Every other tech forum is filled with comment from users demanding of Apple to increase the display size instead of sticking to 4 inch screen of present generation of iPhones. 5 Reasons Why Nokia Lost Its Handset Sales Lead and Got Downgraded to 'Junk' Nokia's Symbian OS (left) quickly declined, and the Lumia on Windows Phone (right) hasn't picked up the slack yet. Photos: Jon Snyder/Wired (left) and Ariel Zambelich/Wired (right) Samsung has surpassed Nokia in cellphone sales, effectively ending Nokia’s 14-year run as the world’s top handset maker, according to reports from IHS iSuppli and Strategy Analytics released late Thursday. Friday morning didn’t bring much better news for the former handset leader, either: Standard & Poor downgraded Nokia’s bonds to “junk” status with a grade of BB+/B.

According to IHS iSuppli’s numbers, Nokia shipped 83 million handsets in Q1 2012, while Samsung shipped 92 million handsets. Strategy Analytics’ numbers were only slightly different, reporting that Nokia shipped 82.7 million total handsets and Samsung shipped 93.5 million. In the mobile industry, a 14-year lead is undoubtedly impressive. Samsung success story: More about marketing than innovation? Samsung Electronics is spending more on marketing than R&D for the first time in at least three years, prompting some pundits to warn that the IT giant is sacrificing innovation at a time when the market is teeming with ever smarter gadgets. The South Korean firm, which warned on Friday it will not post record quarterly earnings for the first time since 2011, looks set to spend big bucks on marketing upcoming mobile devices, including the Galaxy S4 smartphone, to convert more iPhone and iPad users loyal to arch rival Apple Inc.

While the new Galaxy smartphone, unveiled to much fanfare in New York last month, will boast a motion-detecting technology that stops and starts videos depending on whether someone is looking at the screen, and flip between songs and photos at the wave of a hand, industry watchers say the device would not overturn an industry that lives and dies by innovation. "(Samsung) lagged behind in creating a new category. Apple created a new category with tablets. Technology. For the first time in 14 years, wireless communications giant Nokia will not sit atop the global cellphone business on an annual basis at the end of 2012—with Samsung set to seize the mobile handset market’s top rank.

Samsung is expected to account for 29 percent of worldwide cellphone shipments, up from 24 percent in 2011, according to the IHS iSuppli Mobile and Wireless Communications Service at information and analytics provider IHS (NYSE: IHS). Nokia’s share this year will drop to 24 percent, down from 30 percent last year, as presented in Table 1. A dislodged Nokia will cause Samsung to rise to first place for the full year of 2012, up from the second rank in 2011, the first time the South Korean electronics titan will occupy the top on a yearly basis. Peter Bryer: Mobile Foresight: Samsung S Health accessories. Samsung's Sensor fusion play.

KEY MOBILE TRENDS: mobile health, sensor fusion, sensors, big data, big proactive, wearable computing Last week I wrote a blog entry about my take on a potential wrist-worn device from Apple (please see "An Apple watch could be a genius big-data play"). Samsung success analysis: Willingness to make more devices key. A history of Tesco: The rise of Britain's biggest supermarket. Tesco: How one supermarket came to dominate. 9 September 2013Last updated at 05:04 ET By Denise Winterman BBC News Magazine. Why Samsung’s phones will always run someone else’s software. This past weekend, reports out of Korea suggested that Samsung is thinking about Windows Phone on its handsets, particularly at the low end. Lewis seeks to rouse Tesco from the nightmare of its recent history. Tesco shares fall after rating downgraded to junk status. Another commercial behemoth falls to earth. Pensions under pressure after Tesco’s £250m cost-cutting measures.

Tesco downgraded to 'junk' despite turnaround plan. Why an obscure British data-mining company is worth $3 billion. Layout 1 - global-leadership-forecast-2014-2015_tr_ddi.pdf. The 12 Biggest Life Secrets Forgotten By Mankind. Challenging the Divine Right of Big Energy. The Disruption Machine.