'Trump a clear and present danger': Pelosi makes impeachment official. Trump releases video after being impeached again. Untitled. Interactive Aerial Map of Washington DC - Book Private Tours with See DC Today. Capitol riots: A visual guide to the storming of Congress. Must-See New Video Shows Capitol Riot Was Way Worse Than We Thought. Tapper: Will there be any consequences for the politicians who incited this violence? Police Officer Crushed in Door as Trump Loyalists Storm US Capitol. 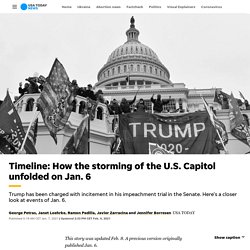 Capitol, and sent members of Congress fleeing as lawmakers were counting Electoral College votes to confirm the presidential victory of Democrat Joe Biden. Now, five people are dead, including a U.S. Capitol Police officer. Many of the rioters came directly from President Donald Trump’s “Save America Rally” that began hours earlier on the Ellipse, a park near the White House. Trump spoke to them for more than an hour, insisting that the election had been stolen. “Our country has had enough,” Trump said. Here is how events unfolded. Crowds of Trump supporters, estimated in the thousands, prepare for a pro-Trump rally near the Ellipse. Trump’s “Save America Rally” begins first with the president's sons Eric and Donald Trump Jr., then his lawyer, Rudy Guiliani. Lawmakers gather for a joint session in the House of Representatives chamber to count Electoral College votes. D.C. Capitol Hill riot: Timeline of how events unfolded in Washington.

Decoding the extremist symbols and groups at the Capitol Hill insurrection. The pictures tell part of the story of the beliefs of some of those who chose to show up on that day -- from passionate and peaceful Trump supporters to extremists who showed their hate with their symbols as well as their actions. 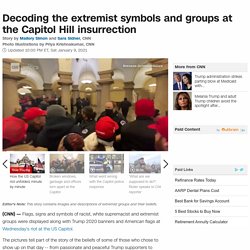 The mixing of the groups is one issue that experts who track extremism and hate have long been concerned about. The certification of the election results proved to be exactly the type of event that brought together various groups and could have led to radical ideas being shared, they say. The initial event, which was heavily promoted and encouraged by President Trump, gave all of these groups something to rally around. "This was an event designed to oppose the results of a free and fair democratic election and the transition of power that would naturally follow," Mark Pitcavage, a historian and expert in extremism with the Anti-Defamation League said.

Noose and gallows That treason rhetoric was seen on right-wing message boards in days leading up to the event. Pro-Trump Crazies SCREAM Insanity During Riot (VIDEO) Trump supporters who died during Capitol riot left online presence. A computer programmer who founded a social media website for supporters of President Donald Trump and an Alabama man who posted online “Load your guns and take to the streets!” 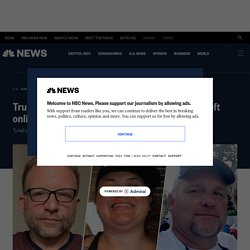 Were among the four who died when a mob stormed the U.S. Capitol. Another victim was Ashli Babbitt, 35, who was fatally shot by Capitol Police during the Wednesday incursion by rioters who demanded Congress reject the presidential election results. An ardent Trump supporter, Babbitt followed and promoted many well-known radical conservative activists and conspiracy theories. The others, Kevin Greeson, 55, of Athens, Alabama; Benjamin Philips, 50, of Ringtown, Pennsylvania; and Rosanne Boyland, 34, of Kennesaw, Georgia, died of medical emergencies, Washington, D.C., police said Thursday. Greeson had a history of high blood pressure and suffered a heart attack, his family said, and is survived by his wife, Kristi, and children. Mun said she no longer had a relationship with Philip and had nothing further to say. Trump's election fight includes over 50 lawsuits. It's not going well. President Donald Trump and his allies have filed dozens of lawsuits across the country in an attempt to contest the election results. 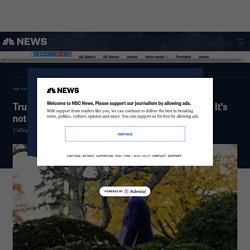 Most of them have been shot down or withdrawn, and no court has found even a single instance of fraud. Of at least 57 cases to have been filed, including some not directly involving Trump but which could nonetheless affect his standing, at least 50 have been denied, dismissed, settled or withdrawn. Woman dies after shooting during pro-Trump occupation of US Capitol. Watch ITV News Washington Correspondent Robert Moore's report from inside the US Capitol as protesters stormed the building A woman who was shot inside the US Capitol during violent pro-Trump protests has died, officials have told the Associated Press. 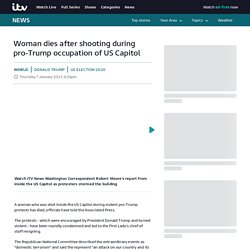 The protests - which were encouraged by President Donald Trump and turned violent - have been roundly condemned and led to the First Lady's chief of staff resigning. The Republican National Committee described the extraordinary events as "domestic terrorism" and said the represent "an attack on our country and its founding principles.” Lawmakers to be evacuated, which delayed the constitutional process to affirm President-elect’s Joe Biden's victory in the November election, after mobs stormed the US Congress on Wednesday. Violent protests spread across the U.S. after Capitol Hill riot. Full. What Is the Impeachment Process? A Step-by-Step Guide. Hero Officer Led Mob Away To Save Lives During Capitol Riot. Giuliani Left Voicemail For Senator After Riot Asking For Help To Overturn Election. Capitol Riot ‘More Sinister And Dangerous’ As Time Goes On.