(Almost) Every Sci-Fi/Fantasy TV or Movie Adaptation in the Works Right Now. Thanks to the landscape-shifting success of properties like Game of Thrones and Marvel’s Cinematic Universe, we’ve entered a golden age of sci-fi and fantasy being developed for film and television. 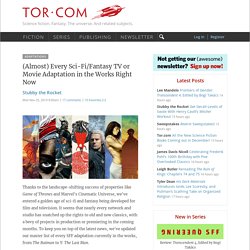 It seems that nearly every network and studio has snatched up the rights to old and new classics, with a bevy of projects in production or premiering in the coming months. The Good Omens Miniseries is a Love Story, and I Will Never Recover From It. I have been a devotee of Good Omens for the majority of my life. 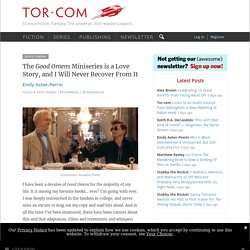 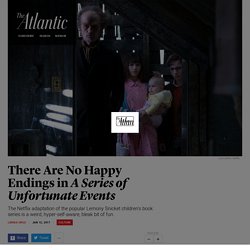 The popular books followed three young siblings whose parents die in a fire and who are placed in the care of one hapless or unsavory guardian after another, all the while being hunted by an evil distant relative hungry for their enormous fortune. Page after page proved verbose, fatalistic, dark—and utterly engrossing, thanks in part to the series’s enigmatic narrator, its macabre sensibility, and its wonky literariness.

From 'X-Men: Apocalypse' to 'Batman v Superman,' Sequels Aren't Making What Hollywood Needs Them To. Up until recently, the most common descriptor attached to Hollywood sequels was “critic-proof”—a backhanded compliment that describes how films cash out on fan interest and appeal to the lowest common denominator. 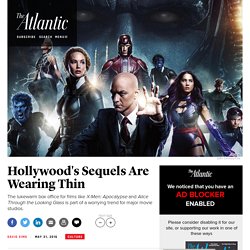 12 Eye-Opening Facts About 'Peaky Blinders' Peaky Blinders is a series based on the eponymous gang that may or may not have terrorized Birmingham, England after World War I. 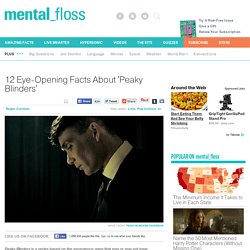 Cillian Murphy stars as Tommy Shelby, the leader of the Peaky Blinders, and the series was created by Steven Knight, who co-created Who Wants to be a Millionaire? Almost two decades ago. The British production has gained more and more American fans thanks to an exclusive distribution deal with Netflix (not to mention the addition of Tom Hardy to its cast in season two). Pourquoi Captain America Civil War a tout compris à Spider-Man. Here's Our Dream Cast For Disney's Live-Action "Mulan"

Big-Screen 'Wicked' Adaptation Eyeing 2016 Release. A Diverse, Gender-Swapped LOTR Recast - Book Riot. This past weekend, my roommate and I were on a mission to rewatch the extended versions of The Lord of The Rings. 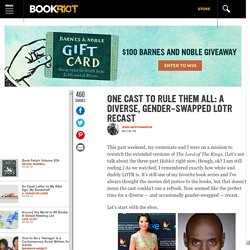 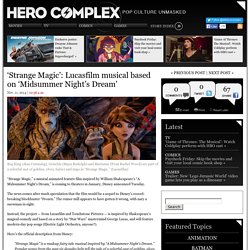 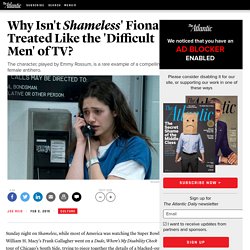 Two Sundance Movies Challenge the Straightness of Heterosexual Men. Watch 16-Year-Old Emma Stone Slay Meredith Brooks' 'Bitch' Guardians Of The Galaxy's Most Awesome Quotes Ever. Do you know one sure sign that James Gunn has created a timeless classic with Guardians of the Galaxy? 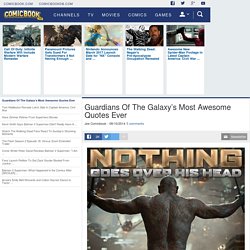 Fans are already quoting their favorite lines from the movie. A Treasury of Dumb Quotes About Whitewashed Casting From the People Responsible for ‘Exodus: Gods and Kings’ Let’s get this out of the way: I have not yet seen Exodus: Gods and Kings, Ridley Scott’s big-budget retelling of the Moses story, and God willing, I won’t have to. 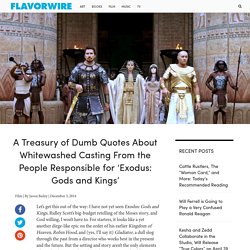 Jimmy Fallon Blew a Chance to Date Nicole Kidman. 13 Minor Disney Characters Who Are Actually Monsters. What ‘Mockingjay–Part 1′ Misses by Glossing Over Katniss’ Trauma. Throughout much of Mockingjay, the third novel in the Hunger Games series, the unraveling of Katniss Everdeen’s mind takes over the page. What Google’s New Study Tells Us About Why People Go to the Movies.

Nobody likes feeling irrelevant, and when steering people towards good movies and away from bad ones is part of how you make a living, it’s more than a little dispiriting when it seems no one’s listening. But if the grosses for Trans4mers and The Amazing Spider-Man 2 weren’t enough, now here’s this: Google conducted a study, analyzing nearly two years of search data, to determine what makes frequent moviegoers choose which movies they’ll see. As you may have guessed, the carefully composed missives of yours truly (and my critical brethren) don’t really figure into the equation. But frankly, neither do filmmakers, actors, or even word-of-mouth. No, the biggest influencer is the movie trailer (which might help explain why there’s six or seven of them before every feature nowadays). The study, which Google conducted with Millward Brown Digital, was focused on “how moviegoers research and choose the films they watch.” Of course, trailers aren’t the only element that comes into play.

Liam Hemsworth And Jimmy Fallon Try To Walk In High Heels. Is Pixar's Run of Greatness Over? I’ve written before (more than once, I’m afraid) about the dispiriting decline of Pixar over the past few years. After a run of success over its first 11 films unparalleled by anything else in contemporary cinema—a run that culminated with the astonishing trifecta of WALL-E, Up, and Toy Story 3—the studio seems largely to have lost its way. It began with 2011’s Cars 2, the leading contender for the worst Pixar film to date. Things improved with Brave the following year, and then regressed again in 2013 with Monsters University. This summer proved to be the first since 2005 in which Pixar did not release a feature at all: The Good Dinosaur, which was slated for release in May—having already been relocated from a 2013 date—was pushed back yet again, until late next year. The movie has undergone a very un-Pixar level of behind the scenes drama, with the original director, Bob Peterson, being removed from the project midway through.

The future slate looks still grimmer in this regard. Dear Pixar: Leave 'Toy Story' alone. Because there is perhaps no longer any such thing as an untouchable or sacred property in Hollywood, not that there were many in the first place, Toy Story 4 is happening. It’s not surprising, what with 2010’s Toy Story 3 opening to near universal acclaim en route to crossing the billion-dollar mark worldwide. Famous Television Show Home Floor Plans. After years of watching shows like Dexter and Two and a Half Men, you can’t help but become so attached to the television show that you start wondering what their household really looks like.

Spanish interior designer Iñaki Aliste Lizarralde had the same thought as us, and decided to do something for himself creating this incredible series of highly detailed floor plans from some of our favorite television shows.