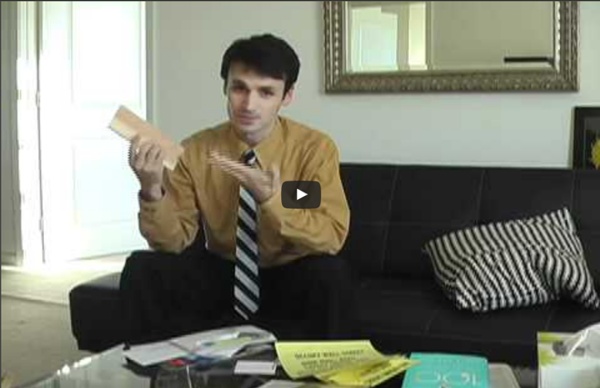 Occupy Winston-Salem Occupy Portland Outsmarts Police, Creating Blueprint for Other Occupations Photo by Paul by Lester Macgurdy The Portland Occupation stumbled upon a tactical innovation regarding occupying public spaces. This evolution in tactics was spontaneous, and went unreported in the media. The tactical evolution that evolved relies on two military tactics that are thousands of years old- the tactical superiority of light infantry over heavy infantry, and the tactical superiority of the retreat over the advance. Heavy infantry is a group of soldiers marching in a column or a phalanx that are armed with weaponry for hand to hand, close quarters combat. Light infantry are armed with ranged weapons for assault from a distance. Protesters function fluidly as either light or heavy infantry. Because of the lack of organization in a crowd of protesters, light infantry cops firing tear gas, etc. has little effect because it just serves to disorganize a group that relies upon disorganization in the first place. Photo by Lauriel

A Serious Occupation: Workers Occupy Goose Island Factory | Occupied Chicago Tribune Armando Robles, a worker at Serious Materials and president of UE Local 1110, raises his fist inside the occupied factory. Photo by Aaron Cynic. A little over three years since the Republic Windows and Doors workers in Chicago won back their pay and benefits from the closing company by occupying their Goose Island factory, they are at it again. The workers are occupying the same factory, now owned by Serious Materials, to protest being laid off without notice after the closure of the factory. “We are not leaving until we are satisfied,” Melvin Maclin, a worker at Serious Materials and vice president of UE Local 1110, told the Occupied Chicago Tribune . Arise Chicago issued an action alert announcing the action: UE [United Electrical Radio and Machine Workers of America] union is occupying Serious Materials factory, the former Republic Windows, right now . Pizza was delivered to the occupying workers, but met with some resistance from Chicago police present. Updated: 9:40 p.m. 10 p.m.

In a 325-Page SEC Letter, Occupy's Finance Gurus Take on Wall Street Lobbyists Yesterday, a group affiliated with Occupy Wall Street submitted an astounding comment letter to the Securities and Exchange Commission. Point by point, it methodically challenges the arguments of finance industry lobbyists who want to water down last year's historic Dodd-Frank Wall Street reforms. The lobbyists have been using the law's official public comment period to try to kneecap the reforms, and given how arcane financial regulation can be, they might get away with it. But Occupy the SEC is fighting fire with fire, and in so doing, defying stereotypes of the Occupy movement. Its letter explains: Occupy the SEC is a group of concerned citizens, activists, and professionals with decades of collective experience working at many of the largest financial firms in the industry. Proprietary trading by large-scale banks was a principal cause of the recent financial crisis, and, if left unchecked, it has the potential to cause even worse crises in the future.

Occupation Nation 10 Steps We Can Take Right Now to Build the New Economy | Economy Are we ready for a new economy? And a new politics? First, some definitions. I think we can define the new economy as one where the overriding purpose of economic life is to sustain and to strengthen People, Place, and Planet, and is no longer to grow Profit, Product (as in gross domestic), and Power. And a new politics? Well, then, let’s explore how we can begin the process of transformation to a new economy and a new politics. Step 1 The journey to a new political economy begins when enough Americans have come to two important conclusions. A growing number of Americans are already finding it impossible to accept the deteriorating conditions of life and living. Step 2 What I call progressive fusion. Critical here is a common progressive platform. A powerful part of the drive for transformation must be a compelling envisioning of the world we would like to leave for our children and grandchildren — a new American Dream, if you will. Step 3 Step 4 Step 5 Step 6 Step 7 Step 8 Step 9 Step 10

100 Million Poor People In America And 39 Other Facts About Poverty That Will Blow Your Mind Every single day more Americans fall into poverty. This should deeply alarm you no matter what political party you belong to and no matter what your personal economic philosophy is. Right now, approximately 100 million Americans are either "poor" or "near poor". For a lot of people "poverty" can be a nebulous concept, so let's define it. When it comes to poverty, most Americans immediately want to get into debates about tax rates and wealth redistribution and things like that. But the truth is that they are missing the main point. The way we slice up the pie is not going to solve our problems, because the pie is constantly getting smaller. Our economic infrastructure is being absolutely gutted, the U.S. dollar is slowly losing its status as the reserve currency of the world and we are steadily getting poorer as a nation. Don't be fooled by the government statistics that show a very small amount of "economic growth". So that means we are getting poorer as a nation. #9 According to the U.S.

Debt strike Gan Golan as the Master of Degrees. From the book The Adventures of Unemployed Man by Gan Golan and Erich Origen. Photo by Friedel Fisher. If you owe the bank $100, that’s your problem; if you owe the bank $100 million, that’s the bank’s problem.” John Paul Getty To fight back against financial exploitation when many people are crushed by debt. What does non-cooperation with our own oppression look like? With wages in many countries stagnant since the 1970s, people have increasingly turned to debt financing to pay for education, housing and health care. Most people feel obliged to pay back loans no matter the cost, or fear the lasting consequences of default, but the financial crisis has begun to change that. Enter the , an experiment in collective bargaining for debtors. Coordination is key. A debt strike is audacious, simple, and easy to participate in — easier than paying bills, since all you have to do is pay your bills. Sarah Jaffe is a journalist, rabblerouser, and Internet junkie.

Third Party Debates AMY GOODMAN: This is Democracy Now!, democracynow.org, The War and Peace Report. I’m Amy Goodman, as we continue our "Expanding the Debate" series. As President Obama and Mitt Romney debated at Hofstra University on Long Island, we are now going to include the voices of three presidential candidates shut out of last night’s debate: Dr. Jill Stein of the Green Party, Rocky Anderson of the Justice Party and Virgil Goode of the Constitution Party. We begin at Hofstra University with the debate moderator, Candy Crowley of CNN. CANDY CROWLEY: Governor Romney, as you know, you won the coin toss, so the first question will go to you. JEREMY EPSTEIN: Mr. MITT ROMNEY: Thank you, Jeremy. Yours question—your question is one that’s being asked by college kids all over this country. I was in Pennsylvania with someone who had just graduated. When I was governor of Massachusetts, to get a high school degree, you had to pass an exam. I’m going to change that. 2014. CANDY CROWLEY: Mr. AMY GOODMAN: Dr.