About the Competition. The Interactive Fiction Competition is an annual event begun by passionate hobbyists in 1995 to encourage both the creation and the discussion of new interactive fiction works (also known as IF). 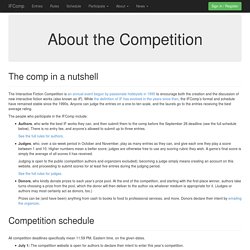 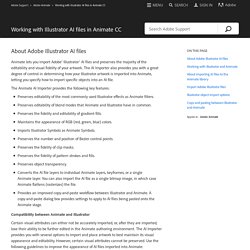 If your Illustrator file contains multiple artboards, you select the artboard you want to import from the Import dialog box in Animate, and specify settings for in that artboard for all layers. All objects on the selected artboard can be imported as a single or multiple flash layers or keyframes in Animate. When you import Illustrator artwork as an AI, EPS, or PDF file, Animate preserves the same attributes as for pasted Illustrator artwork. In addition, when an imported Illustrator file contains layers, you can import them in any of the following ways: Symbol workflow. How to create buttons with Animate CC. How to create buttons with Adobe Animate. Flash - Actionscript 3 - jumping between frames in a MovieClip? Adobe ActionScript 3.0 * Controlling movie clip playback. Sending a movie clip to a new frame is a simple affair. 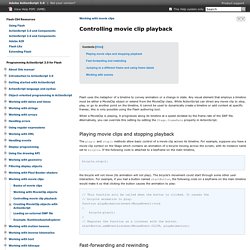 Calling either gotoAndPlay() or gotoAndStop() will jump the movie clip to the frame number specified as a parameter. Alternatively, you can pass a string that matches the name of a frame label. Any frame on the timeline can be assigned a label. To do this, select a frame on the timeline and then enter a name in the Frame Label field on the Property inspector. The advantages of using frame labels instead of numbers are particularly evident when creating a complex movie clip. To represent frame labels in code, ActionScript 3.0 includes the FrameLabel class. In order to get access to the FrameLabel instances associated with a movie clip instance, the MovieClip class includes two properties that directly return FrameLabel objects. 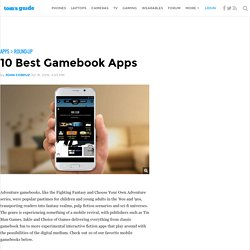 The genre is experiencing something of a mobile revival, with publishers such as Tin Man Games, Inkle and Choice of Games delivering everything from classic gamebook fun to more experimental interactive fiction apps that play around with the possibilities of the digital medium. Check out 10 of our favorite mobile gamebooks below. Ryan North's To Be or Not To Be (Android, iOS) ($5.99) Imagine William Shakespeare's "Hamlet" as a choose-your-path gamebook app, and you get Ryan North's To Be or Not To Be, which has you playing the part of Hamlet, Ophelia or Hamlet Senior on their insane adventures.

Trial of the Clone (Android, iOS) ($5.99) MORE: Best iOS Games Choices: And The Sun Went Out (Android, iOS) (Free) Sorcery! In Steve Jackson's Sorcery! Series - Telltale. Shel Silverstein. “My beard grows to my toes, I never wear no clothes, I wraps my hair Around my bare, And down the road I goes.” – “My Beard” Where the Sidewalk Ends “Needles and pins, Needles and pins, Sew me a sail To catch me the wind.” – from “Needles and Pins” Falling Up “Millie McDeevit screamed a scream So loud it made her eyebrows steam.” – from “Screamin’ Millie” Falling Up “I will not play at tug o’ war. 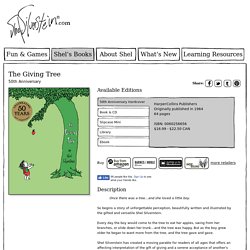 I’d rather play at hug o’ war” – from “Hug O’ War” Where the Sidewalk Ends “If you are a dreamer, come in.” – from “Invitation” Where the Sidewalk Ends “Anything can happen, child, ANYTHING can be.” – from “Listen to the Mustn’ts" Where the Sidewalk Ends “Balancing my ABCs Takes from noon to half past three. Tales from the Crypt Reboot Wants Fans to Write Episodes. TNT and TBS, divisions of Turner, and Wattpad, the global multiplatform entertainment company for original stories, are teaming up for a first-of-its-kind partnership designed to give the Wattpad community the opportunity to have their stories adapted for the TNT and TBS networks. 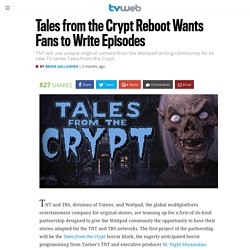 The first project of the partnership will be the Tales from the Crypt horror block, the eagerly anticipated horror programming from Turner's TNT and executive producer M. Night Shyamalan.