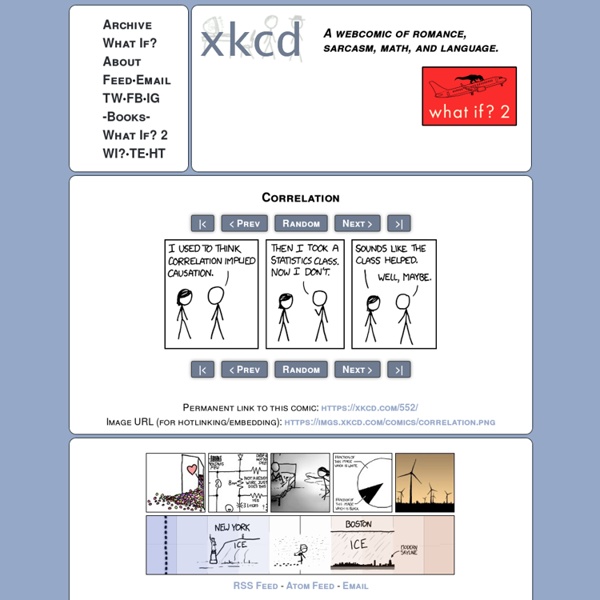 scales - Visualizing Likert Item Response Data Correlation When two sets of data are strongly linked together we say they have a High Correlation. The word Correlation is made of Co- (meaning "together"), and Relation Correlation is Positive when the values increase together, and Correlation is Negative when one value decreases as the other increases Like this: Correlation can have a value: 1 is a perfect positive correlation 0 is no correlation (the values don't seem linked at all) -1 is a perfect negative correlation The value shows how good the correlation is (not how steep the line is), and if it is positive or negative. Example: Ice Cream Sales The local ice cream shop keeps track of how much ice cream they sell versus the temperature on that day, here are their figures for the last 12 days: And here is the same data as a Scatter Plot: We can easily see that warmer weather leads to more sales, the relationship is good but not perfect. In fact the correlation is 0.9575 ... see at the end how I calculated it. Correlation Is Not Good at Curves Where:

Learning statistics For a lot of people who are beginners to research, statistics is an impenetrable forest of numbers. Here are some of the most accessible web-based guides to statistical thinking. (If you're a statistician, this site is not intended for you. Try somewhere more advanced, such as this list of statistical resources from York University in Toronto. Learning statistics What's the best way to learn statistics? you can take a course, you can try to learn it from a book, you can have somebody show you how, or you can jump in at the deep end and just do it. There are plenty of stats courses available - if you're under about 40 and have tertiary education, you've probably done at least one compulsory course - and very likely not understood much of it. Some people take the approach that these days, with statistical software widely available, you don't need to know much about statistics. Statistical methods When you're studying statistics for the first time, initially it seems not too difficult.

Good examples of: Correlation doesn't prove Causation Quote: Even if this is true (and i doubt it is) it remains a perfect example of a causative effect. Causative effects don't have to be direct to be causative. In both science and law, what you just described is known as a proximate cause. To give you a more obvious example: Being shot in the heart is a proximate cause of death. But in science, law and common speech, we refer to being shot in the heart as being a cause of death. A relationship doesn't have to be direct to be considered causative. A relationship only becomes purely correlative when the two factors are not part of a causal chain.

THE DREAD TOMATO ADDICTION Ninety-two point four per cent of juvenile delinquents have eaten to- matoes. Eighty-seven point one per cent of the adult criminals in penitentiaries throughout the United States have eaten tomatoes. Informers reliably inform that of all known American Communists ninety-two point three per cent have eaten tomatoes. * It is suggested that best results will be obtained by using an experimental subject who is thoroughly familiar with and frequently uses the logical methods demonstrated herein, such as: (a) The average politician. This was originally published in the February 1958 edition of Astounding. PreviousHomeNext

Correlation (I) Correlation Association Between Variables Prerequisites Before reading this tutorial, you should already be familiar with the concepts of an arithmetic mean, a z-score, and a regression line. If you are unfamiliar with arithmetic means, see the tutorial on Mean, Median, and Mode. Introduction Two variables are said to be "correlated" or "associated" if knowing scores for one of them helps to predict scores for the other. In this tutorial you will examine the following concepts: Correlation Units of Analysis in Frequency Distributions Correlation and Standardized Distribution Scores Correlation vs. Correlation Here is a scatterplot of heights and weights for a sample population: Looking at this graph, you should get the sense that there is some relationship between a person's height and their weight. What should a measure of correlation r depend on? In this equation, n is the sample size, is the observed sample mean for variable x, Regression and correlation are intertwined. Activity 1 Activity 2

Writing Guide: Introduction to Statistics Writing@CSU Guide Statistics is a set of tools used to organize and analyze data. Data must either be numeric in origin or transformed by researchers into numbers. For instance, statistics could be used to analyze percentage scores English students receive on a grammar test: the percentage scores ranging from 0 to 100 are already in numeric form. Statistics could also be used to analyze grades on an essay by assigning numeric values to the letter grades, e.g., A=4, B=3, C=2, D=1, and F=0. Employing statistics serves two purposes, (1) description and (2) prediction. Statistics is also frequently used for purposes of prediction. Prediction is a method employed by individuals throughout daily life.