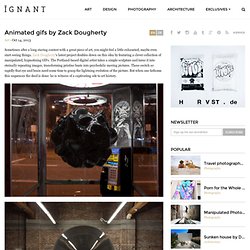 Zack Dougherty‘s latest project doubles down on this idea by featuring a clever collection of manipulated, hypnotizing GIFs. The Portland-based digital artist takes a simple sculpture and turns it into eternally repeating images, transforming pristine busts into psychedelic moving pictures. These switch so rapidly that eye and brain need some time to grasp the lightning evolution of the picture. 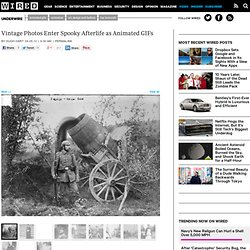 "There's a conflict between the cannon, which has the sole purpose of destruction, and the soldier, whose soul is capable of both good and evil," he says. Turn-of-the-century feminist Mother Jones struck Weir as a mythic character. "She seems shrouded in mysticism, full of mischief and hidden power," he says. "She's exactly the type of person that would burst into a flock of crows. " "He looks like an untrustworthy character and he's wearing an interesting hat, which looked like it should open up," Weir says of this photo of Krupp Von Bohlen. Kevin Weir turns vintage photos, like this portrait of a Russian royal, into expressive animated .gifs. Iron Man Gets the Shakes and Other Superheroic Animated GIFs. Monstrous Animated GIFs Give Classic Creatures a Noir Look. This Loch Ness monster animated GIF is just one of the creatures in the Saline Project's Monsters, Villains, Heroes and Victims series. 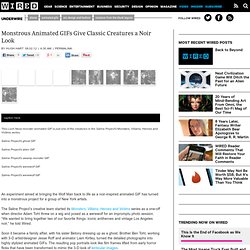 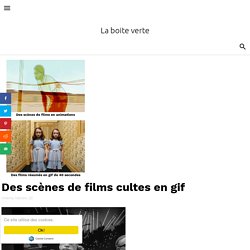 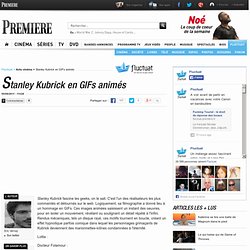 Sparkler$ - Behind The Scenes Video. Ryan Enn Hughes / Director + Photographer / Toronto, Canada - GIFS. Born in 1987. As part of the exhibition: Born in 1987: The Animated GIF we are inviting the public to respond to their show by creating and submitting their own GIFs. 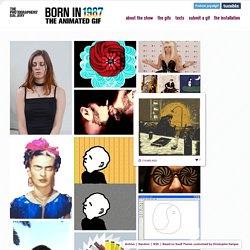 We will be featuring the public submissions on this website, plus an edited selection will be shown on The Wall (a 2.7 x 3m screen) in the main foyer of The Photographers’ Gallery in the final weeks. Because all GIFs featured on The Wall will be visible to both visitors to the building plus all passersby on Ramillies St through glass windows, your submissions will have to meet some editorial guidelines. For example, we won’t be able to exhibit GIFs on The Wall which are not suitable for a general audience, or GIFs which may have rapid flashing or changes in luminosity which may have a negative impact on members of the public with photosensitive epilepsy. As a guideline, no more than 3 rapid changes to the image per second should appear. To submit your work, you will need to create a Tumblr Account, and upload your GIF. Andrew Harlow. Today I had the opportunity to ask one of my favorite bloggers a few questions. 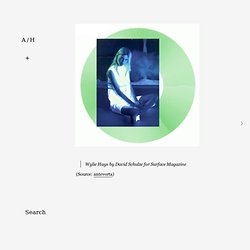 Kate is the creative force behind foudre.co, and she also runs an incredible fashion editorial blog. Besides curating scans and runway photos, Kate also creates animated “gifs” that have become quite popular. Her blog has always been a favorite of mine, and it was a true pleasure to be able to chat with her. When did you first become interested in fashion? "It’s kind of cliché I guess, but I’ve loved being creative with clothes for as long as I can remember. Reboot: these stunning still-life photos will take you back to the future. RRRRRRRROLL_gif. From Me To You. Story Behind Those Stunning Cinematic Gifs. Here at theMET, we're always looking for creative projects that catch our eye.

We got in touch with Jamie Beck and her partner Kevin Burg to ask them about their "cinemagraph" technique where they combine still photographs and video to create these magnificent mini films. – agnesdelmotte

More than anything, we love posting about work that pushes boundaries, showing our audience something that has been changed, flipped or spinned into something magically different. 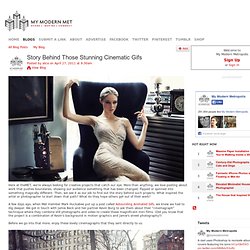 Then, we see it as our job to find out the story behind such projects. What inspired the artist or photographer to start down that path? What do they hope others get out of their work? A few days ago, when Met member Mark Huckabee put up a post called Astounding Animated Gifs, we knew we had to dig deeper. Before we go into that more, enjoy these lovely cinemagraphs that they sent directly to us.

What's been the response like, so far, on your animated gifs? Which of them is your favorite piece and why?