Blog.giphy. What was the first GIF you made? 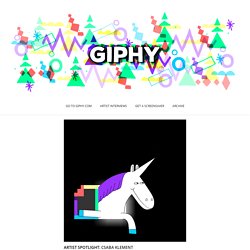 Unfortunately I don’t have a clue because generally I delete those works that I’m not pleased with. The GIF Pronunciation Page. Gif rescue at tom moody. Archive for the ‘gif rescue’ Category GIF Rescue - Angelo Plessas Above is the final GIF we'll be rescuing from this GIF-off ladder competition: the humanitarian impulse has flagged along with pageviews, RSS subscribers, and twitter followers as this series has progressed. 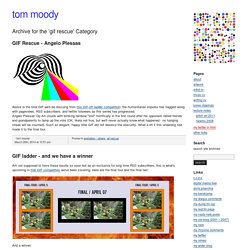 Angelo Plessas' Op Art clouds with blinking rainbow "lost" horrifically in the first round after his opponent rallied friends and grandparents to ramp up the vote (OK, likely not true, but we'll never actually know what happened - no hanging chads will be counted). Such an elegant, happy little GIF did not deserve the obscurity. What a lift if this underdog had made it to the final four. GIF ladder - and we have a winner. History of the Portable Network Graphics (PNG) Format. The story of PNG actually begins way back in 1977 and 1978 when two Israeli researchers, Jacob Ziv and Abraham Lempel, first published a pair of papers on a new class of lossless data compression algorithms, now collectively referred to as “LZ77” and “LZ78.” 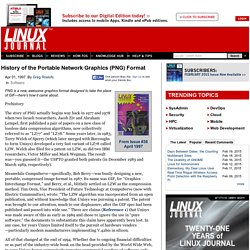 Some years later, in 1983, Terry Welch of Sperry (which later merged with Burroughs to form Unisys) developed a very fast variant of LZ78 called LZW. Welch also filed for a patent on LZW, as did two IBM researchers, Victor Miller and Mark Wegman. The result was—you guessed it—the USPTO granted both patents (in December 1985 and March 1989, respectively). Gif, caduta e ascesa del formato che salverà il Web. Please Be Patient - This Page is Under Construction. Olia Lialina. A Vernacular web. Indigenous and Barbarians. An extended and illustrated version of my talk at the Decade of Web Design Conference in Amsterdam, January 2005 Deutsche Version in Telepolis Teil I Teil II Teil III Teil IV Version Español in A Minima magazine pdf Vernacular Web 2, published in August 2007 Vernacular Web 3, published in July 2010 The Indigenous and The Barbarians. 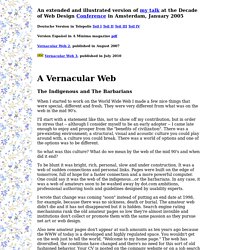 Christina Hendricks on an endless loop: The glorious GIF renaissance. Every outdated format has its cult. 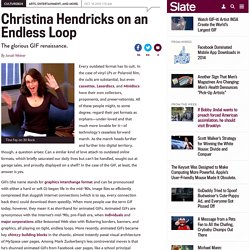 In the case of vinyl LPs or Polaroid film, the cults are substantial, but even cassettes, Laserdiscs, and Minidiscs have their own collectors, proponents, and preservationists. Top 10 Web Design Trends for 1993. Prof. Dr. Style. Top 10 Web Design Styles of 1993 (Vernacular Web 3) Codeword Every term I give an introduction to Interface Design studies to new students. 99% of them are under the delusion that the design of everything in the world is made in Photoshop or other Adobe products. 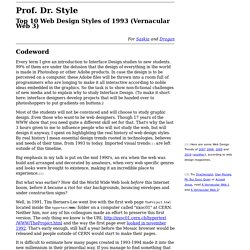 In case the design is to be perceived on a computer, these Adobe files will be thrown into a room full of programmers who are longing to make it all interactive according to noble ideas embedded in the graphics. So the task is to show non-fictional challenges of new media and to explain why to study Interface Design. (To make it short here: interface designers develop projects that will be handed over to photoshoppers to put gradients on buttons.) Most of the students will not be convinced and will choose to study graphic design. A Vernacular Web. GIF Archaeology - gifs animated-gifs internet. I'm writing a paper on (animated) GIFs and am trying to track down some of the most (in)famous. 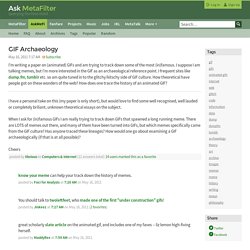 I suppose I am talking memes, but I'm more interested in the GIF as an archaeological reference point. I frequent sites like dump.fm, tumblr etc. so am quite tuned in to the glitchy/kitschy side of GIF culture. Digital Pioneers - Franki Goodwin. I remember it being announced every hour on the Radio 1’s newsbeat that the film was going live at 6pm and we were still building the front end – it was nuts. 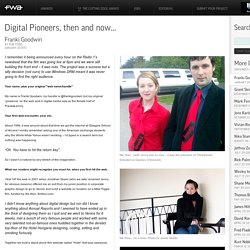 The project was a success but a silly decision (not ours) to use Windows DRM meant it was never going to find the right audience. Your name, plus your original "web name/handle" My name is Franki Goodwin, my handle is @frankigoodwin but my original ‘presence’ on the web and in digital media was as the female half of Franki&Jonny. Your first web encounter, year etc. About 1998, it was around about that time we got the internet at Glasgow School of Art and I vividly remember asking one of the American exchange students why the World-Wide-Yahoo wasn’t working – I’d typed in a search term but nothing was happening. 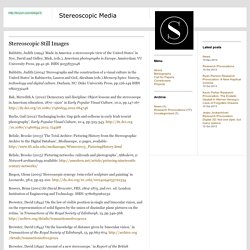