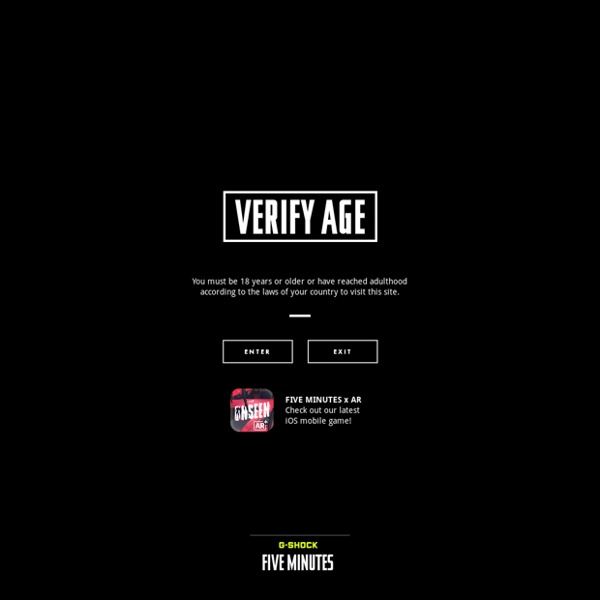 Games for people who don't play games - The Space Games can be scary – they can feel impenetrable, and like they’re all about shooting things and using controllers that look incomprehensible. It’s OK to feel that, but also, there are people making games that don’t feel like that. There’s a difference between CATS and a small piece of contemporary theatre, or independent film and Hollywood, and in the same way there’s a part of the medium ‘games’ that are producing beautiful, artistic experiences. This is a list of ten games for people in the arts who wouldn’t put their hand up when asked "do you play games?"

Apps - Van Gogh Museum Home Language Contact Cookie Policy Disclaimer Terug naar boven Menu App: Touch Van Gogh Click the black background and switch on their reality - politiken.dk Foto 28. Feb 2017 kl. 08.07 2016 was the Year of the Child Refugees. Bare feet on cold roads. Filmmakers Collaborative FC offers low cost fiscal sponsorship to independent producers across the country. Many foundations will not issue grants to individuals but only to non-profits, so instead of starting their own 501(c)3 organization, filmmakers often align themselves with an established non-profit, allowing them to apply for a wide range of grants and offer their donors a tax deduction. FC is not simply a “pass through;” it is a member organization that accepts and administers contributions made to our members’ projects, monitors reports to ensure that grant funds are spent in accordance with funder requirements, and acts as the liaison between foundations and filmmakers.

The Best Way to Make Arcade Games - Construct 3 Create Your Games Arcade games are the bread and butter of online gaming. It's never been easier to create your own arcade games with Construct. Brimming with features designed to make it a breeze, and brimming with technology to make your games run as smooth as butter.

» Out My Window Still image from recently found footage: An uncle’s self-documentation 20 years ago with a super 8 film camera in a Toronto highrise. This remarkable footage is providing clues for Maria-Saroja Ponnambalam, HIGHRISE community media coordinator, in her documentary about the mysteries of her uncle’s immigration to Canada, and his struggle with mental health issues. I asked Maria to guest blog about how she found the footage, her uncle, and how it unexpectedly relates to HIGHRISE. My father was convinced he had no films of his brother Pandi. While I was interviewing him on camera, he insisted on showing a box with a super-8 projector in it that belonged to Pandi. He had barely put his hand inside the box when he came across a smaller box, with a roll of developed film inside!

Transmedia Services Rise of Pervasive Communications Today's most desirable target markets, Millennial young adults and Generation Z ‘tweens and teens, have come of age in a time of pervasive communications. As a result they are far more media savvy, interpersonally connected, and able to express themselves than any previous generation.

Our Team Creativity is making something out of nothing. It’s what we did with Red Six Media, and it’s what we enjoy doing for our clients.The Red Six appeal is growing in Baton Rouge and across the Gulf South. Get your popcorn ready. Montecarlo - Barcelona, Spain., Química visual. OFFICIAL PROFILE Montecarlo, born in Barcelona, Spain. BA in Fine Arts and MBA in Film and TV. Started his career as a comic-book author (writer & artist) and video maker. Transmedia Journalism Principles Jump to: Previous Page: “Where Journalism Has Gone Before”Spreadable | DrillableContinuous and SerialDiverse and Personal in ViewpointImmersive | ExtractableOf Real Worlds | Inspiring to Action Next page: Building Transmedia Journalism “There are no new ideas in the world. Only a new arrangement of things.” — Henri Cartier-Bresson Almost Transmedia Looking at journalism in terms of Henry Jenkins’ seven principles, all of the characteristics of transmedia as he defines it have individually been implemented in a journalism or documentary context before. Though they may not yet have been designed together in a single storyline, all the pieces of the puzzle are there already.

Futures of Entertainment: Archives For more than a year now, I've written about taking a transmedia approach to journalism and how that approach can be best accomplished. I'm not talking in this sense about giving conglomerates the chance to squeeze more blood from the stone, to get three times as much work from half as many journalists, or else the myth of the uberjournalist, where one person should be sent into the field to take the pictures, do the story, get video, and then come back to write the story, publish the photographs, put the video up on the Web, appear on the TV station, and so on. Instead, what I mean is finding the best platform possible to tell the story in, to use each medium to its strengths. As I wrote back in that July post linked to above, "The problem is simply that convergence, as a buzzword, is too broad. The latest issue of The Convergence Newsletter features a piece by Randy Covington that originally ran in the Winter 2006 issue of Nieman Reports.

Rafael Lozano-Hemmer - Project "Voz Alta" Relational Architecture 15 "Voz Alta" (Loud Voice) is a memorial commissioned for the 40th anniversary of the student massacre in Tlatelolco, which took place on October 2nd 1968. In the piece, participants speak freely into a megaphone placed on the "Plaza de las Tres Culturas", right where the massacre took place. As the megaphone amplifies the voice, a 10kW searchlight automatically "beams" the voice as a sequence of flashes: if the voice is silent the light is off and as it gets louder so does the light's brightness. As the searchlight beam hits the top of the building of the Ministry of Foreign Affairs, now Centro Cultural Tlatelolco, it is relayed by three additional searchlights, one pointed to the north, one to the southeast towards Zócalo Square and one to the southwest towards the Monument to the Revolution.

Jake Barton: Where space and storytelling meet Jake Barton has always been interested in the "mash-mash of space and storytelling". The founder of New York-based media design company Local Projects previously designed interior architecture for museums, created sets and directed for the theater. He believes the best way to bring these two elements together is through the use of technology.