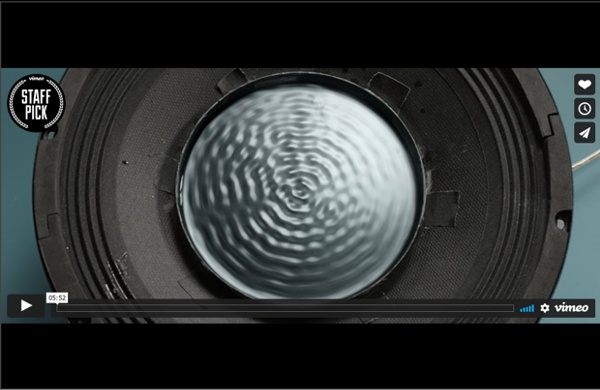 The dimensions of all the most popular balance boards and size of their rollers so you can make your own balance board. — Balance Training Forum Finally choosing the type of roller can be the hardest part because different rollers will make the balance board behave differently. Furthermore most mass produced balance boards come with a specially built roller that is going to be hard to replicate with parts that are easily obtained so you are going to be left trying to find something to use as a roller that will be suitable for your applications. Here are some of the different types of rollers i have personal tried using on diy balance board and my experiences with the. First off I felt using a larger roller slowed down the movement of the board and made it easier to use. 2 inch black pipe- balance board was very twitchy, the board slammed on the ground often, was very challenging to use and not very fun. 4 inch pvc pipe - Balance board reacted slower and moved slower, was fun to use but the balance board slid around on the pvc pipe.

The Psychology of Music: Why Mood and Memory Matter Whether it's for entertainment or therapy, music makes us more cooperative and willing to do tasks that otherwise we would find tedious, like cleaning, working, exercising, or studying. Once the dopamine is in effect, your brain is motivated to keep going and get things done faster. Music services are evolving to respond to these basic needs, as well. Rather than simply categorizing music by the traditional genres we're accustomed to, Spotify curates playlists for users with titles like "Cocktail Infusions," "A Little Afternoon Delight," and "Mood Booster."

A Musician Explains Why Spotify Is Not The Enemy Lucas Jackson/ReutersSinger Taylor Swift performs on ABC's "Good Morning America" to promote her new album "1989" in New York, October 30, 2014. Swift recently pulled all of her albums from Spotify. This is in no way intended to be an attack on Taylor Swift. Because the only thing more ridiculous than fighting the exciting and inevitable shift to a ubiquitous streaming music culture would be to question the business decisions of an artist who just went platinum for the third time since 2010. That takes more than songs people want to hear over and over.

The Pleasure of Music is not Universal The study had a prior phase in which researchers, together with colleagues from the University of Montreal, asked about the differences in musical tastes. In other words, with their study, published in the journal Music Perception last year, they just wanted to find out how music is enjoyed at the individual level. “We were taking it for granted that everyone loves music, and suddenly the following question arose – what if it’s not true?” CAT NAIL TRIMMING: A BEGINNER'S GUIDE - The Catnip Times I took the liberty of artistically enhancing this photo from a fan's cat named Lillian... I just fell in love with this little...

Romain Laurent We will always have French kissing.Quoiqu’il arrive, on se roulera toujours des pelles. This past week has been as intense as it gets for a lot of people in Paris. I happened to be visiting for a couple week. We were all affected one way or another. Horrible stories after horribles stories were shared, friends lost loved ones, were wounded, attacked while doing nothing more than just enjoying life. The Godmother of Rock & Roll: Sister Rosetta Tharpe Live in Manchester, 1964 by Maria Popova “I’m singing, oh I’m singing in my soul, when the troubles roll, I sing from morn’ till night, it makes my burdens light…” Reconstructionist and Literary Jukebox hero Sister Rosetta Tharpe is celebrated as gospel music’s first superstar, the godmother of rock and roll, “the original soul sister.”

Photographer Recreates Famous Portraits With John Malkovich As His Model Renowned photographer Sandro Miller has worked together with legendary Hollywood A-Lister John Malkovich many times, but when Miller wanted to celebrate the photography greats that had inspired and guided him, he had to do something special. So he, with Malkovich as his dashing unisex model, recreated some of those influential photographers’ most important portraits in a photo series called “Malkovich, Malkovich, Malkovich: Homage to photographic masters.” Show Full Text The series puts both Miller’s exceptional photography and Malkovich’s masterful acting talents front and center. Miller gets each amazing portrait’s lighting, mood and composition down perfectly, while Malkovich replicates the subject’s emotions and expressions so perfectly that the photos become nearly indistinguishable, regardless of the age or gender of the original subject. And it was all done without Photoshop!

Engines of Creation with Joe Satriani: An Introduction to Modal Theory In this classic GW column, Joe Satriani introduces you to modal theory. In this classic Guitar World column, Joe Satriani goes in-depth with understanding modal theory. A major stepping stone in my musical development was when I was introduced to the study of modes. Learning how modes work really opened my eyes and ears and gave me a lot of insight into how melodies relate to chords. The term “mode” refers to a set of notes that can be derived from a specific scale. For example, the C major scale is spelled C D E F G A B; this is also known as the C Ionian mode.

Exclusive Clip From Andy Summers' New Documentary, 'Can't Stand Losing You: Surviving the Police' When Police guitarist Andy Summers released his memoir, One Train Later, in 2006, it came just before the band's reunion and subsequent world tour, so it's a document definitely deserving of an update. The turbulent relationship between the band's members made for enticing drama, and having eyes and ears on the inside would be a rock and roll voyeur's dream come true. Fortunately, Summers has put together a new documentary based on his memoir, featuring behind the scenes footage and insight from the band's 2007 reunion, including scenes of stressful rehearsals, unexpected key changes at soundchecks, and new hindsight from Summers on the band's musical output.

The Wörld Is Yours The Wörld Is Yours is the twentieth album by British Rock band Motörhead, released on 14 December 2010 internationally and in the United States a month later. The album was produced by Cameron Webb,[1] and is dedicated to Ronnie James Dio, who had died of stomach cancer seven months earlier. Release[edit] The standard CD release of The Wörld Is Yours was released several weeks later on 17 January 2011, through Motörhead's own label, Motörhead Music, distributed by EMI Label Services.[2][3] The album would subsequently be released in North America on 8 February 2011.[4] Two special editions of the album were also announced.

Six seconds that shaped 1,500 songs - BBC News Amen, Brother was a little-known B-side released in 1969. Barely noticed at the time, its drum solo has been hugely influential, appearing in different forms in more than 1,500 other songs - but the band behind it never made any money from it. "It felt like plagiarism and I felt ripped off and raped," says Richard L Spencer, lead singer of The Winstons - the band that recorded the original track. "I come from an era where you didn't steal people's ideas."

Stone Free: A Tribute to Jimi Hendrix Several decades after his tragic and premature death, Jimi Hendrix looms even more larger and deeper than ever. An intrepid risk taker and untamed musical force that he was, this pre-eminent guitarist of the 20th century achieved his position by treating his guitar rather differently than the others. Fueled by a boundless musical imagination, Hendrix used device he could find in order to amplify the multicolored sounds he heard in his imagination.