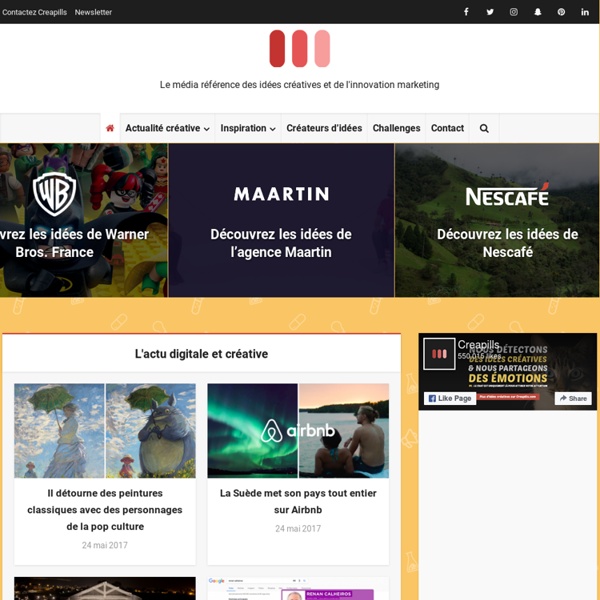 Introduction to Marketing: Tools to Set Enterprises Apart Want to learn how successful businesses use marketing to increase revenue, share and profitability? In an increasingly competitive market, marketing skills are vital to help organizations stand out, win customers, build loyalty and sustain long term impact and returns. This business and management course will help you understand the role of marketing and introduce you to the latest tools to help create value and competitive advantage for an enterprise. In an exciting age where innovation and new business models are required to stay ahead of competitors, we explore how new players in a market can achieve impact through marketing, providing you with unique insight to even apply within your own business venture.

Design Evolution On The Web Explained As with everything, the evolution of web design is moving forward at an ever more rapid pace. In order to understand what appeals to people, you would have to look at the design evolution and track what’s popular now and what was popular in the past. Maybe there will be a design revival soon, and it would be good to know what that might be all about. Technology of course plays a huge part in the way we design for the web. eDonkey network The eDonkey Network (also known as the eDonkey2000 network or eD2k) is a decentralized, mostly server-based, peer-to-peer file sharing network best suited to share big files among users, and to provide long term availability of files. Like most sharing networks, it is decentralized, as there is not any central hub for the network; also, files are not stored on a central server but are exchanged directly between users based on the peer-to-peer principle. Currently, the eD2k network is not supported by any organization (in the past it was supported by the MetaMachine Corporation, its creator, which now is out of business) and development and maintenance is being fully provided by its community and client developers. There are many programs that act as the client part of the network.

Kabam Shooting For Bigger Mobile Success In China Kabam has certainly established itself in the mobile market over the last few years with several hit games – but that isn’t stopping the publisher from shooting for a loftier goal. After receiving a whopping $120 million investment from Alibaba, the company now vows to create the first “billion dollar video game,” according to a report from Re/Code. COO Kent Wakeford has noted that “we’re really going all in in China.” Its Beijing office, which was first established back in 2011, will move forward with plans to make games aimed at a Chinese market – a change of pace from its usual Western development. With a market of 700 million mobile devices, it’s going to be a big move.

Resume or CV is the first thing that your employer know about your portfolio or experience thus giving a first impression is important. Here is a list of InDesign Template designed for resume. Minimalist Resume Set Simple Resume Resume / CV / Cover Letter Pack 15 in-Depth Examples of Addictive User Experience Today we are going to examine 15 bits of user interface and experience design that really heighten the experience of using a site or application. Use these website, iPhone and desktop application examples as inspiration for creating your own uniquely addicting user experiences. Introduction This post will serve as my own little interface hall of fame. Onswipe Imagine waiting for the train while picking out your groceries from a display case filled with products identical in size, scale and color to really grocery store shelves. If the first round of the digital revolution was about making the real virtual, this time it is about making the virtual real again. South Korean grocery chain Tesco was looking for a way to one-up their major competitor – impossible to do in terms of physical shops due to a lack of actual stores; hence, they turned toward the world wide web with a combination of mobile phone and QR code technologies.

Asia Digital Game Revenue Nears $20 Billion A new report from Superdata indicates that the Asian digital game market is hitting an all-time high, clearing nearly $20 billion for the year. A big portion of these games come from Japan, with an estimated 45 percent, followed by China with 38 percent and South Korea with 11 percent. As for what kind of games dominate, mobile leads the charge with 59 percent, while other categories, like free-to-play MMO, social and console follow with smaller numbers. It’s expected to account for 38 percent of the worldwide digital games market, with a rise of eight percent expected by next year – making its total over $21 billion. The 3 Attributes to Look for in Top Talent One of the things that great companies do is they hire the best people. These successful companies aren’t afraid to recruit the best candidates from other organizations or pull talented people from other industries. There are three attributes that are most important to an organization when hiring: attitude, competency and mindset.

Create your own Word Cloud with Tagxedo Processing ... Personal $ Svg $20 ✓ Up to $75 merchandises for personal use. Merchandise $ Usability testing will find your mistakes before your customers do Well, it happened again – the same thing that happens every time any digital product is put through usability testing. We found out that the people designing the thing (people who know exactly what it's supposed to do and how it’s supposed to work) are not the same as the people actually using the thing. And the people who are supposed to use the thing don’t get it. And because they don’t get it, they have three options for how they might respond.

Social Media App Lets You Live Vicariously Through Friends' Experiences Vycarious, a new social-media app that is available for iOS, lets you create, follow and comment on friends' experiences, ranging from a two-week vacation to handcrafting a dinner table. To start, users create an "experience description," such as "cooking Pad Thai." They then choose a photo or video as the lead image, denote a starting date and time, and include hashtags to make their experience searchable. Blizzard Finds Live Stream Data Beneficial Live streaming sessions of games have become a phenomenon over the years, and helped Twitch acquire over 100 million viewers on a monthly basis. So it shouldn’t be a surprise that many companies are turning to the stats from live streaming to help improve its business – and that includes Blizzard. The publisher behind World of Warcraft, Diablo III and other eSports-friendly titles have begun using live streaming data to help shape certain aspects of the company, according to Silicon Angle. Said Kim Phan, senior manager of eSports for Blizzard Entertainment, “(Livestreaming) certainly has impacted the way our players experience our games.