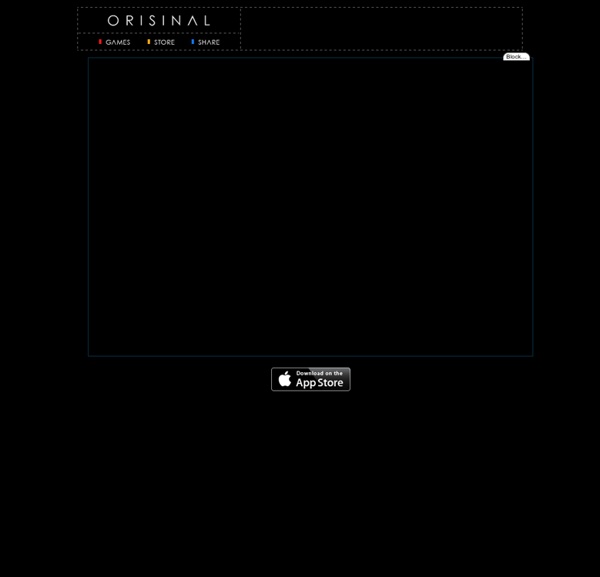 10 Instant Emotional Fitness Tools When things get out of control and you momentarily lose your emotional balance, there are any number of little things you can do to regain it. Here are ten tools to help get you started. 1. Wash your hands and face and brush your teeth. It cools and cleans the parts of your body that you use most frequently, which is relaxing, and gives you that "fresh start" feeling. 2. 2048 Join the numbers and get to the 2048 tile! New Game How to play: Use your arrow keys to move the tiles. When two tiles with the same number touch, they merge into one! Note: The game on this site is the original version of 2048. Apps for iOS and Android are also available. GunBlood Western Shootout - Flash Shooting Games - OfficeGameSpot Game Overview: Attempt to become the most feared gunslinger in the land by defeating all those who stand in your way. GunBlood pits your reflexes against nine computer opponents in one-on-one gun fights and includes four bonus rounds. High scores are tabulated according to accuracy, speed, and your life remaining after each round. At the start of each level, the player and computer opponent each start with 6 shots. If both players are alive and no shots are remaining, the match will end in a draw to be re-played.

Robert Fisk: The crimewave that shames the world - Robert Fisk, Commentators A 10-month investigation by The Independent in Jordan, Pakistan, Egypt, Gaza and the West Bank has unearthed terrifying details of murder most foul. Men are also killed for "honour" and, despite its identification by journalists as a largely Muslim practice, Christian and Hindu communities have stooped to the same crimes. Indeed, the "honour" (or ird) of families, communities and tribes transcends religion and human mercy. But voluntary women's groups, human rights organisations, Amnesty International and news archives suggest that the slaughter of the innocent for "dishonouring" their families is increasing by the year. Iraqi Kurds, Palestinians in Jordan, Pakistan and Turkey appear to be the worst offenders but media freedoms in these countries may over-compensate for the secrecy which surrounds "honour" killings in Egypt – which untruthfully claims there are none – and other Middle East nations in the Gulf and the Levant.

Funny & Stupid Customer Quotes Free Online Jigsaw Puzzles Game about Squares Vintage Vinyl:Steal This Book Library of Congress number 72-157115 (stolen from Library of Congress) copyright ©1971 PIRATE EDITIONS Restaurants Food Programs Supermarkets dafont.com Bizarre sea slug is half plant, half animal It looks like any other sea slug, aside from its bright green hue. But the Elysia chlorotica is far from ordinary: it is both a plant and an animal, according to biologists who have been studying the species for two decades. Not only does E. chlorotica turn sunlight into energy — something only plants can do — it also appears to have swiped this ability from the algae it consumes. Native to the salt marshes of New England and Canada, these sea slugs use contraband chlorophyll-producing genes and cell parts called chloroplasts from algae to carry out photosynthesis, says Sidney Pierce, a biologist at the University of South Florida in Tampa. That genetic material has since been passed down to the next generation, eliminating the need to consume algae for energy.

Brain-Controlled Devices Work Eerily Well This is great... the only bummer is; well, I remember reading Iain M. Banks' work and getting really fascinated by a device he referred to as a "Neural Lace"; which was a brain implant that allowed you to interface with computers and the Culture's version of an internet. Then, in (I think) Excession, a character boards a ship controlled by a Mind with a fascination for war and tools of torture. The ship has a little gallery of things; from thumbscrews to things like Klingon pain-sticks and so on.

Saudi splurges on weapons ... for what? Saudi Arabia is about to buy another $60bn worth of military hardware from the US, and even The Guardian is dutiful in parroting, without question, the accepted western narrative : The sale, under negotiation since 2007, is aimed mainly at bolstering Saudi defences against Iran, which the US suspects will achieve a nuclear weapons capability within the next few years. The transfer of advanced technology, mainly planes, is to provide Saudi Arabia with air superiority over Iran. Ignoring the fact that miltary aircraft (which form the bulk of the deal as we know it) are prettty much useless against a nuclear missile, especially one that does not exist, $60bn buys a mind boggling amount of firepower, so that must mean that Saudi Arabia's military capacity right now is woefully insufficent compared to Iran's, right? Er, no.