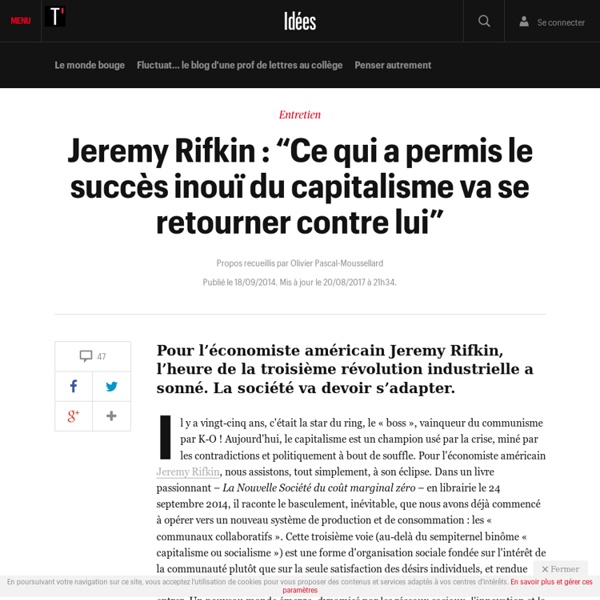 Agile and SEMAT - Perfect Partners Ivar Jacobson, Ian Spence, and Pan-Wei Ng Today, as always, many different initiatives are under way to improve the ways in which software is developed. The most popular and prevalent of these is the agile movement. One of the newer kids on the block is the SEMAT (Software Engineering Method and Theory) initiative. How to End Google’s Monopoly – Shane Greenup – Medium Over a year ago I said Google would never implement a fact based assessment in their algorithm because I thought they would understand that making such a change would be the first step to losing their search monopoly. I was wrong. It’s still uncertain exactly what they have implemented since Google tends to not tell people how their algorithm works, but they did make an announcement back in April that they would be taking measures to punish “low quality content” such as misleading information, offensive results, hoaxes and conspiracy theories.

Kano Ships Its First 18,000 Learn-To-Code Computer Kits, Fueled By $1.5M Kickstarter Kano Computing, a startup that plays in the learn to code space by adding a step-by-step hand-holding layer atop the Raspberry Pi single-board microcomputer to make hacking around with code and learning about computational thinking child’s play, has shipped all the hardware kits in its first batch of crowdfunded orders and pre-orders. That’s around 18,000 kits in all, co-founder Alex Klein confirmed to TechCrunch. “They are all in the wild, they are out of our hands. About 1,000 have arrived already — the early bird kits. And the rest, the general release, will be arriving [shortly],” he said late last week. The company revealed it has also taken on a new senior hire, bringing in Thomas Enraght-Moony, former CEO of Match.com, as COO.

Startups in 13 Sentences February 2009 One of the things I always tell startups is a principle I learned from Paul Buchheit: it's better to make a few people really happy than to make a lot of people semi-happy. I was saying recently to a reporter that if I could only tell startups 10 things, this would be one of them. Then I thought: what would the other 9 be? When I made the list there turned out to be 13: Children’s privacy rights are prominent in the Data Protection Bill but there’s many a slip… Last week, the UK government announced its plans for a new Data Protection Bill that would give people “more control over their personal data” and enable them to be be “better protected in the digital age.” LSE’s Sonia Livingstone looks the implications of the Bill for child rights and highlights areas that might need more work. Unexpectedly for many interested observers, in these slow days of summer, the government has suddenly announced its statement of intent regarding the Data Protection Bill that will bring the European General Data Protection Regulation into UK law by next year.

Page 15 - The Future of Bank Branches Rightshore is a trademark belonging to Capgemini CapgeminiConsulting istheglobal strategyandtransformation consulting organization of the Capgemini Group, specializing in advising and supporting enterprises in significant transformation, from innovative strategy to execution andwith

Leverage Points: Places to Intervene in a System Solutions Classic How do we change the structure of systems to produce more of what we want and less of that which is undesirable? After years of working with corporations on their systems problems, MIT’s Jay Forrester likes to say that the average manager can define the current problem very cogently, identify the system structure that leads to the problem, and guess with great accuracy where to look for leverage points—places in the system where a small change could lead to a large shift in behavior. This idea of leverage points is not unique to systems analysis—it’s embedded in legend: the silver bullet, the miracle cure, the secret passage, the magic password, the nearly effortless way to cut through or leap over huge obstacles.

The Radicalization of Utopian Dreams When you listen to people in tech talk about the future of labor, they will tell you that AI is taking over all of the jobs. What they gloss over is the gendered dynamics of the labor force. Many of the shortages in the workforce stem from labor that is culturally gendered “feminine” and seen as low-status. There’s no conception of how workforce dynamics in tech are also gendered. Furthermore, anxieties about automation don’t tend to focus on work that is seen as the work of immigrants, even at a time when immigration is a hotly contested conversation.

Four European banks you may not have heard about There are quite a number of new bank services around Europe. Some are from insurance groups (Soon and KNAB) and some are from banks (Hello and Moneyou). It’s hard to keep up with them all, but I think these four are worth a quick review. First Soon versus Hello. 7 Books That Should Be on Every Entrepreneur's Bookshelf Posted by Guest Author on July 23, 2012 in Business Start Up Advice [ 5 Comments ] While most of the greatest lessons that you’ll learn as an entrepreneur will probably come from mistakes and challenging experiences, published works such as books, whitepapers, blog posts, and the like still provide a lot of value for business owners. Books in particular are great resources because they can offer credibility and in-depth commentaries that most online sources can’t match. Below are some of the best books that entrepreneurs can have on their bookshelves. Whether you’re looking for some motivation to continue with your venture, or wondering how the most successful entrepreneurs got to where they are now, these 7 books are definitely worth checking out.