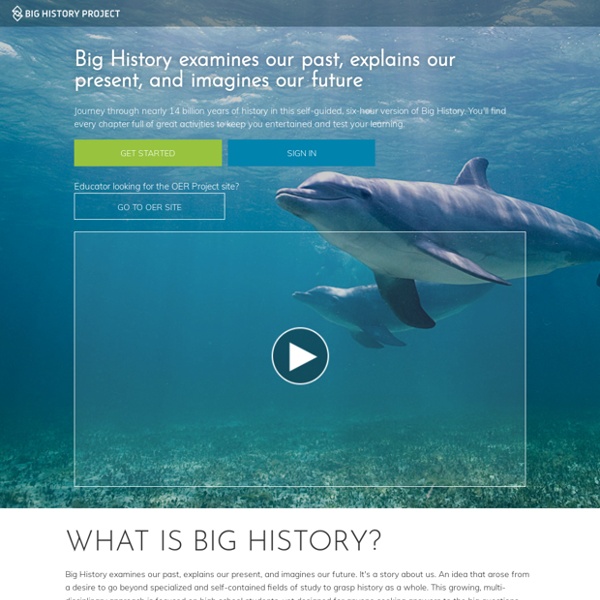 Better Identification of Viking Corpses Reveals: Half of the Warriors Were Female Shield maidens are not a myth! A recent archaeological discovery has shattered the stereotype of exclusively male Viking warriors sailing out to war while their long-suffering wives wait at home with baby Vikings. (We knew it! We always knew it.) Plus, some other findings are challenging that whole “rape and pillage” thing, too. World Digital Library Home No other symphonic composition has met with such a broad and complex reception as Ludwig van Beethoven's Symphony Number 9 in D minor, opus 125, popularly known as the Choral Symphony. The work marked an important development in 19th century music. In the finale, Beethoven set to music the German poet Friedrich von Schiller’s An die Freude (Ode to joy), the first time the human voice was included in a symphonic work. The symphony was first performed in Vienna on May 7, 1824. Its influence ever since has extended far beyond the field of music.

10 Qualities of Visionary Leaders and Healers in Transitional Times 9th April 2015 By Gerri Ravyn Stanfield Guest Writer for Wake Up World Let’s push it, let’s birth it. French Revolution Digital Archive The Images are composed of high-resolution digital images of approximately 12,000 individual visual items, primarily prints, but also illustrations, medals, coins, and other objects, which display aspects of the Revolution. These materials were selected from across the BnF’s departments, and include thousands of images for the important collections entitled Hennin and De Vinck. Detailed metadata exists for the images, so that researchers can search by artist, subject, genre, and place. The FRDA provides access to the most complete searchable digital archive of French Revolution images available. Images de la Révolution française is a benchmark image-base undertaken by the Bibliothèque nationale de France on the occasion of the Revolution’s bicentennial in 1989.

19 apps that will turn you into a wilderness expert Do you wonder which species of bird it is that you keep seeing on your backyard fence? Are you curious about what butterflies are visiting your garden? Would you like to know more about the mammals that call your local park home? Encyclopedia: Medieval Cosmology and Worldview Medieval cosmology was centered around the concept of the Ptolemaic universe, named after Greek astronomer Ptolemy (ca. 150 CE). In this geocentric (earth-centered) model, the earth was the motionless center of the universe, with the rest of the universe revolving around it in spheres. Ptolemy's work was based on Aristotle's (384-322 BCE) idea of an ordered universe, divided into the sublunary, or earthly, region which was changeable and corruptible, and the heavenly region, which was immutable and perfect. Aristotle posited that the heavens contained 55 spheres, with the Primum Mobile, "Prime Mover" or "First Moveable", giving motion to all the spheres within it.

Trading Card Creator The Trading Card tool gives students an alternative way to demonstrate their literacy knowledge and skill when writing about popular culture texts or real world examples. This interactive allows students to create their own trading card about a real or fictional person, place, object, event, or abstract concept. These cards are can be used with any type of book students are reading or subjects that they are studying, and make for an excellent prewriting exercise for students who are writing narrative stories and need to consider characters, setting, and plot. Specific prompts guide student through the various types of cards, expanding students' thinking from the basic information and description of the topic to making personal connections to the subject.

70 Year Old Prophecy : The Earth Will Soon Be Swept By Extraordinary Rapid Waves of Cosmic Electricity Note: While I’m not one to read too much into prophesy, and I have not heard of this man before now, I did find this one to be quite interesting! — Editor Found via RMN: The prophecy was written 70 years ago.. and it’s absolutely mind-blowing! Peter Konstantinov Deunov, also known as Beinsa Douno, born in 1886 and who later passed away in 1944, left a prophecy that he had obtained through a trance based state.