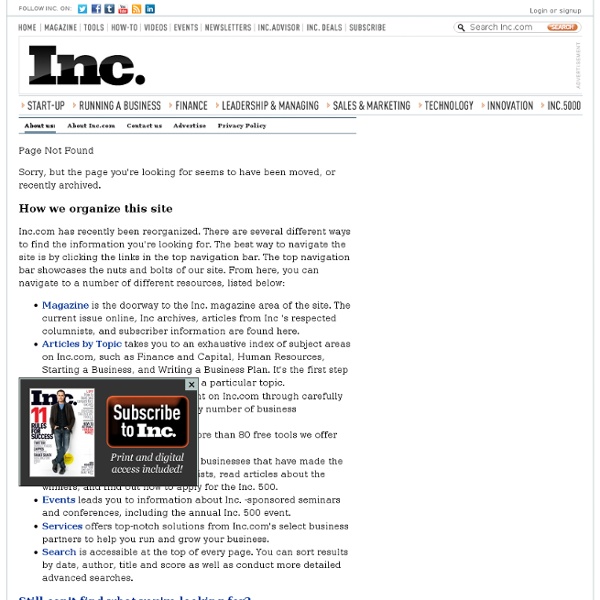 The Best Promotion Is Never Self Promotion Promoting yourself is easy. All it takes is a little guts, a little determination, and in extreme cases, very little self-awareness. We all try, to some degree, to promote ourselves. That's why we're all experts at picking out the self-promoters, shameless or otherwise. There's a much better way. There was always that last two minutes where Johnny was asking people, "Thank you for coming--what do you have coming up?" You have the same ability to promote with your employees, your customers, your vendors--basically anyone--but it's easy to lose sight of that when your primary focus is on crafting a business image, building a personal brand, or just protecting your professional turf. Entrepreneurs are especially vulnerable to glory hogging since early on a small business is a reflection of its owner and its success often depends on the owner's ability to build a reputation for knowledge and expertise. But it can be done. Instead, share how a customer did something smart.

Leadership Think Twice Before Adopting The “Ship Or Die” Mentality Editor’s Note: This guest post is written by Uzi Shmilovici, CEO and founder of Future Simple, the company behind Base CRM. The “Ship or die”, “Done is better than perfect”, “Just ship” mantras have lately become a part of many startup conversations. The problem with these mantras is that they glorify the act of shipping while ignoring the fact that shipping is only the means to create value but not the ultimate goal of a startup. Unfortunately, repeating these mantras might have a dangerous effect. The advantages of shipping it There’s a reason why the concept of shipping it became so pervasive. The main reason is that shipping feels great. The risks of just shipping it Here’s the thing though. Shipping the wrong thing — if you didn’t think through the product/feature you are shipping, you might end up shipping the wrong thing. Returns on quality Let’s talk about quality. On that, no post about quality would be complete without a Steve Jobs quote: Quality ! Finding the right balance

8 Habits of Remarkably Successful People I'm fortunate to know a number of remarkably successful people. I've described how these people share a set of specific perspectives and beliefs. They also share a number of habits: 1. Back-up plans can help you sleep easier at night. You'll work a lot harder and a lot longer if your primary plan simply has to work because there is no other option. If somehow the worst does happen (and the "worst" is never as bad as you think) trust that you will find a way to rebound. 2. You can be good with a little effort. But you can't be great--at anything--unless you put in an incredible amount of focused effort. Scratch the surface of any person with rare skills and you'll find a person who has put thousands of hours of effort into developing those skills. There are no shortcuts. So start doing the work now. 3. ...and they work a lot more. Forget the Sheryl Sandberg "I leave every day at 5:30" stories. Better yet, they want to put in lots of time. 4. Conventional wisdom yields conventional results.

Please, Make a Decision Over lunch, Jacob and Marilyn discussed some of the frustrations they were experiencing on one of their current projects. Jacob was a business analyst on the project and Marilyn was the subject matter expert. Jacob turned to Marilyn and said to her, “If you could say just one thing to Tom our project manager, what would it be?” Without hesitation Marilyn replied, “Please, make a decision.” Unfortunately Jacob and Marilyn both viewed Tom as wishy-washy. When the project was just beginning, team members would ask for clarification with regard to who should help with certain parts of the project or whether or not they should work overtime if they were late with a deliverable or what to do if they had a conflict between this project and their other assignments. Eventually the team stopped asking Tom questions that required any type of decision making. By not exhibiting decision making skills, Tom lost control of the team. The team needed to see Tom make decisions.

Nuggets of Storytelling Wisdom Nuggets of Storytelling Wisdom In this post, I return to one of my favourite themes that run through this blog: the importance of storytelling. Past posts on the subject include this one and this one. I recently came across a great TED Talk on storytelling by Andrew Stanton, a director and screenwriter at Pixar whose filmography includes the Toy Story series and Finding Nemo. Weaving personal anecdotes with short clips from movies on which has worked, he makes a compelling case for the power of a good story. Below is Stanton’s TED Talk. The next time you are working a story into a speech or presentation, have a look through those points. If you like what you've just read, why not share it with others? Like this: Like Loading... About John Zimmer A Canadian now living Switzerland, I am married, with two terrific teenage daughters.

Recruitment Things Entrepreneurs Should Avoid When Raising Capital Editor’s note: Contributor Ashkan Karbasfrooshan is the founder and CEO of WatchMojo. Follow him @ashkan. Alright, in my last post I argued that bootstrapping is just as over-rated as raising venture capital. But for those who decide to pursue fundraising, here are some things entrepreneurs should avoid when raising capital. For all of the talk about how much excess capital there is, it’s actually hard to raise capital because very few projects fit the VC profile—even though many VC-funded projects come across as frivolous, me-too projects. Life’s unfair. Do VCs Really Make a Difference? In Chamath Palihapitiya’s leaked email to AirBNB’s Brian Chesky, he wrote: I’m all for getting the best valuation you can, minimizing dilution and maximizing control (…) I don’t believe investors add much to a success story, so minimizing their impact is a great strategy when you are onto something that is working. What You Need To Accept (it’s the system) There are some seemingly unfair things about VC:

Motivating Employees: Little Ways to Make Their Day Smiles are nice. Cards are nice. Gifts are nice. All the "standards" are nice--and all, at least in part, are somewhat expected. If you really want to make someone's day, do the unexpected. All it takes is a tiny bit of thought and a little effort: Be thoughtful, simply because you can. I pulled into a service bay to get my oil changed. "I know..." When I walked to my car to leave he was just standing up, filthy rags in his hand. "Wow, that's awesome... but you didn't have to do that," I said. "We're not very busy," he shrugged. That was four years ago. Instead of turning idle time into "me time," use your free time to do something nice: Not because you might be expected to, but just because you can. Say something good about something old. I was waiting to talk to the owner and couldn't help but overhear their conversation. The man said, "A few years ago my daughter's fiancée was deployed to Iraq and they decided to move up their wedding. "But you and your folks did. Say who referred you.

Six tactics of natural leaders In this week's Leadership Blog, our coach John M McKee shares six tactics you can use to move up the ladder more quickly. Ever notice that some people seem to be "natural leaders"? For them, leadership is like wearing clothes that were custom-made. But most people struggle with the role of leader. Natural leaders share a secret: They recognize that they need to adjust every time they get new assignments or additional responsibilities. Here are six tactics you can use to improve your career success while building a reputation as a "natural leader": 1. Here's to your future! John Executive leadership coach