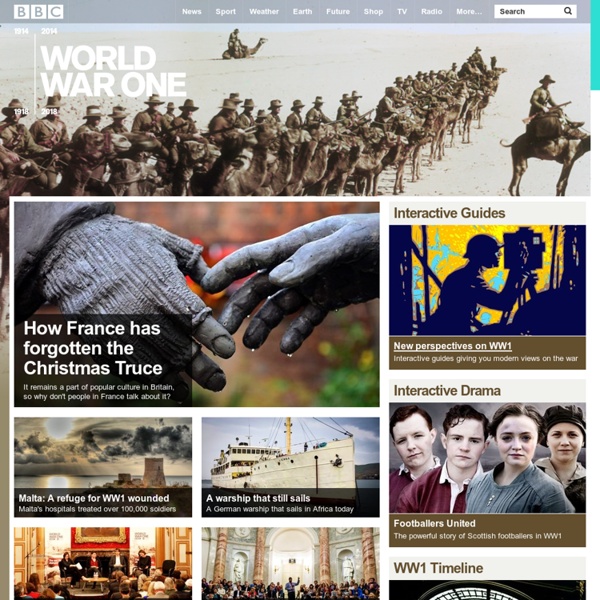 13 January 2015Last updated at 17:20 GMT Interactive guides giving you modern views on the war The powerful story of Scottish footballers in WW1 Explore the key events that created a global crisis Hundreds of local stories of the war's impact on lives Get the latest from @bbcww1 News on BBC's WW1 season direct to your inbox Find out more about the IWM's plans for the centenary

Book Review: Ataturk in the Nazi Imagination Ataturk in the Nazi Imagination by Stefan Ihrig Harvard University Press, 2014 Stefan Ihrig’s fascinating book Ataturk in the Nazi Imagination provides an extremely detailed reminder of the fact that in his dreams of a victoriously ultra-nationalist Germany, Adolf Hitler had a very salient model in mind beside the more well-known one of Mussolini’s Italy: throughout his years as a radical fringe-politician and as Fuhrer of the Nazi state, Hitler was fascinted by the example of Mustafa Kemal, who led his native Turkey against the Entente powers in World War I and won the Turkish War of Independence, which concluded in 1923 with the Treaty of Lausanne. First World War centenary: Letters from the trenches reveal horror faced by our boys - BelfastTelegraph.co.uk Letters home from the Western Front in the First World War gave a snapshot of the horrendous conditions suffered by Ulster soldiers in the trenches. On today's 100th anniversary of the declaration of war by Britain, we highlight some of the messages sent back to anxious friends and family. Name: Corporal Eric Bradshaw From: Ballymena

A quest for truth: why I made Only Remembered Tragedy: 10 million soldiers were killed world war one, this photograph shows one of the most well known mass war graves, Ypres in France. Photograph: Antonio Olmos/The Guardian A few years ago I came across the grave of a young British soldier in France, one of thousands, one of hundreds of thousands. I had stopped to look, I think, because there was a wreath of poppies lying there. I read on the gravestone that this was a private killed in 1918, just two weeks before the end of the first world war.

Lebanese Jews in New York: Longing for Home As her brother drove her through the streets of downtown Beirut on a balmy January day, 76-year-old Suzette Sasson felt like a stranger in her own city. Captivated by the new places and unfamiliar faces, she failed to notice they had reached Wadi Abou Jamil, the neighborhood she had longed to return to for years. But when her brother stopped the car and pointed to a four-story building, Sasson was shaken out of her limbo. Michael Morpurgo: We are who we are now, in large part, because of the first world war Michael Morpurgo came into the Guardian to do a podcast interview with two site members, Orli, aged 14 and JDBookGroup's Fernando aged 11. The resulting conversation was so beautiful and profound we decided to publish the whole transcript here! Fernando: What message do you want to give to children by basing so many of your books on the war?

The Different Schools of Historiography: A Reference The following is a section that people can refer to (and of course add to) in order to get a brief glimpse of the definitions of the different schools of historiography. For complete reference on this list of terms please refer to wikipedia at: In the meantime, the following is an all too brief summary: Annales School –The Annales School (pronounced is a style of historiography developed by French historians in the 20th century. It is named after its French-language scholarly journal Annales d'histoire économique et sociale, which remains the main source, along with many books and monographs. Viewpoint: 10 big myths about World War One debunked 25 February 2014Last updated at 15:45 GMT Much of what we think we know about the 1914-18 conflict is wrong, writes historian Dan Snow. No war in history attracts more controversy and myth than World War One.

Hitler’s world may not be so far away It was 20 years after I chose to become a historian that I first saw a photograph of the woman who made my career possible. In the small photograph that my doctoral supervisor, her son, showed me in his Warsaw apartment, Wanda J radiates self-possession, a quality that stood her in good stead during the Nazi occupation. She was a Jewish mother who protected herself and her two sons from the German campaign of mass murder that killed almost all of her fellow Warsaw Jews.

First world war centenary is a year to honour the dead but not to glorify On the morning of 18 August 1918, units of the Belgian army climbed out of their trenches and advanced. For the first time since the invasion of their country four years earlier, they drove the Germans back, and in doing so took the hamlet of De Kuiper. It was not recognisable any more as a place where anyone had ever lived, simply a desolate wasteland of mud and craters, but it was, nonetheless, Belgian land, their land. It was for Belgians a small but symbolic victory, a proud victory. Four takes on British history Poor history teachers. Rarely a week goes by without a debate on how schoolchildren should be learning about the past. Here, historian Margaret Macmillan shows how subjective history can be, by presenting four versions of the past 450 years.

WW1 - Values from History - Inspire Aspire The Centenary commemorations for the First World War will begin in 2014 and there are many plans in place over the coming years. We have created this pilot poster template to mark this centenary and provide a new opportunity for self-discovery and personal development, helping you to find the inspiration to develop aspirations for your life. Completing this poster will help you learn about the values from history and the heroic stories of those who fought and suffered on the front, often making the ultimate sacrifice. In the process you will learn new things about yourself, about others and about history.