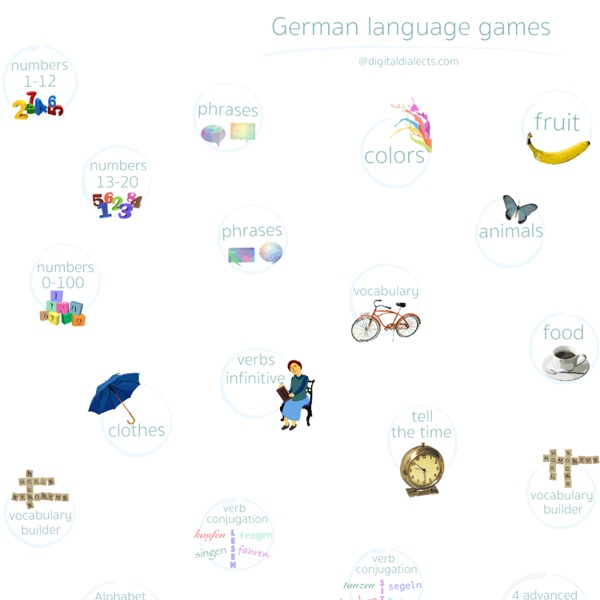 Learn German Online for free - deutsch lernen online - manual note (zip, videos) pages with this sign contain a video Prologue Introduction Introduction German is an easy language for native English speakers to learn. Both languages are Western (meaning Germanic) languages, so they have many similarities. English and German both use the Roman alphabet and have many words that are similar. This is because many English words were derived from German words. German grammar and sentence structure also shares some similarities with English. German Articles Part 1 We use nouns for people, objects, things or ideas. Nouns are normally (not always) preceded by an article. Nouns are always written with a capital letter in German. In German we have three main articles:

Learn German by watching movies and TV series with German subtitles German language > Movies in German with German subtitles Add movie to this section On this page you will find a list of movies in German that you may use to learn and improve your German. German Words and Phrases 1. Basic Phrases Ich is not actually pronounced ikh, unless you are speaking a northern dialect of German. If you are speaking a southern dialect, then it is more like ish. There is no equivalent sound in English. Learning German Online for Beginners Learn German - online, simple, independently and for free! 10 tables build up an overview of basic German grammar. Basic verb forms and an introduction to German syntax are presented in a simple and understandable way. German Gender Hints - Noun Gender in German Nouns and Gender in German You are here: German for Beginners > Lesson 3 > Gender Hints > Noun Suffixes Most world languages have nouns that are either masculine or feminine.