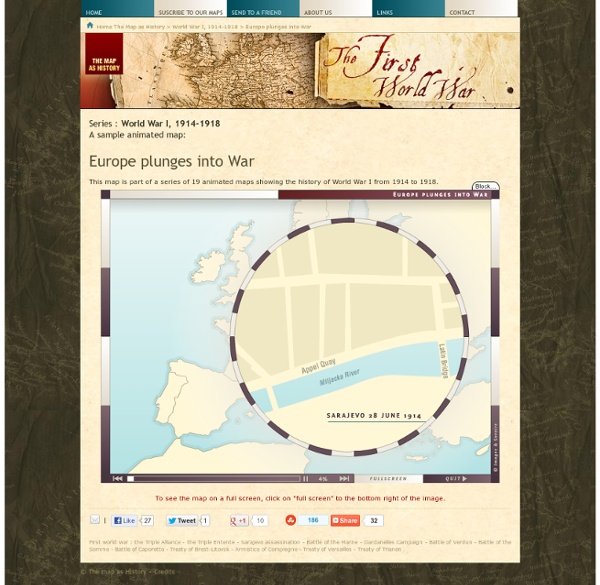 You are the Fleet Admiral of the Navy in WWI what do you do? The Situation You’re the Fleet Admiral of the Navy in World War I. Your ships are being sunk at an alarming rate by the devastatingly effective German U-Boat. The traditional camouflage isn’t working because your environment (sea and sky) changes with the weather. What do you do? This is the German U-Boat Sinking your Battleships The Insight It’s not where you are it’s where you’re going World War I occurred from 1914–1918; back then sinking an enemy battleship was a three-step process: Step 1: Locate your target’s position and plot its course. *Remember this is early 20th century warfare, weapons don’t travel at the speed they do today So what’s your solution Fleet Admiral? Forget about not being seen, that only solves their first problem. British Artist and naval officer Norman Wilkinson had this very insight and pioneered the Dazzle Camouflage movement (known as Razzle Dazzle in the United States). It was cheap, effective, and widely-adopted during the War. Photograph by monacoeye.com

Aircraft Detection Before The Invention Of Radar | Before, Radar, Acoustic, Ears, Hearing Aircraft Detection Before Radar... I bet none of you ever saw this stuff before. How air attacks were detected before radar... Old time acoustic hearing aids World War I Centenary: 100 Legacies of the Great War World War I changed everything. From new countries to literature, from tanks to treaties and from flamethrowers to fashion, the conflict is still writ large on our lives 100 years on. It gave birth to violent dictators and their ideologies but extended the electoral franchise to millions. It ushered in the era of mechanised warfare whilst laying the foundations for modern medicine. Empires crumbled, borders were redrawn, art movements flowered and women won the vote (even if you still had to be over 30 in some countries). Poets committed some of the most memorable imagery in modern verse to paper while a generation of writers would descend on Europe’s war-torn cities and fashion a new style of literature. After millions of men gave their lives on the battlefields of Europe, it was doubly tragic that a deadly influenza would claim up to 50 million more deaths in the conflict’s immediate aftermath. Writers Editors Multimedia Producers Designers & Developers Consultant

Operation War Diary Life In The Trenches | WW1 Facts There was nothing glamorous about trench life. World War 1 trenches were dirty, smelly and riddled with disease. For soldiers life in the trenches meant living in fear. In fear of diseases (like cholera and trench foot) and of course, the constant fear of enemy attack. Trench warfare WW1 style is something all participating countries vowed never to repeat and the facts make it easy to see why. Constructing WW1 Trenches The British and the French recruited manpower from non-belligerent China to support the troops with manual labour. 140,000 Chinese labourers served on the Western Front over the course of the First World War (40,000 with the French and 100,000 with the British forces). No Man’s Land The open space between two sets of opposing trenches became known as No Man’s Land because no soldier wanted to traverse the distance for fear of attack. The climate in France and Belgium was quite wet, so No Man’s Land soon became a mud bath. Hell on Earth

[2010] Germany Closes Book on World War I With Final Reparations Payment - SPIEGEL ONLINE - News - International Oct. 3, the 20th anniversary of German unification, will also mark the completion of the final chapter of World War I with the end of reparations payments 92 years after the country's defeat. The German government will pay the last instalment of interest on foreign bonds it issued in 1924 and 1930 to raise cash to fulfil the enormous reparations demands the victorious Allies made after World War I. The reparations bankrupted Germany in the 1920s and the fledgling Nazi party seized on the resulting public resentment against the terms of the Versailles Treaty. The sum was initially set at 269 billion gold marks, around 96,000 tons of gold, before being reduced to 112 billion gold marks by 1929, payable over a period of 59 years. Germany suspended annual payments in 1931 during the global financial crisis and Adolf Hitler unsurprisingly declined to resume them when he came to power in 1933. Hitler Tapped into Sense of Injustice Keep track of the news Stay informed with our free news services:

Life in the Trenches Life in the trenches during the First World War took many forms, and varied widely from sector to sector and from front to front. Undoubtedly, it was entirely unexpected for those eager thousands who signed up for war in August 1914. A War of Movement? Indeed, the Great War - a phrase coined even before it had begun - was expected to be a relatively short affair and, as with most wars, one of great movement. Not that there wasn't movement at all on the Western Front during 1914-18; the war began dramatically with sweeping advances by the Germans through Belgium and France en route for Paris. So what was life actually like for the men serving tours of duty in the line, be they front line, support or reserve trenches? Daily Death in the Trenches Death was a constant companion to those serving in the line, even when no raid or attack was launched or defended against. Similarly, novices were cautioned against their natural inclination to peer over the parapet of the trench into No Man's Land.

In the trenches of 1914-1918 What were the trenches? Although most of us think primarily of the Great War in terms of life and death in the trenches, only a relatively small proportion of the army actually served there. The trenches were the front lines, the most dangerous places. But behind them was a mass of supply lines, training establishments, stores, workshops, headquarters and all the other elements of the 1914-1918 system of war, in which the majority of troops were employed. Why were the trenches there? The idea of digging into the ground to give some protection from powerful enemy artillery and small arms fire was not a new idea or unique to the Great War. What were the trenches like? The type and nature of the trench positions varied a lot, depending on the local conditions. The bird's-eye view (below, from an official infantry training manual of March 1916) shows a typical but very stylised trench layout. Behind it is another line, similarly made, called a support line. Keep your head down!

Front Line: Life in the Trenches of WWI If you were a soldier fighting in the First World War, what would you see? What would you hear? With only 20 WWI veterans left in the world, fewer and fewer people are able to answer these questions with certainty. For everyone else, there's Front Line. Front Line is a website devoted to the trench experience of the First World War. Trenches: In this page, you'll find information on the construction of trenches, their layout, the hygiene (or lack thereof) of trenches, the cold, and how burials were handled in trench warfare. Routine: On here, you'll find information on the day-to-day life of the soldiers in the trenches: for example, the food they ate, their various duties, and the ways they attempted to cope. Warfare: This page details the "warfare" part of "trench warfare." Traumas: Trench Warfare was a horrific experience for most of the soldiers. Game: This is a choose-your-own-adventure style game that attempts to recreate the experience of trench warfare. About Front Line Contact Me