Brené Brown: The power of vulnerability 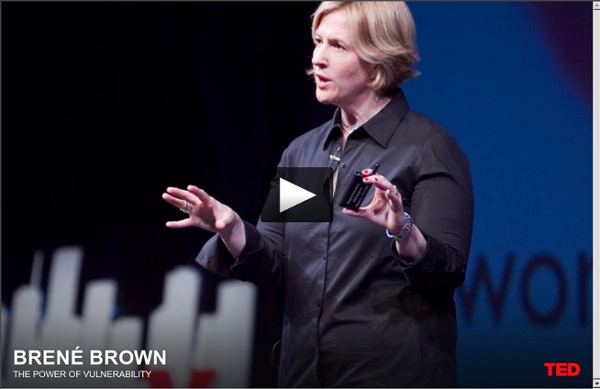 5 Ways Storytelling Can Kill Your Message Stories should relay a message and engage audiences, but sometimes they just fall flat. Learn why stories can fail and how you can make your stories effective every time. September 01, 2014 We tell stories because they paint pictures in people’s minds. 36 questions to get to know yourself better - imperfections and all. 36 questions to get to know yourself better Earlier this year The New York Times published a list of 36 questions written by psychologist Arthur Aron that new couples or acquaintances can ask each other if they want to fast-track their relationship (or break up, depending on what’s revealed). We wanted to create a similar questionnaire but have the focus be on self-discovery, so we turned to two psychologists who specialize in studying the self: Gary Lewandowski, Ph.D., a professor at Monmouth University in New Jersey, and Brent Mattingly, Ph.D., an assistant professor at Ursinus College in Pennsylvania. They created the questions based on psychological theories and research.

How To Avoid Communication Pitfalls In The Workplace – The Clarion Call to Leadership! This post first appeared on OPEN Idea Forum. There is a large body of work concerning the way women’s communication style differs from that of men. For example, there is research suggesting that females downplay their certainty, while males downplay their doubts. In an effort to crack the female linguistic code, some have even gone so far as to assert that women and men speak different languages. 1. Dangers of Crying It Out Letting babies "cry it out" is an idea that has been around since at least the 1880s when the field of medicine was in a hullaballoo about germs and transmitting infection and so took to the notion that babies should rarely be touched (see Blum, 2002 , for a great review of this time period and attitudes towards childrearing). In the 20 th century, behaviorist John Watson (1928), interested in making psychology a hard science, took up the crusade against affection as president of the American Psychological Association. He applied the mechanistic paradigm of behaviorism to child rearing, warning about the dangers of too much mother love. The 20 th century was the time when "men of science" were assumed to know better than mothers, grandmothers and families about how to raise a child. Too much kindness to a baby would result in a whiney, dependent, failed human being.

Six writing lessons from William Zinsser Three decades years ago, when I was an English major who had talked his way into a newsroom internship in Longview, Wash., a reporter came up and handed me a book. It was "On Writing Well," William Zinsser's classic guide for writers. No doubt the reporter detected verbosity in my prose, the approach of a student padding a paper to reach the professor's five-page minimum. "Read it," he said. "You'll love it. Zinsser writes like a hot knife cutting through butter."

23 Ways To Treat Yo' Self Without Buying Or Eating Anything - Yes and Yes Here are some ‘treats’ that I regularly give myself because I ‘deserve’ them: * An entire block of Parmesan. Not on something, mind you. Just the cheese. Just the brick. I just hold it in my hand and take bites of it like an apple. * Piles of $5 lady magazines * Not brushing my teeth before bed (??!!??) No Batteries Required: 8 Conflict Resolution Tips Learning to deal with emotions in conflict situations helps us be more effective in our professional or personal lives. August 17, 2011 There is an African proverb that says: “Don’t look where you fell, but where you slipped.” When we find ourselves on the conflict carousel, we often tend to lose sight of the root cause of the conflict. It may very well have originated with us, but, once the conflict with a colleague or superior is set in motion, we seem to suffer from temporary, corporate amnesia—the emotional nature of the conflict clouds our objectivity. Learning to deal with emotions in negotiations or conflict situations helps us to be more effective, whether in our professional or personal life.

Why our minds have probably evolved as far as they can go SExpand OK..this is going to sound like I am tooting my own horn...but this is my experience, and all experiences are equally valid right? I have an almost photographic memory. I remember almost everything I pay attention to. 7 writing and language sites you should know about As a medical writer, I often end up spending more time researching an article than I do writing it. In that research, I often discover new online sites and tools. In this week’s post, I share some lesser known online resources that can help make your writing, editing and researching tasks easier. Plainlanguage.gov

Imagining your future projects is holding you back. Do you have a big creative project in store? Do you lie awake sometimes, thinking about what might go into it, what the characters or environment might look like, how it will touch the audience in a whole new way? Do you imagine what it will feel like to have this project under your belt, and what kind of effect it will have on your life? Let me tell you about Forest Lords. Forest Lords is a series of ten fantasy novels, each a 1000-page brick, about the epic adventures of Greenleaf Barksley, elf proletarian, and his journeys to attain the Golden Leaf and save his homeland from the scourge of the Curse of the Titaness Denox. Minds are as clever as they will ever be, say scientists It’s all downhill from here â we are as clever as we are ever going to be, scientists have concluded. If our brains were to evolve any further, it would increase the risk of disorders such as autism. Our grey matter has hit an evolutionary âsweet spotâ â with theÂ perfect balance between high intelligence and a balanced personality. But scientists claim that, if our brains did become more advanced, we would be more likely to develop disorders such as autism or synaesthesia, where several senses âjoin togetherâ and are indistinguishable.

6 Resources That Will Make You a Better Storyteller Guest Post by Kristin Piombino Storytelling is a hot topic in the communications industry these days. Stories connect people to each other and to their organizations. They humanize giant corporations and make brands relatable to customers. The Creative Force Behind the Land of Nod Photo by Christopher Sturman A 17-year veteran of the retail world, Michelle Kohanzo started at the Land of Nod as a customer-service representative. She now heads the children’s-decor company, overseeing operations, product development, and partnerships with other retailers and more than 200 independent artists. Q. Where did your artsiness come from?A.

Eclectic Energies Enneagram Tests (free) Copyright © Ewald Berkers These two online Enneagram tests help you to determine which personality type you are. Your wing will also be indicated. Some suggestions on how to take the tests to get the most accurate results can be found below.