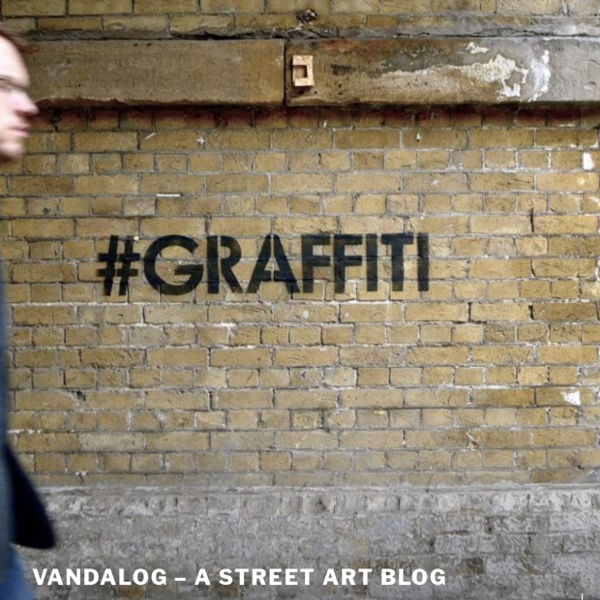 Looptaggr A project by Ariel Schlesinger & Aram Bartholl 2010. Follow us @looptaggr, Submit your own looptaggr today ! 1. Steal your mom’s coat hanger. Blog Mexican Artist Smithe our latest mural at the Bushwick Art Park August, 2013 In collaboration with Mex in the City and All City Canvas for their ACCGSNYC event bridging NYC and Mexico the group brought Mexican Artist Smithe to paint the latest 200 ft mural at the Bushwick Art Park. His mural at the Bushwick Art Park was written about in the NY Times & NY Magazine. Brooklyn Street Art - ...loves you more every day. : Brooklyn Street Art Posted on April 7, 2014 “After photographing in the mosh pits for awhile I began to get familiar with patterns in the music. Eventually it got to the point where I could sense the moment coming when things would really cut loose and go berserk,” says painter Dan Witz about his process and method for catching the moment when the roiling mass of hardcore music fans hit the perfect state of frenzy. “NY Hardcore Paintings”, opening this past Saturday night and on view currently at The Jonathan Levine gallery in Chelsea, presents Witz with his new body of convulsing bodies and to say they are a revelation is only part of the story. When we saw his first mosh pit paintings a few years ago we were struck by the raw thrilling chaotic energy and calculated abandon in them – and reminded of many such nights in the 80s and 90s in lower Manhattan when we also joined in the fray. Dan Witz “NY Hardcore” Jonathan LeVine Gallery (Photo © Jaime Rojo)

StreetArtNews Last night in California, SAN attended the opening of Buff Monster's new show "Legend Of The Pink Cherry" at Corey Helford Gallery. In a Jam packed space, the attendees were able to discover a series of new paintings celebrating the last eleven years of his career, culminating in a timeless epic tale of good vs. evil. The lover of all pink introduced his latest creamy creation, a soft service ice cream cone with human-like arms and legs. The first floor featured the second half of the exhibition with his new project "The Melty Misfits", a set of 60 collectible trading cards honoring the Garbage Pail kids, each piece is 5”x7” on watercolor paper with acrylic and airbrush. For the first time, each acrylic on wood piece in the show was rendered with airbrush, a new medium for the Los Angeles' artist.

Past Exhibitions In the first commission to use the building’s iconic river façade, and the first major public museum display of street art in London, Tate Modern presents the work of six internationally acclaimed artists whose work is intricately linked to the urban environment: Blu from Bologna, Italy; the artist collective Faile from New York, USA; JR from Paris, France; Nunca and Os Gemeos, both from São Paulo, Brazil and Sixeart from Barcelona, Spain. You can also take the Street Art Walking Tour: an urban tour of site-specific art from a group of five Madrid-based street artists: 3TTMan, Spok, Nano 4814, El Tono and Nuria – a map will be available in the gallery. Various events will take place during the exhibition, including an interactive evening with experimental New York artists Graffiti Research Lab, refacing Tate Modern with graffiti light projections.

Tribute To Graffiti: 50 Beautiful Graffiti Artworks Advertisement Street culture and graffiti are well-known for being provocative, appealing, bold and uncompromising. Originally used by gangs to mark their territory in some urban area, graffitis have now become a rich medium for unrestricted expression of ideas and statements. In fact, creative designers and artists across the globe use this form of art to deliver their message and showcase their work. Street art Street Art and Graffiti News - advers.com Advers.com Street Art Latest Stories Trending Apr 12: This Side Up, David Soukup (SF, CA) stencilarchive.org April 9, 2014 In the Galleries White Walls Project Space is pleased to announce This Side Up, a new solo show from 2013 Stencil Art Prize winner, David Soukup. ●...

street art Sat Sept 8th Berkeley, California details A large warehouse in Berkeley, which has been vacant for over a decade, has played a role in the local graffiti scene here in the Bay Area. It was recently purchased by a Bay Area based firm with plans to refurbish the building into a permanent office facility. The owner of the company happens to be on the board for the Oakland Museum of California . LDN. London Street Art, documented. There are many forms of diverse Street Art around London. Here is a small selection of some exemplary work found around the capital. Street Artists A-Z LDNGraffiti has had an overhaul and painstakingly searched the database to create a set of 'A-Z' listings of Street Artists found in and around London... Banksy vs Team Robbo - Updated: 23/02/2014 On 19/12/2009 Street Artist Banksy adapted a piece of graffiti painted in 1985 by London Graffiti Pioneer Robbo.

News "Sailor" Mural: Timelapse Video Curated by Brooklyn Street Art, I did this at Espeis Outside Gallery in November. It's the largest stencil piece I've done to date, at 30' x 8'. Hope you enjoy the video. Collaboration with C215

10 Fascinating Art Installations Banksy’s Telephone Booth To parody the decline of the famous London Telephone Booths, infamous British guerilla artist Banksy puts an axe through this one. Reymond's Real Life Transformer One of the most famous works of french artist Guillaume Reymond, this series of performances, "TRANSFORMERS", brings together different types of vehicles, gathering them according to a precise choreography, and creating what looks from the sky like gigantic robots.