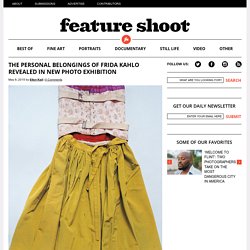 Courtesy Michael Hoppen Gallery Frida by Ishiuchi #36, 2012-2015 © Ishiuchi Miyako. Courtesy Michael Hoppen Gallery When Frida Kahlo died in July of 1954, her husband and fellow painter Diego Rivera secreted hundreds of her personal belongings in a small bathroom within the home where she had been born forty-seven years before and where they had lived side by side in her final years.

Nicknamed The Blue House, the homestead would soon become the Frida Kahlo Museum, but Rivera left directions that the bathroom remain shuttered to the outside world until at least fifteen years after his own death. Untitled. In the Wings: How New York City Ballet's Storied 'Nutcracker' Gets Made. Type to search The 8 Worst Things You Can Do to Your Skin 11 Albums That'll Get You Through Your Work Day Exclusive Sneak Peek: Cover Girl Gwyneth Paltrow 21 Beauty Trends We Hope We Never See Again. 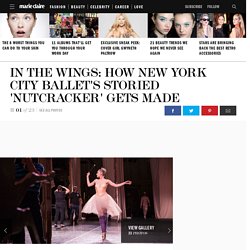 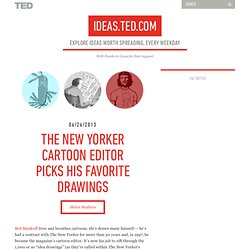 He’s drawn many himself — he’s had a contract with The New Yorker for more than 30 years and, in 1997, he became the magazine’s cartoon editor. It’s now his job to sift through the 1,000 or so “idea drawings” (as they’re called within The New Yorker‘s walls) that are submitted each week — and decide upon the 17 or so that will make it into print. As Mankoff explains in great detail in his TED Talk, he has a keen idea of what works within the context of the cerebral pages of his magazine. And he’s built up a stable of his own favorite drawings over the years.

THE REAL LIFE MODELS. 'Fictitious Dishes', a Book That Recreates Meals From Your Favorite Novels. Typography Inspired Office Concept By Benoit Challand – Made in Shoreditch. Teenage by Matt Wolf - Culture Talks. We were all teenagers once, but some were more so than others. 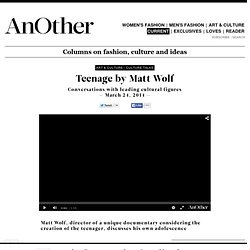 Indeed, a century ago, one was a child and played, then one was an adult and worked – life didn’t allow for that hazy middle bit where emotions ruled, tears proliferated and parents didn’t understand. In Matt Wolf’s dreamlike documentary Teenage, he shows, through archive footage, new film fabricated to look like old, and contemporary teenage diaries brought to life by the likes of Ben Wishaw, that heady period of change, when, for good or bad, the young took control of their own destinies and passions.

Photos of the Real World: Amy Powell’s Family Album. When Amy Powell’s open, heartfelt email below landed in my inbox, as an introduction to her pictures, it brought home to me — in an unexpectedly powerful way — how indispensable a medium like photography can be: intrinsic to one’s being, a bond between loved ones, and a way of representing the complexities of life that, as Amy puts it, are “hard as hell for some people.” 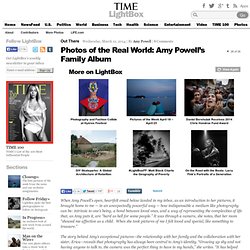 It was through a camera, she notes, that her mom “showed me affection as a child. When she took pictures of me I felt loved and special, like something to treasure.” Hungry Planet: What The World Eats. Best Gifs Ever - Funniest Animated Pictures 2013. The art of self-help. Japan: A Skier's Journey EP1 S3. Tjalf Sparnaay. WeTheUrban. ART: Incredible Finger Drawings by Judith Braun As strange as it sounds, New York-based artist Judith Braun creates all these wonderful landscapes and abstract patterns using nothing but her fingers dipped in charcoal dust. 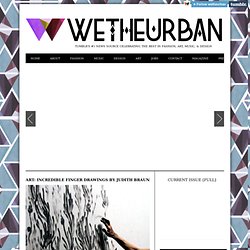 Braun says that she often uses her both hands simultaneously to the extent of arms’ reach as this allows the inherent symmetry of the body to generate a gestural vocabulary of mark making. WeTheUrban. PHOTOGRAPHY: Portraits of Soldiers Before & After War Photographer, journalist and filmmaker Lalage Snow realized some striking portraits of British soldiers, taken over a period of eight month before, during and after their operational deployment in Afghanistan. 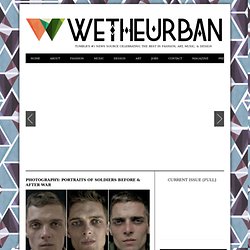 As usual a picture is worth a thousand words, and the signs of the war are clearly visible on the soldiers’ faces. Building a Museum: Report from Down East - James Fallows. Top 10 Collage Artists: Hannah Höch to Man Ray - In Pictures. From its roots in European Dadaism in the early years of the twentieth century, shadowing modernism and tracing its way through photography, collage is a medium as diverse as it is politically charged. 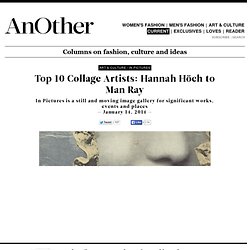 Emerging as a reaction to the First World War, collage allowed artists to interact with existing materials – anything from newsprint and magazines to maps, tickets and propaganda and photographs – to rip them apart and then reassemble them, creating visually dynamic hybrids. Coined by Georges Braque and Pablo Picasso, the term ‘collage’ points towards a medium simultaneously serious and tongue-in-cheek; a technique that is deeply referential of the political world in which the works were produced. Via the assemblage of different objects and images, collage interrogates the fundamental concept of what it is to create art, whilst offering a prismatic reflection of the social change and upheaval of the twentieth century. Blanca Li: “Cada momento artístico tiene que llevarme hacia delante” Jonah Bokaer "Ulysses Syndrome" Choreographer. INSPIRATION. The Gap: An Inspirational Video About How All Artists Struggle in the Beginning. 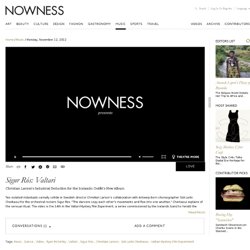 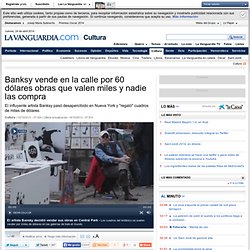 What Does the Art World Have Against Jeff Koons? Marina Abramovic talks life and art ahead of her Luminato starring role. Illustrator draws faces, lets 4-year-old draw bodies, ends up with adorably weird art [14 pics]