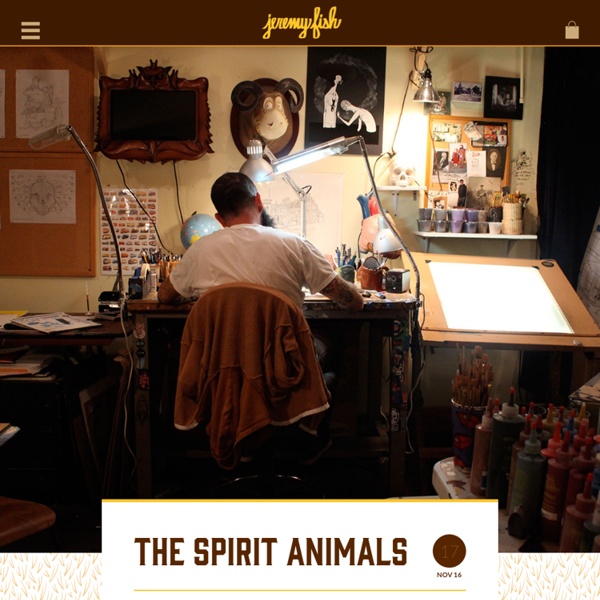 Mark Moore Gallery is proud to present “Hunting Trophies,” an immersive installation and exhibition in the Project Room of new work by interdisciplinary artist Jeremy Fish. Marking the artist’s first solo exhibition with the gallery, this body of work showcases Fish’s adept capacity to translate sociopolitical and autobiographical topics into allegorical narratives and imaginative spaces. Much like a raconteur divulging a tale, Fish renders characters and places that allude to a greater fable – but are recounted in whimsical language all his own. In this exhibition, Fish encourages us to question the concept of value. As a society, we have become increasingly fixated on acquiring prize possessions. Be it the newest technological gadget, or a “trophy piece” for a collector’s art collection, we have been conditioned to pursue “the best” at all costs.

Kelsey Brookes Art by Kelsey Brookes. We can’t get enough of this series of explosive paintings by artist Kelsey Brookes. There is something quite hypnotic and mesmerizing about them. “Kelsey Brookes is an artist of contrasts. His well-documented background in microbiology, surf culture and folk art combine in explosive prisms of raucous color, bold imagery and timeless motifs. Miss Take's Wild Horses Miss Take was born in Denmark, and has been drawing and painting for as long as she can remember. 'When I was 18, I dropped out of school, and since then I've been making a living from doing what I love.' Priscilla Wong's Girls on Bikes Priscilla Wong is a bay area concept artist whose signature flowing, organic texture-filled designs have a natural inclination toward storybook narrative. Many of her illustrations feature characters on bikes, or interacting with bikes in lovely, light-flooded settings. "There's nothing I love more than girls on bikes," says Wong. Many commuters might agree--take a look at her homage to the simple but essential mode of transportation.

The Dark, Iconic Anatomy of Dino Valls Dino Valls is a Spanish painter born in 1959 in Zaragoza. Since 1988, he has lived and worked in Madrid. Building on a childhood passion for drawing, Valls taught himself to paint in oils beginning in 1975. After completing his degree in Medicine and Surgery in 1982, Valls devoted himself full-time to the profession of painting. As one of the Spanish representatives of the vanguard of figurative art, Valls' work displays the strong influence of past masters and their studies of the human being. "In Pieces" by Marion Fayolle These illustrations come from French artist Marion Fayolle's wordless book entitled "In Pieces." The book is a series of comic-style narratives about human relationships. These works are meant to make us think, laugh and reflect on our own personal relationship history.

Malika Favre: The Kama Sutra from A to Z Words from Malika Favre: "I am a French illustrator based in London. My approach to illustration is about paring things down as much as possible. I try and get to the essence of my subject by using as few lines and colours as it needs to convey the core of the idea." In this series of alphabet shaped Kama Sutra poses Malika has given us exactly what we need, nothing more and nothing less. Enjoy. The Mysterious World of Russian Photographer, Andrew Pashis Ever since we saw the work of Russian photographer Andrew Pashis' work in Taschen's fantastic "The Erotic Photography 2", we have been on a mission to learn more about the man. And you know what? There isn't much out there! He is a mystery to us, and besides the photo spread you see above, or search has yielded minimal results. What we have found is a bizarre collection of nudes, summer time fun, and almost hostile vibes.

Fernando Chamarelli "Secret Code" @ Thinkspace Gallery This one should be good. Brazilian designer, illustrator and artist Fernando Chamarelli will open a new solo show, Secret Code, at Thinkspace on August 15, the artist’s second solo exhibition with the gallery. We have been following his progress on Instagram as he has set up the show, and this looks like a solid one.