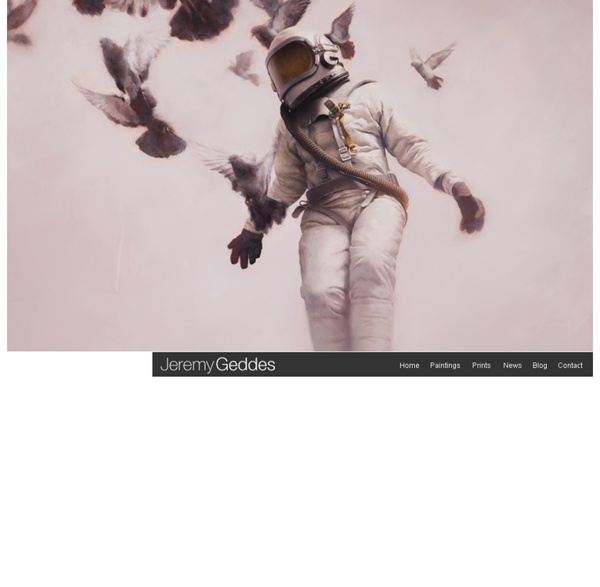 Richard Estes Artist Bio Richard Estes (born May 14, 1932 in Kewanee, Illinois) is an American painter who is best known for his photorealistic paintings. The paintings generally consist of reflective, clean, and inanimate city and geometric landscapes. He is regarded as one of the founders of the international photo-realist movement of the late 1960s, with painters such as Ralph Goings, Chuck Close, and Duane Hanson. (wikipedia) Richard Estes at Marlborough Gallery Richard Estes on Artnet Banksy - Guerilla art wrapped in mystery and controversy [35 pics Banksy Truck Photo credit: Banksy Banksy, an anonymous England based graffiti artist, political activist, film director and painter, is probably the most popular, yet most mysterious, urban street artist in the world. He has become an internationally known as a subversive graffiti artist – yet manages to maintain a secret identity. However, many newspapers assert that his real name is Robert or Robin Banks. He is a counter-cultural prankster, but has art in major cosmopolitan galleries around the globe. He has dozens of celebrity collectors including Brad Pitt, Angelina Jolie and Christina Aguilera. Hint: Use “J” and “K” keys (after the page finish loading) to navigate from picture to picture. Banksy art: Picnic At the guerilla artist Banksy’s L.A. show in 2006, Angelina Jolie spent nearly $400,000 on three pieces of his work. Banksy art: Laugh now but one day we’ll be in charge Banksy art: The bad artist imitate, the good artist steal Photo credit: Banksy Banksy street art: escaping

Painting | Beautiful/Decay Cult of the Creative Arts A recent exhibition in Minneapolis investigates the inherent desire to organize and structure our world, and the ensuing clutter and confusion when we become increasingly influenced by the sprawling technologies we’ve invented to helps us. Eddie Perrote, Leanna Perry and Bill Rebholz conceived Scategories as a display to highlight ordered chaos. ”We’ve enabled our minds to perceive more information, decrease our mental clutter and externalize our memories,” reads the press release, which explains why the exhibition feels a bit overrun, offering too much to process, even when the looking is enjoyable. Each of the artists has one foot firmly planted in the design world, which is perhaps the ideal middle ground to view the changing landscapes of art and design, and how technology is rapidly altering them. The group explains, “Through organizing the brain we present windows into the cerebral wold of structure, chaos, habitual patterns, and seemingly infinite layers of content.

Progress and Process in Liang Yuanwei Da Shan Zi, 798 Art District, 4 Jiuxianqiao Road, Chaoyang District, Beijing, China Liang Yuanwei is, by all accounts, one of the most gifted Chinese painters to have emerged in the past decade, a former member of the group N12 alongside peers like Qiu Xiaofei and Wang Guangle. For her, however, painting has always been more of a process, less about an ultimate image or even a visual effect and more about the production of affect that occurs within the rituals and struggles of daily studio practice. Her last solo exhibition, BLDG115RM1904 staged in a spacious gallery with natural lighting in 2008, was faithful to this notion of procedure but also managed to produce a set of stunningly gorgeous canvases, entitled “A Piece of Life” that depicted the floral and geometric patterns of pieces of cloth. One of Liang’s two concurrent solo exhibitions, Golden Notes, continues this exploration, but the artist seems to have retreated from a preoccupation with form. -- Robin Peckham