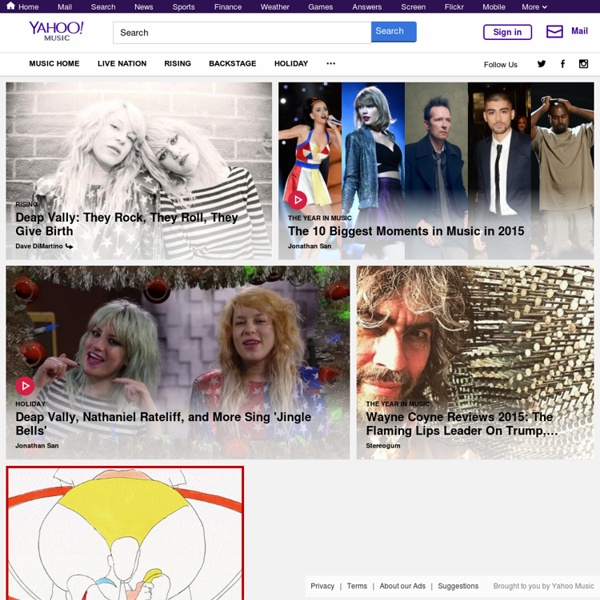 Jef Lee Johnson : Albums Back to main Jef Lee Johnson Discography Discography From position 0, showing 10 items, asking 50 See All Steven Wright Steven Wright Steven Alexander Wright (born December 6, 1955) is an Academy Award winning American comedian, writer and actor, known for his bizarre comic style and morose stage persona. Sourced[edit] Clean the Crud From Your PC - PCWorld Fact: Your Windows PC is slowing down. Maybe it takes longer to boot up or shut down. Perhaps the hard drive grinds in the background constantly. Paid Notice: Deaths TURNER, VELVERT TURNER-Velvert. A noted musician and former understudy of Jimi Hendrix, passed away on the morning of December 11, 2000, at his home in Brooklyn, New York. Velvert was born October 12, 1951, and is survived by his mother, Helen Harris. Mr.

Jazz Albums: Hype FactoryJef Lee Johnson — By Hilarie Grey For some artists, the title "multi-instrumentalist" refers to the ability to make a keyboard sound like six instruments and a percussion section. For the dizzyingly talented Jef Lee Johnson that means he plays everything-besides virtuoso guitar abilities and great power-soul vocals, he plays sax, bass, keyboards and more. Johnson uses these skills for creative, but pointed, swampy funk purposes on the epic, two-disc release Hype Factory (Dreambox Media DMJ/1059; 126:08). Interviews: Louis C.K. Photo courtesy of Louis C.K.'s website Louis C.K. opens his 2010 stand-up comedy film Hilarious by reminding his audience of their mortality. "You're all going to die," he tells them. "And then you're going to be dead for way longer than you're going to be alive.

Cuckolding - Guilt-Free Adultery For Girls! Have you ever daydreamed about having one or more friends with benefits to play with, plus the security of a husband or boyfriend waiting for you at home? Imagine being able to do so while knowing your partner will always be happily faithful to you! If that sounds crazy, think again. Thousands of happily married couples in America have exactly this kind of lifestyle. It’s called “cuckolding,” and it’s becoming increasingly popular. In fact, one site dedicated to the cuckolding phenomenon, CuckoldPlace.com has over 80,000 registered users! History of Drumming For Your Life Institute Steven Angel is the President, founder, and creator of programs of the Drumming for Your Life Institute (DFYL), a non-profit organization based in Santa Monica, California. Steven, a child prodigy, started playing the drums at age three. His first performance was with the legendary Buddy Rich’s band when he was six years old. By 12, Steven’s band opened for Herman’s Hermits and The Animals playing in front of 5,000 to 25,000 fans while on tour in the US and Canada. At 16, Steven recorded an album with Jimi Hendrix’s bass player, Noel Redding with Hendrix playing on one of the tracks.

The Daily Page - Blues Anatomy with Jef Lee Johnson Singer/guitarist Lonnie Johnson was one of the most influential blues and jazz players of the 1920s and '30s. Among other things, his early blues sides for Okeh and Bluebird fired the imagination of the young Robert Johnson, and his single-note jazz lines predated Charlie Christian's own revolutionary single-note solos by a decade. Louis Armstrong employed him; so did Duke Ellington. And the R&B ballad "Tomorrow Night," Johnson's smooth reworking of an old popular song, attracted the interest of the young Elvis Presley, who essentially re-created the musical polymath's original 1948 recording. On this modest tribute CD, veteran Philadelphia guitarist Jef Lee Johnson (Ronald Shannon Jackson, Aretha Franklin, Common, etc.), whose own work in the funk, jazz and rock idioms deserves much more attention, adds all the soul, swing and musical invention that tunes as different as "St.

It's official: Windows 7 is a hit, and XP is finally in decline Want more charts? See my follow-up post, When will XP finally fade away? And be sure to vote in the poll. Jimi Hendrix, Miles Davis, Quincy Jones, Sun Ra, Roland Kirk… « Sound Colour Vibration (Music Jimi Hendrix, Miles Davis, Quincy Jones, Sun Ra, Roland Kirk… Note: I found this on the fantastic site which as of now is non operational. I have no clue how much of this is speculation, but it sure is one interesting read, check it out if you have some time: Jimi & Miles played together quite a few times, tho’ never in a formal setting. On one of the bootleg tapes I heard (there are quite a few), Miles is on the piano & Jimi on guitar plugged into a tiny amp.