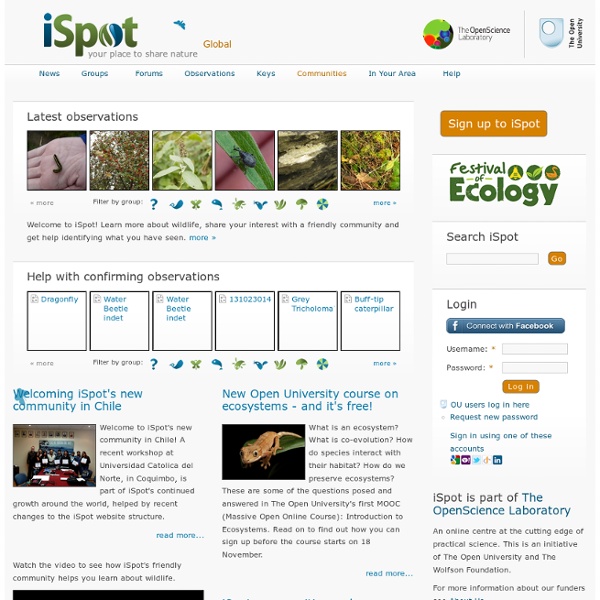 Volunteers Needed for Massive Smithsonian Digitization Project Today the Smithsonian launches its Transcription Center website to the public. The website is designed to leverage the power of crowds to help the Smithsonian unlock the content inside thousands of digitized images of documents, such as handwritten Civil War journals, personal letters from famous artists, 100-year-old botany specimen labels and examples of early American currency. The Smithsonian has already produced digital images for millions of objects, specimens and documents in its collection. Many of the digitized documents are handwritten or have text that computers cannot easily decipher.

Large Pelagics Research Center - Improves Management of Large Pelagic Marine Species Get involved! Help the Large Pelagics Research Center improve scientific understanding of large pelagic species by supporting and participating in co-operative research projects. The LPRC initiated its Tag A Tiny program in 2006 to study the annual migration paths and habitat use of juvenile Atlantic bluefin tuna. Notes from Nature People have been collecting specimens from the natural world for centuries - minerals, plants, fungi and animals. Today, there are an estimated two billion specimens housed in natural history museums around the world! These biological collections document where species and populations exist now and where they existed decades and centuries before, so they hold irreplaceable information necessary for uncovering the patterns of changes in species distributions and ecosystem composition over time. Scientists use such data and information in order to address key environmental issues we are facing right now, such as the impacts of climate change and how diseases affect wildlife and humans.

Bat Detective The sonograms on the site are from thousands of hours of ultrasonic recordings made on bat surveys by volunteers all over the world. Many of the surveys were made through the Indicator Bats Program (iBats) which monitors bat populations globally by listening to the sounds bats use to navigate and find food. iBats is a partnership project between national conservation groups in many different countries and the Zoological Society of London and The Bat Conservation Trust, and is funded by The Darwin Initiative and The Leverhulme Trust. The recordings on Bat Detective were mostly made by iBats volunteers using special ultrasonic detectors. These detectors listen to sounds for 340ms snapshots at a time and then slows down the sound by ten times and plays back the sound through the detector. The detector then listens again for 340ms and so on until the survey is finished. Bats use sound at high frequencies, so slowing down the sound means that the frequency is lowered and it can be recorded.

NSF Citizen Science DiscoveryBe a (citizen) scientist! A celebration of open science and innovation September 30, 2015 Citizen Science: Wildlife Observation Data Collection Skip to main navigation Many people enjoy observing wildlife in many different ways. Occasionally there are opportunities for you to help the Bureau of Wildlife collect valuable data. In some cases this may require special effort but, in many cases all that is required is recording what you see while bird watching, hunting, hiking, scouting, etc. See the links below and in the right hand columm of this page for current volunteer opportunities and results of past efforts. Notes from Nature Natural History has its roots in the ancient world, from Aristotle’s History of Animals to Pliny the Elder’s Natural History. Collection of specimens for “Cabinets of Curiosities” flourished during the Renaissance (many of them contained fantastical faked creatures) and some of the earliest Natural History museums, like the Muséum National d’Histoire Naturelle, were founded. By the 19th century, modern scientific collection had begun and many of today’s Natural History collections originate from this period.

Evolution MegaLab Did you know that thanks to a common little snail you can find in your garden, in the park or under a hedge, you can see evolution in your own back yard? OK, so evolution is a very slow process. Life on Earth started about three-and-a-half billion years ago! It's the tiny changes accumulating over a long, long time that got us here. And you can see some of those tiny steps by joining the Evolution MegaLab. Notes from Nature The Botanic Garden and Botanical Museum Berlin says “Danke schön” – “Thank you” Herbarium and the biodiversity informatics staff at the Botanischer Garten und Botanisches Museum Berlin Thanks a lot to the Notes from Nature Community for completing the Amaranthaceae expedition. Your transcriptions are very helpful for the Caryophyllales (an order of flowering plants that includes the cacti, carnations, amaranths, etc.) research group at the Berlin Botanical Museum. We’ll include the results into information systems to make them available for further research queries.

Unscramble the Clouds Unscramble the Clouds Drag the misplaced pieces of the picture to where you think they belong. What are clouds, anyway? Clouds are the sky's way of moving water from one place to another. Water on land or in the ocean evaporates, turning from a liquid to a gas called water vapor. The water vapor rises, cools, and then turns back into a liquid, forming tiny droplets.