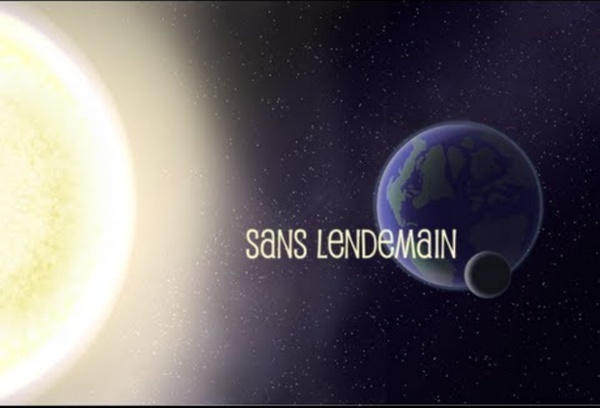 What will be left when we’re gone? Bones, plastic, and radioactive waste. Millions of years from now, what will be left of us? At the rate we’re going, nature might well have taken over. Moscow and Mumbai will be sand and gravel cast across the desert expanse; New York City and Amsterdam will be sediment on the ocean floor, softened by the unrelenting tides. But beneath the Earth’s surface, preserved in bedrock, some of the structures that supported life aboveground might still be intact: subways, quarries, and sewage systems. To piece together the story of our species, a hypothetical archaeologist might have to hunt for clues underground, much as today we dig for fossils to learn about the past.

Report: Humanity Has Overshot The Earth's Biocapacity A new report on China’s ecological footprint opens with some grim news for the planet as a whole: The demand humans place on the planet — in terms of land use, resource consumption, pollution, and so on — overshot the Earth’s threshold for sustaining that demand back in the early 1970s. Since then the gap has only grown wider. The report measures that demand by “ecological footprint,” which takes into account the area people use to produce the renewable resources they consume, the area that’s taken up by infrastructure, and the area of forest needed to absorb CO2 emissions not absorbed by the ocean.

Time of Great Dying: Population Bomb Bursts, the End of Old-Growth Forests, and the Great Awakening Exponential human population growth can only end in collapse (courtesy of Population Matters) Gaia, the living biosphere, is infested with humans. Not just any humans, but the type that grow fat and reproduce exponentially by liquidating natural ecosystems. Cleantech Open 09 - EcoFactor is NOT a Smart Thermostat - It's Better. Photos by Jaymi Heimbuch EcoFactor is easy to mistake for a smart thermostat, since that's what the user sees. But really, it's not a smart thermostat at all. The Pernicious Myth of Perpetual Economic Growth Economic growth is destroying the biosphere Nothing grows forever. The myth the economy can is destroying the biosphere. By Dr. Glen Barry

Cleantech Open Announces Winners for Hottest Green Tech Start-Ups Image via Cleantech OpenCleantech Open is thee competition for Claifornia (and nationwide) start-ups looking to gain seed money for their ideas. The hottest new concepts for clean technology in six categories - from renewable energy to waste to energy efficiency to water use - show of their ideas, and at the end of the competition, it is announced which winners will receive a grand prize of $250,000. I spent a few hours roaming the rows of great ideas (more posts on some of the coolest to come later today) and at the end of the evening, the exciting news was announced. Check out who you'll be hearing a lot more about (and may have in your home) in the months to come... Selected from the 12 finalists of the Cleantech Open business plan competition, the National Prize was awarded to EcoFactor.

The pope is writing a big green manifesto The first clue that Pope Francis might be a greenie came when he chose to name himself after Francis of Assisi, the patron saint of animals and the environment. We’ve also learned that he likes riding buses and doesn’t like fracking. Soon we’ll find out more about his views on environmental protection. The Associated Press reports: Pope Francis has begun drafting an encyclical on ecology.The Vatican spokesman, the Rev.

EcoFactor Helps Customer Discover Botched Home Improvement Project Image via EcoFactor EcoFactor is an energy management software start-up that recently won a Cleantech Open award. It aggregates data abut your home's energy use and gives a grade for each zone of the house.