As we’ve watched digital networks reshape just about every aspect of business these days, I’ve found that we’ve struggled to come up with the right words and ways to describe a very different way of working. 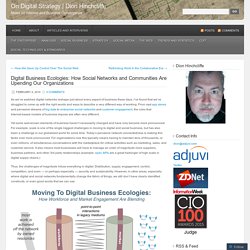 From vast app stores and pervasive streams of big data to enterprise social networks and customer engagement, the rules that Internet-based models of business impose are often very different. Yet some well-known elements of business haven’t necessarily changed and have only become more pronounced: For example, scale is one of the single biggest challenges in moving to digital and social business, but has also been a challenge in our globalized world for some time. Today’s pervasive network connectedness is making this factor ever more pronounced. For organizations now this typically means having to maintain tens of thousands, or even millions, of simultaneous conversations with the marketplace for critical activities such as marketing, sales, and customer service. 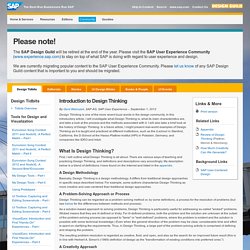 A Problem-Solving Approach or Process As a solution-based approach to solving problems, Design Thinking is particularly useful for addressing so-called "wicked" problems. Sharing economy. Over the last few years, there has been an enormous amount of industry discussion about how the digital world is changing the way we work. 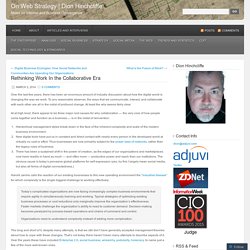 To any reasonable observer, the ways that we communicate, interact, and collaborate with each other are all in the midst of profound change. At least the why seems fairly clear. At at high level, there appear to be three major root causes for why collaboration — the very core of how people come together and function as a business — is in the midst of reinvention: Hierarchical management styles break down in the face of the inherent complexity and scale of the modern business environment.New digital tools have put us in constant and direct contact with nearly every person in the developed world at virtually no cost or effort. Harold Jarche calls the reaction of our existing businesses to this new operating environment the “industrial disease” for which complexity is the single biggest challenge to working effectively: What do we see in ourselves today that is different from yesterday? 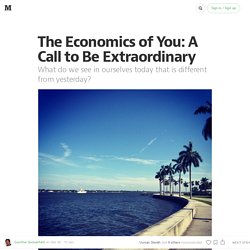 Recently, I met with a guy who is a 40-something programmer. His resume is impressive as a senior-level developer and he’s done stuff at very high levels. We’re roughly the same age, although we’ve had very different life experiences. He wanted to talk to me ‘about a new venture idea’, and was nice enough to buy me lunch and provide some context behind the concept. His idea is actually pretty cool, kinda game-changing. Yet, as I got around to asking him specific questions, you know, about him, the conversation pivoted. “Why do you want to know these things about me?” “Have you ever started a business?” Searching. Step by Step: Designing Personalized Learning Experiences For Students. The phrase “personalized learning” gets tossed around a lot in education circles. 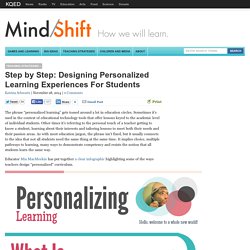 Sometimes it’s used in the context of educational technology tools that offer lessons keyed to the academic level of individual students. Other times it’s referring to the personal touch of a teacher getting to know a student, learning about their interests and tailoring lessons to meet both their needs and their passion areas. As with most education jargon, the phrase isn’t fixed, but it usually connects to the idea that not all students need the same thing at the same time. 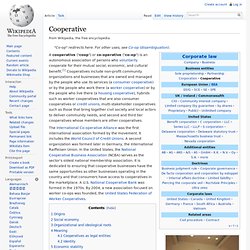 The International Co-operative Alliance was the first international association formed by the movement. It includes the World Council of Credit Unions. A second organization was formed later in Germany, the International Raiffeisen Union. Origins[edit] Meaning[edit]