Famous Economists - Biography.com. 20 Most Influential Living Economists. Coming up with a list of influential economists from the past is easy enough. 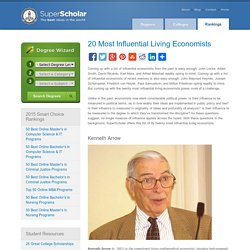 How to make the most of LinkedIn. Today, lobbing resumes and application forms into black holes called recruiting portals will not move your job search forward. 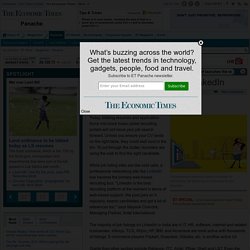 Unless you ensure your CV lands on the right table, they could well land in the bin. To cut through the clutter, recruiters are using the web to find the right candidate. While job listing sites are like cold calls, a professional networking site like LinkedIn has become the primary web-based recruiting tool. "LinkedIn is the best recruiting platform at the moment in terms of web-based support.

We post jobs on it regularly, search candidates and get a lot of references too," says Mayank Chandra, Managing Partner, Antal International. The majority of job listings on LinkedIn in India are in IT, HR, software, internet and related businesses. Giants from other sectors include Reliance, ITC, Airtel, Pfizer, Shell and L&T. However, more than hiring, LinkedIn is used as a head-hunting tool. NATO: Guardian of peace or bellicose bully?

"We are pretty close to a new Cold War because of Russia's illegal actions in Ukraine," says former Secretary-General of NATO Anders Fogh Rasmussen who led the alliance from 2009 to 2014. 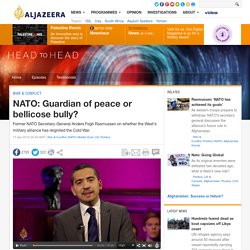 In this episode of Head to Head, Mehdi Hasan challenges Anders Fogh Rasmussen, the former Danish prime minister and former NATO chief, on the West's military alliance's role in Eastern Europe and the so-called War on Terror. We examine his record since assuming office in 2001, his role in the European support for the Iraq War and ask whether his NATO policies since 2009 have backfired. Is it the West, or Putin who calls the shots in Ukraine? Has NATO reignited the Cold War?

My outrage and yours. It is a paradox of our times that we seem to have both too much outrage and too little. 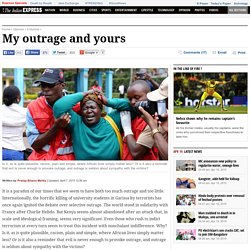 Internationally, the horrific killing of university students in Garissa by terrorists has once again ignited the debate over selective outrage. The world stood in solidarity with France after Charlie Hebdo. But Kenya seems almost abandoned after an attack that, in scale and ideological framing, seems very significant. Even those who rush to indict terrorism at every turn seem to treat this incident with nonchalant indifference. Indianexpress. You know, I know and every Pakistani I know also knows that there is never going to be ‘azadi’ for Kashmir. 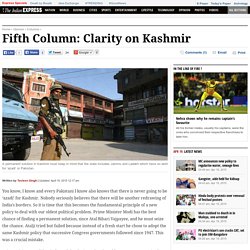 Nobody seriously believes that there will be another redrawing of India’s borders. So it is time that this becomes the fundamental principle of a new policy to deal with our oldest political problem. Prime Minister Modi has the best chance of finding a permanent solution, since Atal Bihari Vajpayee, and he must seize the chance. Atalji tried but failed because instead of a fresh start he chose to adopt the same Kashmir policy that successive Congress governments followed since 1947.

This was a crucial mistake. Prime Minister Modi has indicated that he is not burdened by past Congress mistakes and that he is ready for a new beginning. When I was last in Kashmir two years ago what struck me most strongly was how similar the problems of young Kashmiris were to the problems of young Indians everywhere in India. Whatever happened to Obama’s pivot to Asia? Whatever happened to Obama’s pivot to Asia? 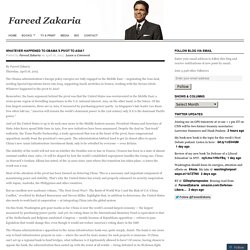 Posted by Fareed Zakaria on April 16, 2015 · Leave a Comment By Fareed Zakaria Thursday, April 16, 2015 The Obama administration’s foreign policy energies are fully engaged in the Middle East — negotiating the Iran deal, sending Special Operations forces into Iraq, supporting Saudi airstrikes in Yemen, working with the Syrian rebels. Whatever happened to the pivot to Asia? Remember, the basic argument behind the pivot was that the United States was overinvested in the Middle East, a crisis-prone region of dwindling importance to the U.S. national interest. And yet the United States is up to its neck once more in the Middle Eastern morass. The stability of the world will not rest on whether the Houthis win or lose in Yemen. Most of the attention of the pivot has been focused on deterring China. But an excellent new academic volume, “The Next Great War?

On this front, Washington gets poor marks so far. Washington has a strong hand. Like this: