Top 13 Places to Find an English Speaking Partner Online. Today, you will speak hundreds or thousands of words. 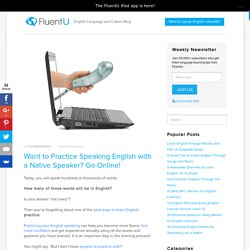 How many of these words will be in English? Is your answer “not many”? Then you’re forgetting about one of the best ways to learn English: practice. Practicing your English speaking can help you become more fluent, feel more confident and get experience actually using all the words and grammar you have learned. 6 things to do when you first meet someone if you want them to remember you forever. How to Have an Interesting Conversation - Motto.

Whether you’re on a first date, at a networking event or with a new group of friends, the prospect of holding a meaningful conversation with an unfamiliar person can cause considerable social anxiety. 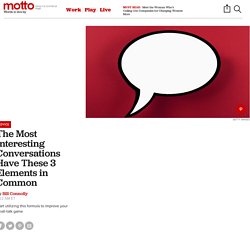 Many books and training seminars promise to help you craft the perfect opener, to script conversations that will yield positive results and powerful relationships. But the things is, a conversation is a totally improvised interaction. So trying to plan it out is a fruitless effort that will most likely result in increased stress. Of course, we all enter into social engagements with an idea of what we might say or do, but that plan almost always goes up in smoke at the beginning of the exchange.

10 Tips and Tricks to Learn Any Language. Matthew Youlden speaks nine languages fluently and understands more than a dozen more. 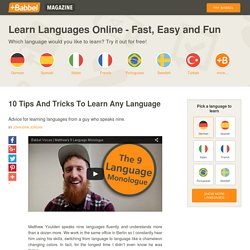 We work in the same office in Berlin so I constantly hear him using his skills, switching from language to language like a chameleon changing colors. In fact, for the longest time I didn’t even know he was British. When I told Matthew how I’ve been struggling to merely pick up a second language, he had the following advice for me. If you believe that you can never become bilingual, take note! 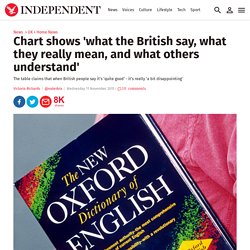 But what is behind its success? The three-part table was first reported in 2011, and is split into three columns. TED in 3 minutes. Make Small Talk: 3-Step Method for Everyone. Coming from someone who just graduated from business school, it may seem strange to focus on the skill of small talk. 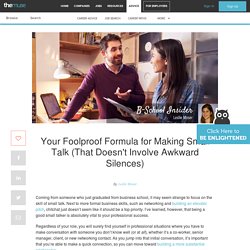 Next to more formal business skills, such as networking and building an elevator pitch, chitchat just doesn’t seem like it should be a top priority. I’ve learned, however, that being a good small talker is absolutely vital to your professional success. Why Do Americans and Brits Have Different Accents? In 1776, whether you were declaring America independent from the crown or swearing your loyalty to King George III, your pronunciation would have been much the same. 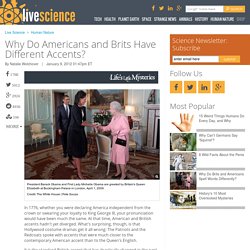 At that time, American and British accents hadn't yet diverged. What's surprising, though, is that Hollywood costume dramas get it all wrong: The Patriots and the Redcoats spoke with accents that were much closer to the contemporary American accent than to the Queen's English. It is the standard British accent that has drastically changed in the past two centuries, while the typical American accent has changed only subtly. How to Be Someone People Love to Talk To. When do we really learn good conversation skills? 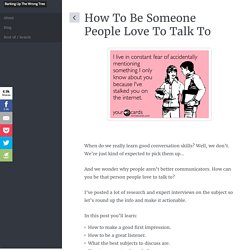