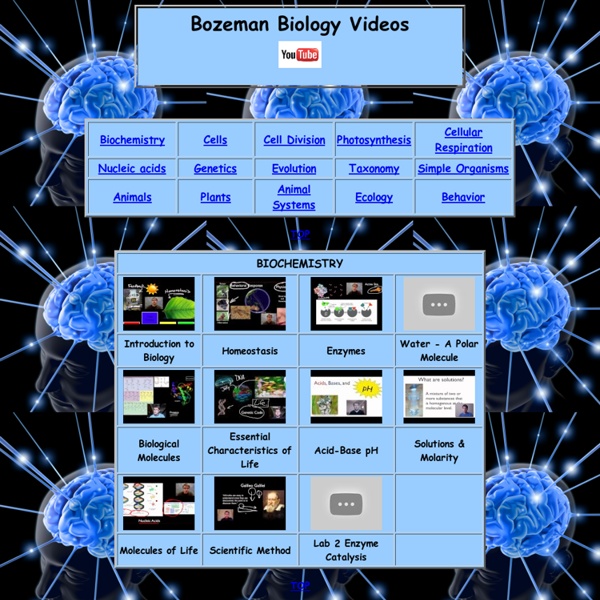 projects for Exclusively online Formal Verification is the process of rigorously analyzing software to detect flaws that make programs vulnerable to exploitation. Performing this analysis requires highly skilled engineers with extensive training and experience. This makes the verification process costly and relatively slow. Evolution Games, Labs, Acivities Evolution Living things change over time! Learn about and review the mechanisms that cause genetic change in populations, as well as several lines of evidence for change over time. Also, explore how organisms are classified into groups and named. Evolution Video Games, Virtual Labs & Activities

Cell Size and Scale Some cells are visible to the unaided eye The smallest objects that the unaided human eye can see are about 0.1 mm long. That means that under the right conditions, you might be able to see an ameoba proteus, a human egg, and a paramecium without using magnification. A magnifying glass can help you to see them more clearly, but they will still look tiny. Smaller cells are easily visible under a light microscope. It's even possible to make out structures within the cell, such as the nucleus, mitochondria and chloroplasts. Neuroscience: Hardwired for taste : Nature A mouthful of bittersweet chocolate cake with a molten centre can trigger potent memories of pleasure, lust and even love. But all it takes is one bad oyster to make you steer clear of this mollusc for life. Neuroscientists who study taste are just beginning to understand how and why the interaction of a few molecules on your tongue can trigger innate behaviours or intense memories.

Explore, Play, Discover: Websites, Activities & More Search form Search Low-cost, teacher-tested activities for the classroom and the curious. Science of Cooking • Explore the science behind food and cooking with recipes, activities, and Webcasts.PreviousNext Explore, Play, Discover: Websites, Activities, and More 100 Very Cool Facts About The Human Body The Brain The human brain is the most complex and least understood part of the human anatomy. There may be a lot we don’t know, but here are a few interesting facts that we’ve got covered. Nerve impulses to and from the brain travel as fast as 170 miles per hour. Ever wonder how you can react so fast to things around you or why that stubbed toe hurts right away? It’s due to the super-speedy movement of nerve impulses from your brain to the rest of your body and vice versa, bringing reactions at the speed of a high powered luxury sports car.The brain operates on the same amount of power as 10-watt light bulb.

Cell wall - Wikipedia, the free encyclopedia.url The material in the cell wall varies between species, and can also differ depending on cell type and developmental stage. In bacteria, peptidoglycan forms the cell wall. Archaean cell walls have various compositions, and may be formed of glycoprotein S-layers, pseudopeptidoglycan, or polysaccharides. Fungi possess cell walls made of the glucosamine polymer chitin, and algae typically possess walls made of glycoproteins and polysaccharides. How Do Animals Become Zombies? Instant Egghead [Video] It may sound like something straight out of a horror movie, but many animals can come under the zombie-like control of parasites. So what about humans? Scientific American editor Katherine Harmon fills us in on the ghoulish side of Nature. Give a Gift & Get a Gift - Free!

Microscope Imaging Station. Neurons: A Fish-Eye View of the Brain Speed-dating neurons make connections Researchers in the Smith lab have also been able to watch the development of single neurons as they grow and connect to each other to complete the optical system. What they’ve seen helps explain how the brain's enormous complexity emerges. Concept Cartoons These concept cartoons were developed by Dianne Anderson and Kathleen Fisher (2002) as prompts for eliciting discussion about ideas in evolution. They can also be used as assessment tools. The cartoons are best suited for college non-majors and pre-college classes. Animal Cell Anatomy - EnchantedLearning.com.url Advertisement. EnchantedLearning.com is a user-supported site. As a bonus, site members have access to a banner-ad-free version of the site, with print-friendly pages.Click here to learn more. (Already a member?

Scientists unlock chemical processes behind silver-related skin condition Ingesting silver — in antimicrobial health tonics or for extensive medical treatments involving silver — can cause argyria, condition in which the skin turns grayish-blue. Brown researchers have discovered how that happens. The process is similar to developing black-and-white photographs, and it's not just the silver. PROVIDENCE, R.I. [Brown University] — Researchers from Brown University have shown for the first time how ingesting too much silver can cause argyria, a rare condition in which patients’ skin turns a striking shade of grayish blue. Superpower: Immortality video Darwin’s theory of evolution by natural selection Homo Sapien Evolution An infinite amount of birthdays seems incomprehensible. Infinity is a tough concept! Using the fundamentals of set theory, explore the mind-bending concept of the "infinity of infinities" -- and how it led mathematicians to conclude that math itself contains unanswerable questions.