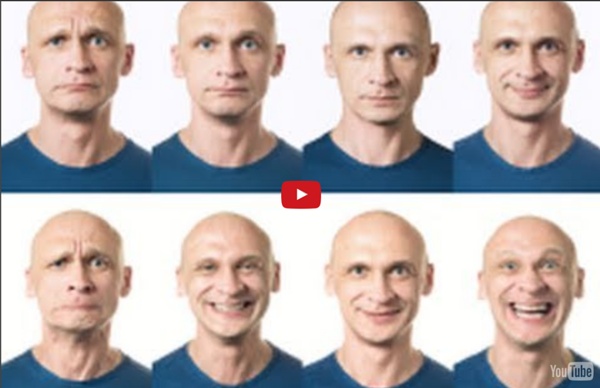 Body Language Basics - Syncrat Publishing Throughout history it has been an advantage if an individual can read body language. Body language helps in everyday life from closing a business deal or trusting someone with your life, to recognising when someone is upset. Body language is the art of making an educated guess at a person’s feelings or intentions based on their posture, movement and positioning. The Egg Author's Note: The Egg is also available in the following languages: The Egg By: Andy Weir You were on your way home when you died. It was a car accident.

Evolutionary Psychology 1. Evolutionary Psychology: One research tradition among the various biological approaches to explaining human behavior This entry focuses on the specific approach to evolutionary psychology that is conventionally named by the capitalized phrase “Evolutionary Psychology”. How to Detect Lies - body language, reactions, speech patterns Interesting Info -> Lying Index -> How to Detect Lies Become a Human Lie Detector (Part 1) Warning: sometimes ignorance is bliss. After gaining this knowledge, you may be hurt when it is obvious that someone is lying to you. The following deception detection techniques are used by police, forensic psychologists, security experts and other investigators.

Ten games that make you think about life At the start of this year, we decided to come up with a list of Flash casual games with a philosophical bent. To be honest, we struggled. After days of research, we could only find a handful of games that had the thought-provoking depth we were looking for. Our list (which you can view by clicking here) was therefore only five games long. Fast forward to now, and it is remarkable how much difference a few months can make. The Secret Language Code Are there hidden messages in your emails? Yes, and in everything you write or say, according to James Pennebaker, chair of the department of psychology at the University of Texas at Austin. Pennebaker has been a leader in the computer analysis of texts for their psychological content. And in his new book, “The Secret Life of Pronouns,” he argues that how we use words like “I,” “she,” and “who” reveal secrets of our psychology.

How to Read Body Language Key Points Look for emotional cues, such as crying, anger, or embarrassment. More ↓Look for physical cues to determine the status of a relationship. 10 Brilliant Social Psychology Studies Ten of the most influential social psychology experiments. “I have been primarily interested in how and why ordinary people do unusual things, things that seem alien to their natures.Why do good people sometimes act evil?Why do smart people sometimes do dumb or irrational things?” –Philip Zimbardo Like eminent social psychologist Professor Philip Zimbardo (author of The Lucifer Effect: Understanding How Good People Turn Evil), I’m also obsessed with why we do dumb or irrational things. The answer quite often is because of other people – something social psychologists have comprehensively shown.

List of memory biases In psychology and cognitive science, a memory bias is a cognitive bias that either enhances or impairs the recall of a memory (either the chances that the memory will be recalled at all, or the amount of time it takes for it to be recalled, or both), or that alters the content of a reported memory. There are many different types of memory biases, including: See also[edit] [edit] ^ Jump up to: a b c d e Schacter, Daniel L. (1999). "The Seven Sins of Memory: Insights From Psychology and Cognitive Neuroscience". Using Body Language Techniques > Using Body Language Message clusters | Core patterns | Parts-of-body language | Other notes | See also Body language is an important part of communication which can constitute 50% or more of what we are communicating.

10 Practical Uses For Psychological Research in Everyday Life People love to give each other advice. The web is full to bursting with all types of pseudo-psychological advice about life. The problem is, how much of this is based on real scientific evidence? Well, here on PsyBlog we’ve got the scientific evidence. So here’s my top 10 list of what you can learn practically from the psychological research discussed here recently. Body Language Table Of Contents Introduction 1. Understanding Body Language Basics

SCHOPENHAUER'S 38 STRATAGEMS, OR 38 WAYS TO WIN AN ARGUMENT Arthur Schopenhauer (1788-1860), was a brilliant German philosopher. These 38 Stratagems are excerpts from "The Art of Controversy", first translated into English and published in 1896. Carry your opponent's proposition beyond its natural limits; exaggerate it. The more general your opponent's statement becomes, the more objections you can find against it. The more restricted and narrow his or her propositions remain, the easier they are to defend by him or her. Use different meanings of your opponent's words to refute his or her argument.