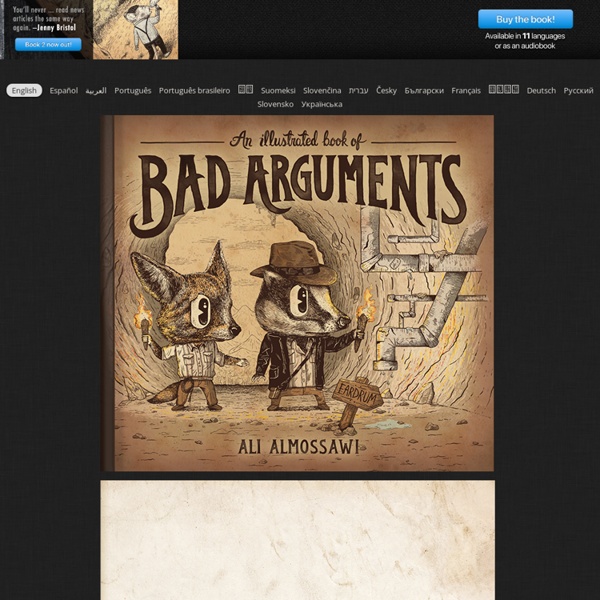 A reader recently wrote in asking if I could share a bit about the process of putting the book together and talk about how the project started. Certainly. I go on two solitary walks every day. There is a small park off the Embarcadero that is tucked away in a quiet spot. It has a pleasant stream flowing through it and an unassuming bench beside that stream. I have made walking to that frail bench a ritual, and the half an hour or so spent daydreaming on it amid the cool San Francisco breeze, an article of faith. It was on a day in October of last year when, during one of those quiet moments on that bench, I recalled my college years and how outspoken I happened to be during them, an observation only made interesting by the fact that I have since turned into the quietest of beings. A realization that coincided with that nostalgic whiff was that a sizable amount of the discourse nowadays continues to be plagued with bad reasoning.

STANDARD OUTLINE FOR  RESEARCH P Not only will this outline help you write, it will help you skim college-level reading. Note: In a group project, each individual’s paper—like chapters-- may follow IV-VII. Later, write I, II, III &, VII-VIII to frame all of the individual sections coherently. This is a guideline, not a Bible!!! Content determines format; write to affect an audience. caster09

ISAR - Rewriting Mental Testing History Rewriting Mental Testing History: The View from the American Psychologist Note: This article, first published in 1986, is a critique of Mark Snyderman and Richard J. Herrnstein, "Intelligence Tests and the Immigration Act of 1924," American Psychologist 38 (September 1983): 986-995, in which the authors argue: "The testing community did not generally view its findings as favoring restrictive immigration policies like those of the 1924 Act, and Congress took virtually no notice of intelligence testing, as far as one can ascertain from the records and publications of the time." (p. 986). Steven A. Gelb, Garland E.

The Truth About Undocumented Immigrants and Taxes Every year, the Social Security Administration collects billions of dollars in taxes that it doesn’t know who paid. Whenever employers send in W-2 forms that have Social Security numbers that don’t match with anyone on record, the agency routes the paperwork to what’s called the Earnings Suspense File, where it sits until people can prove the wages were theirs, allowing them to one day collect retirement benefits. The Earnings Suspense File now contains Social Security tax forms that date back to 1937 and are linked to the taxes that were paid on nearly $1.3 trillion in wages. Some of the W-2s in it belong to people who got married and never reported changing their name. Others are people who filled out their tax forms incorrectly. As of 2014, efforts to track these taxpayers down allowed the Social Security Administration to match 171 million tax forms to their rightful owners.

mshesso:Grammar AA = Avoid Anthropomorphism Do not assign uniquely human qualities to inanimate objects. For instance, results do not think and the literature does not believe. Inanimate objects or concepts can perform actions, such as supporting theories, demonstrating effects, and so forth, but they cannot engage in strictly human activities such as thinking and believing. See Section 3.09 (Precision and Clarity - Attribution), p. 69 of the APA Publication Manual for further details. Return to the Table of Contents. Psychology & The Human Mind What Science Tells Us about Beating Addiction Aspen Ideas Festival PBS Addiction has been scientifically established as a disease, not an absence of willpower. 9 Historical Myths Everyone Still Wants To Believe It’s often said that “history is written by the winners” to which one might add “and revised by idealists wearing rose-colored glasses.” Today, we have access to more information than ever before, but it remains unclear how well that’s helping us to clarify centuries-old misunderstandings about who we are or where we came from. While browsing through the question-and-answer site Quora recently, I came upon a thread called “What are some of the biggest lies in history that are still being taught in modern day schools?” It was a real eye-opener.

How to improve your Critical Thinking skills: Interview with Dr. Gerald Nosich – Life Lessons In this article I interview an expert on Critical Thinking, Dr. Gerald Nosich from the Foundation for Critical Thinking, who has been teaching Critical Thinking since 1977 to find out how we can improve our Critical Thinking skills. In this article you will learn: Let’s start at the beginning… Michael: What is Critical thinking? Dr. Chemistry Ph.D. Student Turned Her Thesis Into a Comic Book Mention the word “quasicrystals” and everyone will immediately know what you’re talking about, right? Probably not. University of Wisconsin-Madison chemistry Ph.D. student Veronica Berns recognized this conundrum when she began working on her thesis. Berns wanted to share her work with friends and family, but she struggled to find an accessible way to do so. Eventually, she decided that the best way to explain these divergent crystals was to diverge from the normal thesis form herself– and thus her chemistry comic book, Atomic Size Matters, was born.

OWL Contributors:Allen Brizee.Summary: This resource outlines the generally accepted structure for introductions, body paragraphs, and conclusions in an academic argument paper. Keep in mind that this resource contains guidelines and not strict rules about organization. Your structure needs to be flexible enough to meet the requirements of your purpose and audience. The following sections outline the generally accepted structure for an academic argument paper.