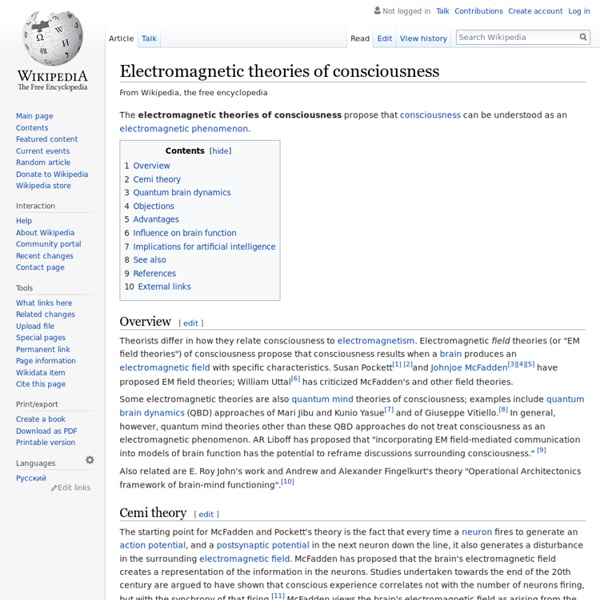 Randomly Awesome Words MSNBC - How to Think About the Mind How to Think About the MindNeuroscience shows that the 'soul' is the activity of the brain Sept. 27 issue - Every evening our eyes tell us that the sun sets, while we know that, in fact, the Earth is turning us away from it. Astronomy taught us centuries ago that common sense is not a reliable guide to reality. Today it is neuroscience that is forcing us to readjust our intuitions. People naturally believe in the Ghost in the Machine: that we have bodies made of matter and spirits made of an ethereal something. Yes, people acknowledge that the brain is involved in mental life. Modern neuroscience has shown that there is no user. This resistance is not surprising. The disconnect between our common sense and our best science is not an academic curiosity. Prozac shouldn't be dispensed like mints, of course, but the reason is not that it undermines the will. To many, the scariest prospect is medication that can make us better than well by enhancing mood, memory and attention.

Panpsychism In philosophy, panpsychism is the view that mind or soul (Greek: ψυχή) is a universal feature of all things, and the primordial feature from which all others are derived. The panpsychist sees him or herself as a mind in a world of minds. Panpsychism is one of the oldest philosophical theories, and can be ascribed to philosophers like Thales, Plato, Spinoza, Leibniz and William James. Panpsychism can also be seen in eastern philosophies such as Vedanta and Mahayana Buddhism. Etymology[edit] The term "panpsychism" has its origins with the Greek term pan, meaning "throughout" or "everywhere", and psyche, meaning "soul" as the unifying center of the mental life of us humans and other living creatures History[edit] Ancient philosophy[edit] Early forms of Panpsychism can be found in pre-modern animistic beliefs in religions such as Shinto, Taoism, Paganism and Shamanism. Renaissance[edit] Illustration of the Cosmic order by Robert Fludd, the World Soul is depicted as a woman. Contemporary[edit]

Evidence for psychic activity found It took eight years and nine experiments with more 1,000 participants, but the results offer evidence that humans have some ability to anticipate the future. "Of the various forms of ESP or psi, as we call it, precognition has always most intrigued me because it's the most magical," said Daryl Bem, professor of psychology emeritus, whose study will be published in the American Psychological Association's Journal of Personality and Social Psychology sometime next year. "It most violates our notion of how the physical world works. Publishing on this topic has gladdened the hearts of psi researchers but stumped doubting social psychologists, who cannot fault Bem's mainstream and widely accepted methodology. "The research and this article are specifically targeted to my fellow social psychologists," Bem said. Rather than present a stimulus and measure a subject's response, Bem measured the subject's response before the stimulus was presented.

Neuroscience of free will Neuroscience of free will is the part of neurophilosophy that studies the interconnections between free will and neuroscience. As it has become possible to study the living brain, researchers have begun to watch decision making processes at work. Findings could carry implications for our sense of agency and for moral responsibility and the role of consciousness in general.[1][2][3] Relevant findings include the pioneering study by Benjamin Libet and its subsequent redesigns; these studies were able to detect activity related to a decision to move, and the activity appears to begin briefly before people become conscious of it.[4] Other studies try to predict activity before overt action occurs.[5] Taken together, these various findings show that at least some actions - like moving a finger - are initiated unconsciously at first, and enter consciousness afterward.[6] A monk meditates. Overview[edit] -Patrick Haggard[6] discussing an in-depth experiment by Itzhak Fried[13] Criticisms[edit]

List of unsolved problems in philosophy This is a list of some of the major unsolved problems in philosophy. Clearly, unsolved philosophical problems exist in the lay sense (e.g. "What is the meaning of life?", "Where did we come from?", "What is reality?" Aesthetics[edit] Essentialism[edit] In art, essentialism is the idea that each medium has its own particular strengths and weaknesses, contingent on its mode of communication. Art objects[edit] This problem originally arose from the practice rather than theory of art. While it is easy to dismiss these assertions, further investigation[who?] Epistemology[edit] Epistemological problems are concerned with the nature, scope and limitations of knowledge. Gettier problem[edit] In 1963, however, Edmund Gettier published an article in the periodical Analysis entitled "Is Justified True Belief Knowledge?" In response to Gettier's article, numerous philosophers have offered modified criteria for "knowledge." Infinite regression[edit] Molyneux problem[edit] Münchhausen trilemma[edit] [edit]