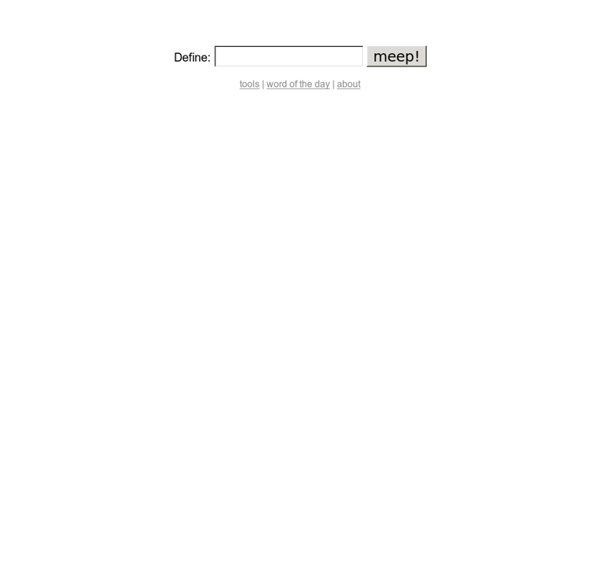 Internet The Easy Way Country: USA About Us Contact Us Plugins English Dictionary The English dictionary is based on WordNet 1.7.1 (Copyright © 2001 by Princeton University. All rights reserved). It contains around 150 thousand terms with examples, synonyms, antonyms, and related words. To use the dictionary, you may search using the search box above or you may browse the word listings by letter of the alphabet below: This is Design 24 August 2011 – 22 January 2012 To coincide with the opening of the Design Museum’s latest exhibition, ‘This is Design’, the museum has announced two major acquisitions to its Collection: Britain’s celebrated red telephone box, donated by BT and a set of traffic lights designed by David Mellor. The acquisitions are both featured in ‘This is Design’ which celebrates and features highlights from the museum’s Collection including the Anglepoise lamp, UK road signs, UK traffic lights, the candlestick telephone and the Moulton bicycle. The telephone box, also known as the K6 Kiosk, celebrates its 75th birthday this year. It was introduced in 1936 to commemorate the Silver Jubilee of the coronation of King George V.

Reference, Facts, News - Free and Family-friendly Resources - Refdesk Online Etymology Dictionary 20-Minute Making Of 'Rushmore' By Wes Anderson's B By Zach Hollwedel | The Playlist March 10, 2015 at 1:39PM How time flies. It might be hard to believe, but “Rushmore” —Wes Anderson’s sophomore feature, and Jason Schwartzman’s first ever screen credit— opened wide sixteen years ago last month. Thanks to a two-part, behind-the-scenes documentary, fans can revisit the making of the film. In the run-up to filming, Anderson asked his brother Eric Chase Anderson to make an electronic press kit for the film.