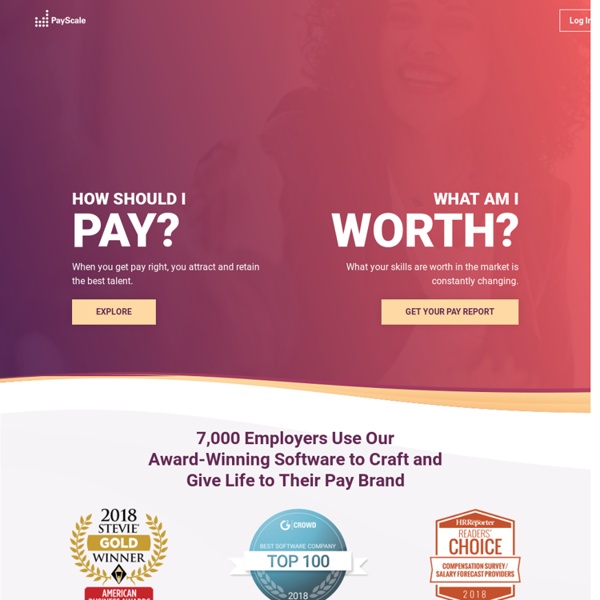 How to answer the toughest interview question – 'Why should I hire you?' Convincing a prospective boss to hire you without sounding like an automaton or flatterer is no easy task. With more qualified graduates leaving university and people going to greater lengths to get their CV noticed, the marketplace can feel tough for those in search of a job. And for employers who have the pick of the bunch, obvious tactics to persuade them to hire someone are unlikely to wash. A particular pet hate is the tendency of interviewees to try to spin the "what is your greatest weakness" question to their advantage. Instead, employers gave their top advice to interview hopefuls on website Quora. "If I am ever looking to hire someone, I would prefer someone who is honest in his dealings and is willing to discuss his true weaknesses instead of trying to disguise a strength as one," said one employer.

Writing a Career Action Plan - Why You Need One Developing a career action plan is the fourth step in the career planning process. One arrives at this step after a thorough self assessment and a complete exploration of viable career options which were identified during the self assessment. Next, one must choose from those occupations after examining them carefully and determining which one is the best match. The career planning process is ongoing, and bi-directional, meaning you can move back to previous steps when you need to gather more information or clarify your choices. Once you have identified an occupation to pursue you should develop an action plan. An action plan can be considered a road map that will get you from point A -- choosing an occupation -- to Point B -- becoming employed in that occupation.

Salary Benchmarking - Comparison Surveys & Reports As we move out of recession and into growth, pay is increasingly being mentioned in the media. Standing at just under 2%; current average settlement figures are low and stable (although some employees will see a faster pay increase). During the last few years, which have seen recession and slow growth, employers have had to resort to being creative in pay management in order to reward their top achievers who they are reliant on for growth. become instantly likable. businessinsider Getty ImagesBecome instantly likable. Within seconds of meeting you, people are already making judgments about your personality. Those assessments can influence whether they want to hire you, date you, or be your friend. So you'll want to do everything you can to make the best impression possible — before it's too late. To help you out on that front, we checked out "How to Make People Like You in 90 Seconds or Less" by speaker and author Nicholas Boothman. The book highlights a key strategy for ingratiating yourself with your conversation partner while greeting them.

How to get a job in 2012 By Sandra Guy Business Reporter sguy@suntimes.com December 31, 2011 12:36AM Mary Fran Wiley, a 27-year-old web designer, credits her return to school, and use of social media and Google-friendly web profiles, with landing a job at Orbit Media Studios. | Richard A. Chapman~Sun-Times storyidforme: 23398984 tmspicid: 8692989 fileheaderid: 3918287 Updated: February 2, 2012 8:12AM UK Hourly Wage Calculator – Hourly Pay, Wage Converter cookie barclose This website makes use of cookies to enhance browsing experience and provide additional functionality. None of this data can or will be used to identify or contact you. This website makes use of third party cookies, see the details in the privacy policy. This website makes use of tracking cookies, see the details in the privacy policy. To learn more about how this website uses cookies or localStorage, please read our PRIVACY POLICY.

How to be More Productive by Using the “Eisenhower Box” Dwight Eisenhower lived one of the most productive lives you can imagine. Eisenhower was the 34th President of the United States, serving two terms from 1953 to 1961. During his time in office, he launched programs that directly led to the development of the Interstate Highway System in the United States, the launch of the internet (DARPA), the exploration of space (NASA), and the peaceful use of alternative energy sources (Atomic Energy Act). Before becoming president, Eisenhower was a five-star general in the United States Army, served as the Supreme Commander of the Allied Forces in Europe during World War II, and was responsible for planning and executing invasions of North Africa, France, and Germany. At other points along the way, he served as President of Columbia University, became the first Supreme Commander of NATO, and somehow found time to pursue hobbies like golfing and oil painting. The Eisenhower Box: How to be More Productive