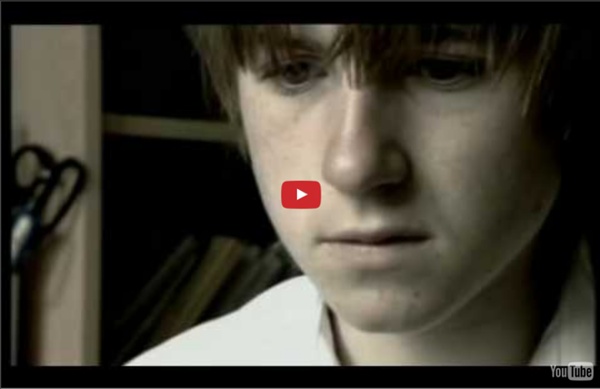 Extr@ – Learn English with videos A cool TV series, a funny sitcom, and an English course, all wrapped in one single package to make Extr@, the perfect way of learning natural English having fun.SEE THE OTHER EPISODES HERE !Do extr@ activities hereAnnie and Bridget share a flat. Their next-door neighbour Nick is a disorganized, humorous macho fellow. Bridget's Argentinean penpal, Hector, comes to London to visit her. His limited command of English serves as the central dynamic for the language learning content of the series. A Starting Point for Ensuring Student Online Privacy Our society is struggling with issues regarding individual privacy. Heated debates are occurring on topics that range from whether the government should be allowed to conduct mass surveillance of citizens to the information that companies should be allowed to collect based on one's computer activity -- and what they should be allowed to do with it. There are also concerns about the security of personal data in general -- consider the data breach at Target last year.

27 Cyber Bullying Statistics and Facts Cyber Bullying Statistics and Trends Cyberbullying is considered a form a bullying that transpires with electronic technology. This can include text messages, emails, and social media sites. How can film help you teach or learn English? What can film and video add to the learning experience? Kieran Donaghy Opens in a new tab or window., who won the British Council’s Teaching English blog award Opens in a new tab or window. for his post I want to learn English because… Opens in a new tab or window., explains why film is such a good resource, and recommends some useful websites. Language teachers have been using films in their classes for decades, and there are a number of reasons why film is an excellent teaching and learning tool. Learning from films is motivating and enjoyable Motivation is one of the most important factors in determining successful second-language acquisition.

Selfie This EFL lesson plan is designed around a short film by Matthew Frost starring Kirsten Dunst, and the theme of celebrity selfies. Students discuss meeting famous people, roleplay meeting their hero or heroine, watch a short film and discuss selfies and celebrity selfies. I would ask all teachers who use Film English to consider buying my book Film in Action as the royalties which I receive from sales help to keep the website completely free. edutopia Is Social Media Relevant? Take the Quiz Before we talk social media, let's talk about the relevance of social media by taking a quiz. Which of the following is most likely to be true? Statistics on Bullying, Cyberbullying and Suicide Traditional Bullying Nearly 1 in 3 students (27.8%) report being bullied during the school year (National Center for Educational Statistics, 2013). The National Crime Victimization Survey of the 2011 school year found that 27.8% of students (ages12-18) reported being bullied at school, while 9% reported being cyber-bullied anywhere (NCES, 2013).

Vidéos mises en ligne de The CGBros Upload TheCGBros.com Subscription preferences Loading... Working... The CGBros Budd-e Stay Smart Online Share: Website: budd-e.staysmartonline.gov.auDescription: A superb e-safety resource with separate sections for primary and secondary students to work through. Choose to sign in to save progress or use without signing in.Category: Digital & Web Tools > E-safety & Web Savvy Other Links in This Section Think U Know

What is cyberbullying, exactly? what is it? :: how it works :: why cyberbully? :: prevention :: take action :: what's the law? The science of ‘Inside Out’: 5 TED-Ed Lessons to help you understand the film Inside Out, Pixar’s latest animated masterpiece, is not only an emotional rollercoaster, but also a vehicle for some solid scientific storytelling. Of course, the film can’t be taken literally, as it’s a visual interpretation of abstract concepts: memories are not spheres, and the train of thought is not … actually a train. To help clarify the trickier science, we’ve rounded up 5 TED-Ed Lessons that explain some of the neuroscience and psychology introduced in the film. Memories drive both the plot of Inside Out and most of the inner workings of Riley’s brain. But how do our brains actually store them for later retrieval? And are there different types of memories?