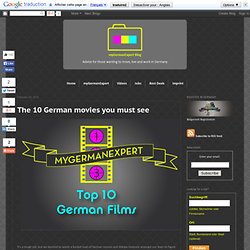 So, for all you Ausländers, make sure you can tick all these films off your check list before getting into a discussion with a German about their movies. We know there's a few red herrings in there, but fish is good for you in moderation. 1. Das Leben der AnderenFew would doubt the number one spot. Set in 1984 DDR East Germany, we get a peek at what life was like both for the secret police and the secretly policed. 2. 3. 4. 5. 6. 7. 8. Films de science-fiction français - Liste de 109 films. Top Must See German Movies, Best German Films. 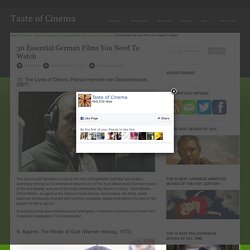 The Lives of Others (Florian Henckel von Donnersmarck, 2007) This tale of quiet deception is one of the most unforgettable Cold War spy-thrillers, seemingly coming out of nowhere to become one of the most talked about German movies of the last decade, and one of the most remarkable film debuts in history. Gerd Wiesler (Ulrich Mühe), an agent of the notorious East German secret police, the Stasi, slowly becomes emotionally involved with and then eventually deeply entangled in the lives of the people he has to spy on. A touching movie about loneliness and redemption, it has been compared to Francis Ford Coppola’s masterpiece ‘The Conversation’. 9. At the crux of the movie lie the horrendously demanding location shots and the obsessive performance by larger-than-life Klaus Kinski. 8. 7. A unique, enriching and literate movie, it tells the story of two angels, Damiel (Bruno Ganz) and Cassiel (Otto Sander) whose duty is to watch over the people of Berlin. 6. 5. 4. 3. 2. 1. 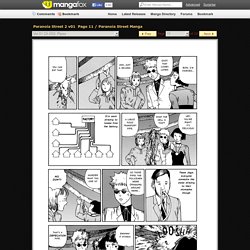 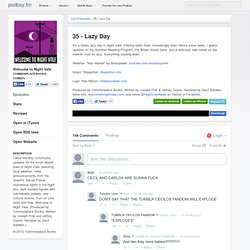 Searching for inspiration for his incomplete novel, Owen begins taking strolls around the city at night where he discovers an unexpected group of people. I wish I could be more specific, but it would ruin the surprise. Know that it is brilliant, witty and full of mystique. 92% on Rotten Tomatoes (RT). Let the Right One In The best vampire movie ever made in my opinion. Watch Let the Right One In for FREE on Amazon Instant Video The Man From Earth. Humanity Has Declined. Humanity Has Declined (人類は衰退しました, Jinrui wa Suitai Shimashita?) 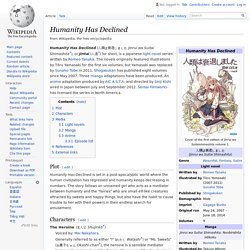 , or Jintai (人退?) For short, is a Japanese light novel series written by Romeo Tanaka. The novels originally featured illustrations by Tōru Yamasaki for the first six volumes, but Yamasaki was replaced by Sunaho Tobe in 2011. Shogakukan has published eight volumes since May 2007. Three manga adaptations have been produced. Plot[edit] Humanity Has Declined is set in a post-apocalyptic world where the human civilization has regressed and humanity keeps decreasing in numbers. Characters[edit] The Heroine (主人公, Shujinkō?) Voiced by: Mai Nakahara Generally referred to as either "I" (わたし, Watashi?) Grandfather (祖父, Sofu?) Voiced by: Unshō Ishizuka. 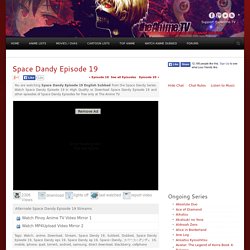 There she is! Complete version in Full HD!