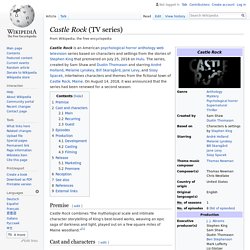 Game of Thrones season 7: each character's strategy, ranked by political science. Game of Thrones’ seventh season, one defined by the show’s most central characters all coming into conflict for the first time, is over. 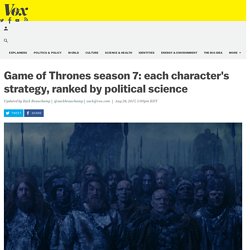 Daenerys, Jon, Cersei, Tyrion, Sansa, and all the rest spent the entire season struggling with one another for power and control over Westeros, each employing different strategies to strengthen their faction and accomplish their objectives. Which makes the season’s end a perfect time to take stock: to assess each player’s strategy, and judge which character did the best with the tools they had available. Who played the Game of Thrones best? To make this judgment, I looked to science — political science, specifically. The subfield of international relations has spent decades accumulating knowledge on what causes different countries to rise and fall, to succeed at getting what they want or to fail miserably. 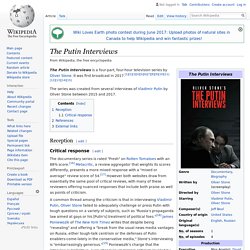 It was first broadcast in 2017.[1][2][3][4][5][6][7][8][9][10][11][12][13][14][15] The series was created from several interviews of Vladimir Putin by Oliver Stone between 2015 and 2017. Reception[edit] Critical response[edit] The documentary series is rated "Fresh" on Rotten Tomatoes with an 88% score.[16] Metacritic, a review aggregator that weights its scores differently, presents a more mixed response with a "mixed or average" review score of 54.[17] However both websites draw from essentially the same pool of critical reviews, with many of these reviewers offering nuanced responses that include both praise as well as points of criticism.

Salò, or the 120 Days of Sodom (1975) Jff.org. ‘Homeland (Iraq Year Zero)’ Review: Empathy with the Enemy in Iraq War. What would you do if the world’s most fearsome military presence threatened to invade where you live? 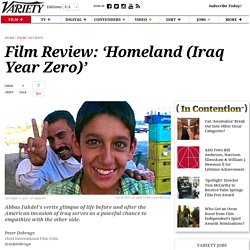 How does one even begin to prepare for that kind of assault? In “Homeland (Iraq Year Zero),” Baghdad-situated filmmaker Abbas Fahdel offers world audiences an extraordinary opportunity to identify with the “enemy” in the Iraq War — conveniently faceless in most Western coverage, but humanized here by members of Fahdel’s own family.

Clocking in at nearly six hours and presented in what may feel like raw homevideo form, this transformative verite glimpse into the lives of everyday Iraqis demands both patience and empathy to sit through, but the reward is worth every second, as an extremely limited number of courageous programmers and curious audiences can attest. The Bad Batch (2016) Black List (survey) - Wikipedia. The Black List tallies the number of "likes" various screenplays have been given by development executives. 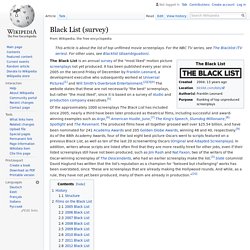 Screenplays are ranked based on how many likes each of them get. The most likes received by a single screenplay is The Imitation Game, with 133 upon topping the 2011 list; it went on to win the Academy Award for Best Adapted Screenplay. I, Tonya Official website. The Russian Woodpecker (2015) Julia Ducournau's horror film Raw trailer screening had viewers pass out. Film Raw details a vegetarian veterinary student forced to eat raw meat in ritualFrench film from Julia Ducournau details student's descent into cannibalismAmbulance called to Toronto screening when people fainted due to gory scenesTrailer has been released ahead of film's March 10 debut By Forrest Hanson For Dailymail.com Published: 14:32 GMT, 13 January 2017 | Updated: 16:53 GMT, 13 January 2017. 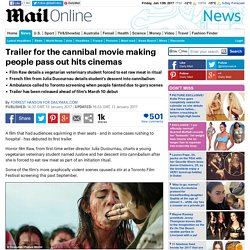 The Untamed - I biograferne 25. december 2016. Evolution Movie Review & Film Summary (2016) If I had to pin down "Evolution," I'd call it a coming-of-age story, though it doesn't often employ the symbolic shorthand that so many tales of pubescent terror do. 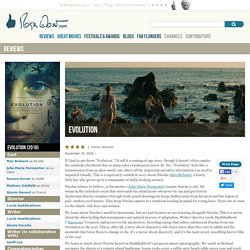 Disturbing the Peace Movie Review (2016) It’s easy to view cinema as a mere escape from reality, a temporary break from our everyday problems. 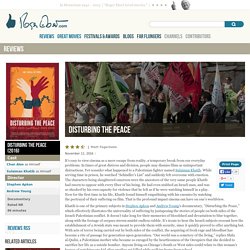 In times of great distress and division, people may dismiss films as unimportant distractions. Yet consider what happened to a Palestinian fighter named Sulaiman Khatib. SiREN Movie Review & Film Summary (2016) David Bruckner’s “Amateur Night,” the first actual segment (other than the wraparound narrative) in the 2012 anthology series “V/H/S” was a relatively clever bit of gender reversal. 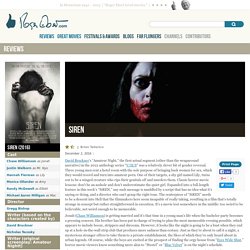 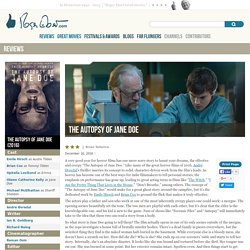 Like many of the great horror films of 2016, André Øvredal’s thriller marries its concept to solid, character-driven work from the film’s leads. As horror has become one of the best ways for indie filmmakers to tell personal stories, the emphasis on performance has gone up, leading to great acting turns in films like “The Witch,” “I Am the Pretty Thing That Lives in the House,” “Don’t Breathe,” among others. The Strangers (2016) Oscuro animal (2016) Top 5 Most Powerful Vice Documentaries  Så meget godt i vente (2014) Channel Zero (TV Series 2016– ) - Episodes. Everyday Rebellion 2013. The Birth of a Nation (2016) Dokumentarfilm om palæstinensiske bøsser i Israel viser kampen for at være både araber, israeler og afklaret homo. Dekalog. Dekalog (pronounced [dɛˈkalɔg], also known as Dekalog: The Ten Commandments and The Decalogue) is a 1989 Polish television drama series directed by Krzysztof Kieślowski[2] and co-written by Kieślowski with Krzysztof Piesiewicz, with music by Zbigniew Preisner.[3] It consists of ten one-hour films, inspired by the Ten Commandments.[4] Each short film explores one or several moral or ethical issues faced by characters living in an austere apartment block in modern Poland.

The series is Kieślowski's most acclaimed work, has been said to be "the best dramatic work ever done specifically for television" [5] and has won numerous international awards, though it was not widely released outside Europe until the late 1990s.[6] Filmmaker Stanley Kubrick wrote an admiring foreword to the published screenplay in 1991.[7] Production[edit] The Vault (TV Series 2011– )

Trust (2010) The Mexican Suitcase (2011) The Sleeping Voice (2011) Watch a trailer for new Middle East music documentary Raving Iran. The Gatekeepers (2012) ANMELDELSE Er du okay? Skal du kaste op? Skrider du lige om lidt? Sjældent har en film så desperat råbt på en fysisk reaktion. Gabo, la creación de Gabriel García Márquez (2015) The Between (2013) America's Fugitive Family - All 4. Ixcanul review – a fascinating blend of modernity and ritual. When a movie opens with farmers forcing rum down the throat of a pig so it will be “horny enough” to want to have sex and conceive a piglet, you know you are about to see something unique.

The phrase ‘ethnographic film’ may be outdated, and perhaps even condescending, but for those drawn to cinema from diverse origins, wishing to learn more about other cultures, Ixcanul is a delicious, strong brew. On a Guatemalan coffee plantation on the side of a volcano, a sharp young Mayan woman, Maria, is unsure if she wants to continue with her family’s traditions or take a step into the wider world. Dredd. Dredd was released on 7 September 2012 in the United Kingdom and on 21 September 2012 worldwide. Critics were generally positive about the film's visual effects, casting and action, while criticism focused on a perceived lack of the satirical elements that are found in the source comic and on excessive violence. Despite the positive critical response, the film earned just over $41 million at the box office on an estimated budget of $45 million.

Dredd saw greater success following its home release, and has since been recognized as a cult film. Furrows (film) Furrows (Spanish: Surcos) is a 1951 Spanish film directed by José Antonio Nieves Conde, and written by him in collaboration with Gonzalo Torrente Ballester, Eugenio Montes, and Natividad Zaro.[1] It provides an unsettling portrait of post-Civil War Madrid while dictator Francisco Franco was in power. Surcos follows the struggles of a Spanish family as it emigrates from the country to Madrid circa 1950. Facing difficulties in finding housing and employment, several family members turn to illegal or immoral activities in order to make ends meet, and the traditional family structure disintegrates.

The movie begins when the Perez family of country bumpkins arrive from the country at the Madrid train station, disoriented, gawking and loaded down with baggage, including a basket of live chickens. THE LAND BETWEEN. Park Avenue: money, power and the American dream - Why Poverty? Excellent Creepy Videos. Triangle (2009) El Club (2015) Teh Lurd Of Teh Reings - Season 1 Episode 1.