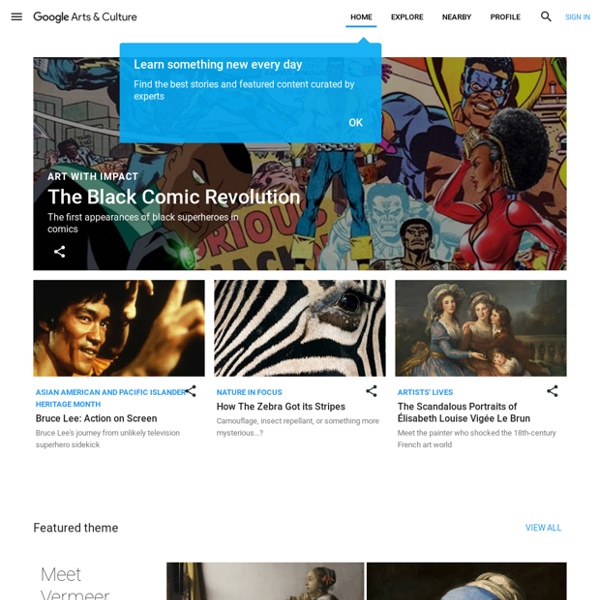 Mythology in Classical Greek and Roman Art The Theoi Project galleries now contain more than 1,200 images of ancient Greek and Roman art . The image directory can be searched using the engine below. GALLERY K1 GREEK VASE PAINTING (63 x IMAGES) The Olympian gods in Greek vase painting (Zeus, Poseidon, Hera, Demeter, Apollon & Artemis) GALLERY K2 GREEK VASE PAINTING (60 x IMAGES) Dollar Store Mom - Frugal Fun - Crafts for Kids - StumbleUpon Today’s post is a lesson in improvisation. Why? Well, this project was INTENDED to be a candy tray, a fancy version of something I saw done flawlessly at Tutto Bella. After reading through that tutorial, I thought it would be a breeze! Famous last words, right?

Images of Women in Ancient Art Courses in the history of art provide the student with an understanding of art and architecture in a cultural context. The student will be introduced to the means by which art can be critically observed, intelligently analyzed and knowledgeably discussed. ARTH 115, Survey of Art History I, and ARTH 116, Survey of Art History II, provide a survey of art from prehistoric times to the present and are the prerequisites to most upper level courses. Students considering majoring in art history should plan to complete ARTH 115 and ARTH 116 by the end of their sophomore year. Of value to art history majors are courses in literature, religion, philosophy, classical civilization and history. A required course in studio art is intended to give students some practical knowledge of how a work of art is produced.

Steve Jobs Was Always Kind To Me (Or, Regrets of An Asshole) I met Steve Jobs while I worked at Gizmodo. He was always a gentleman. Steve liked me and he liked Gizmodo. Summary of the American Academy of Arts and Letters records, 1864-1942 American Academy of Arts and Letters, est. 1904 Society New York, N.Y. Collection size: 800 items (on 5 microfilm reels). Collection Summary: A collection of artists' papers containing correspondence, notes, biographical material, exhibition catalogs, and other published material. Includes: volume of notes, drawings, and calculations made by George Bellows for a study of Jay Hambidge's theory of Dynamic Symmetry; correspondence and published and unpublished biographical and critical material on George de Forest Brush, Childe Hassam, Francis D. Millet, Joseph Pennell, Elihu Vedder, and J. Q.

On the Cheap: Scrapbook Paper iPhone Covers - StumbleUpon I found this clever trick on Pinterest the other week from Oops I Craft My Pants and had to try it for myself: iPhone covers using scrapbook paper! Now when I had my first cell phone in high school (the old Nokia), I probably had about 15 different cell phone covers that I would switch out to match my clothes everyday! I figure this scrapbook paper iPhone phone cover is an easy way to update my phone without spending all the cash! First thing I did was purchase a couple sheets of scrapbook paper from Michael’s. I also purchased a clear iPhone 4 cover from Best Buy. You could really purchase any cheap clear phone cover, but I wanted one with protective rubber sides since I’m a klutz and always drop my phone!

- StumbleUpon RGB Color est e pluribus unus RGB is a work about the exploration of the “surface’s deepness”. RGB designs create surfaces that mutate and interact with different chromatic stimulus. Carnovsky's RGB is an ongoing project that experiments with the interaction between printed and light colours. The resulting images are unexpected and disorienting. Steve Jobs liberated the creative class Steve Jobs, who died Wednesday, surely ranks high among history’s 10 greatest innovators and producers of wealth. Born to a single mother and adopted in 1955, Jobs grew up to liberate the creative class. He freed artists, musicians, composers and writers from the oppression of technology that wasted energy on codes and technical maneuvers that are best left to machines. He co-invented the personal computer and began perfecting it with the Macintosh in 1984. In the 1996 PBS documentary “Triumph of the Nerds,” Jobs nicely explained Macintosh and everything else his company, Apple, Inc., produced: “Part of what made the Macintosh great was that the people working on it were musicians and poets and artists and zoologists and historians who also happened to be the best computer scientists in the world.” They weren’t the best computer scientists due to computer proficiency.

[Text] Vonnegut's Letter to Students: 'Practice Any Art...Make Your Soul Grow' “You will find that you have already been gloriously rewarded for your poem. You have experienced becoming, learned a lot more about what’s inside you, and you have made your soul grow…” When English teacher Ms. Lockwood assigned her students at Xavier High School to correspond with a well-known author on their work and request advice, Kurt Vonnegut was the only writer to respond. Vonnegut wrote the following response in 2006 to Xavier students about a year before he passed away on April 11, 2007: