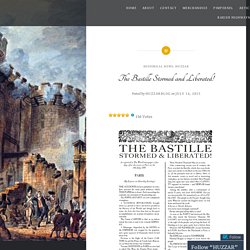 Below is the original report from The World newspapera few days after the events in Paris on the 14th July, 1789. PARIS (By Express on Saturday Evening.) THE ACCOUNTS we have published, we trust, have asserted the usual good authority which THIS PAPER has to boast. Each succeeding day confirms our statement of the preceding one.

The POPULAR PARTY are now completely triumphant. A NATIONAL REVOLUTION, brought about in a period so short, has had no parallel in the History of the World: and though fatal to some, the lives that have been lost in this great accomplishment, are, in point of numbers, inconsiderable. The Comte d’ARTOIS is fled, as we before stated: his route is said to be towards GERMANY. Vivid color photos of 1923 Paris, hub of artistry and progress. Jules Gervais-Courtellemont was born in 1863 outside Paris, in the province of Seine-et-Marne, but grew up mostly in Algeria. 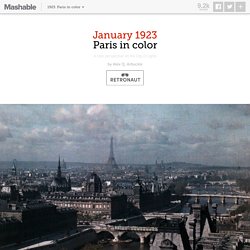 A restless traveler and seeker of exotic sights, he roamed throughout the Middle East and north Africa, from Morocco to Turkey. He even traveled as far as India and China, photographing as he went. In 1894, he converted to Islam, and soon thereafter made the pilgrimage to Mecca. He returned with some of the earliest known photographs inside the holy city, which were published in L’Illustration in 1897. Gervais-Courtellemont was one of the first masters of Autochrome, an early color photography process. The long exposure times necessary for the process meant it was only suitable for relatively static scenes. Renowned for his precise composition, attention to detail, and painterly use of light and color, Gervais-Courtellemont became a photographer for National Geographic. 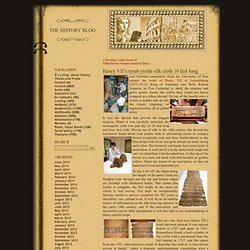 Inside the coffin they found his bones wrapped in a silken shroud. Oil of Vitriol and the Borgias. Old Paris; its social, historical, and literary... Vivid pictures of first Nazi concentration camps give chilling insight into the dawn of the Holocaust. By Sam Webb and Daniel Miller Published: 08:04 GMT, 26 March 2013 | Updated: 16:49 GMT, 26 March 2013 Confused, exhausted and vulnerable, they may have somehow survived and are about to be free, but these chilling colour photographs show that for victims of the Nazis' concentration camps there seemed little to celebrate as the Allies arrived. 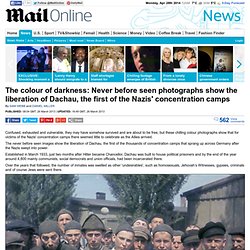 Photographs of Paris in 1914 taken from a collection at the Albert Khan Museum in Paris. Pictures taken from a huge collection at the Albert Kahn Museum in ParisMillionaire banker Khan paid photographers to travel the world By Mario Ledwith Published: 18:13 GMT, 22 November 2012 | Updated: 18:16 GMT, 22 November 2012 It is known as the City of Love, where couples flock to capture the magic of their romance. 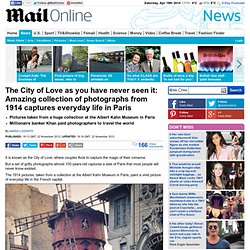 But a set of gritty photographs almost 100-years-old captures a side of Paris that most people will never know existed. Rare bottle of lager saved from the Hindenburg disaster and passenger list from fated airship among memorabilia collection weighing 15 TONS. David Kirch, 75, from Jersey, is believed to own the world's biggest personal collection of airship memorabilia which he has collected over 35-years British airship fanatic selling nearly 600 items expected to make £1millionBottle of saved Lowenbrau lager is one of only six surviving in the world By Larisa Brown Published: 17:15 GMT, 15 November 2012 | Updated: 18:34 GMT, 15 November 2012 A rare bottle of lager saved from the wreckage of the Hindenburg disaster and the passenger list from the fated airship are among a collection of 15 tons of memorabilia set to be sold at auction. 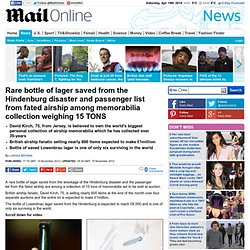 British airship fanatic, David Kirch, 75, is selling nearly 600 items at the end of the month over four separate auctions and the entire lot is expected to make £1million. The bottle of Lowenbrau lager saved from the Hindenburg is expected to reach £6,000 and is one of only six surviving in the world. Scroll down for video Memorabilia: One of the three letters from Lady Grace Drummond-Hay to her mother. Pictured: Henri Giffard floats above the war-damaged buildings of Paris during one of the world's first balloon passenger flights in 1878. In 1852 the visionary's steam-powered airship made its first voyage, flying 16 miles from Paris to TrappesJust 26 years later, Giffard was making the dream of flight a reality for everyday people in this flying balloon By Amanda Williams Published: 20:34 GMT, 12 December 2012 | Updated: 13:20 GMT, 13 December 2012 In 1852 he made history with his pioneering flight in a steam powered airship.

By the time these photographs were taken in 1878, visionary inventor Henri Giffard was making the impossible possible for everyday men and women - the chance to see Paris from the air.