Fear the Boom and Bust" a Hayek vs. Keynes Rap Anthem‬‏ 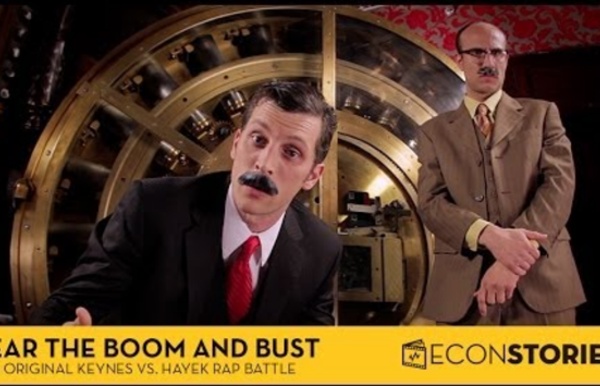 Virtual Economy Home page of the Virtual Economy on Biz/ed. Virtual Economy Home Page Welcome to the Biz/ed / Institute for Fiscal Studies (IFS) Virtual Economy. This has been produced with the generous support of a grant from the Nuffield Foundation. At the heart of the Virtual Economy are sophisticated computer models which are very similar to those the Chancellor and his advisers use to prepare the Budget and to keep the economy on track. How Are Electoral College Electors Chosen? Delegates to the Constitutional Convention in 1787 argued over a lot of things, but one of their biggest debates was over how the United States should elect its president. Some among the Founding Fathers believed that direct nationwide election by the people would be the most democratic method. Others argued that a straightforward popular vote was unfair, as it would give too much power to larger, more populous states. They also worried that public opinion could be too easily manipulated, and feared direct election might lead to a tyrannical leader determined to grab absolute power for himself.

WikiLeaks under attack: the definitive timeline On Sunday 28 November WikiLeaks began releasing the first of its 250,000 leaked US embassy cables. Almost immediately, a hacking attack known as a "DDoS" – distributed denial of service – attack tried to knock it off the net. These are the attacks that have followed in the succeeding days. Sunday 28 November 2010 • TECH: DDoS attack hits WikiLeaks as first set of US diplomatic cables is published.

Daily Treasury Yield Curve Rates These data are also available in XML format by clicking on the XML icon. The schema for the XML is available in XSD format by clicking on the XSD icon. Monday Apr 14, 2014 * 30-year Treasury constant maturity series was discontinued on February 18, 2002 and reintroduced on February 9, 2006. From February 18, 2002 to February 8, 2006, Treasury published alternatives to a 30-year rate. See Long-Term Average Rate for more information. I Was a Rare Earths Day Trader - Inside the Rare Earths Bubble - By Jason Miklian "What's the definition of a mine? A hole in the ground with a liar on top." The most famous aphorism about the mining business is usually credited -- possibly apocryphally -- to Mark Twain, who before assuming the mantle of America's great literary wit was just another mining speculator gone bust. But generations of fleeced investors since Twain's day would nod angrily in agreement -- losing a fortune on too-good-to-be-true mining deals is a tradition as old as mining itself. So it goes with rare-earth elements, a group of materials used in the manufacture of various high-tech applications and the object of the latest subterranean fad. Since a border dispute between China and Japan pushed rare earths into the headlines last fall, prices for some of the elements have shot up to an incredible 1,000 percent of what they were just three years ago -- and as in Twain's day, there is no shortage of smooth-talking suits who will tell investors this is only the beginning.

Ayn Rand Literary critics received Rand's fiction with mixed reviews,[6] and academia generally ignored or rejected her philosophy, though academic interest has increased in recent decades.[7][8][9] The Objectivist movement attempts to spread her ideas, both to the public and in academic settings.[10] She has been a significant influence among libertarians and American conservatives.[11] Life[edit] Early life[edit] Rand was born Alisa Zinov'yevna Rosenbaum (Russian: Али́са Зиновьевна Розенбаум) on February 2, 1905, to a Russian Jewish bourgeois[12] family living in Saint Petersburg. She was the eldest of the three daughters of Zinovy Zakharovich Rosenbaum and his wife, Anna Borisovna (née Kaplan), largely non-observant Jews.

FEMA Concentration Camps: Locations and Executive Orders - Friends of Liberty (undated) 3sep04 FEMA Concentration Camps: Locations and Executive Orders Friends of Liberty (undated) 3sep04 [ Below: U.S. Concentration Camps: FEMA and the REX 84 Program - The Awakening News (undated) 3sep04] There over 800 prison camps in the United States, all fully operational and ready to receive prisoners. They are all staffed and even surrounded by full-time guards, but they are all empty. CIA Spy Captured Giving Nuclear Bomb To Terrorists While all eyes in the West are currently trained on the ongoing revolution taking place in Egypt, Russia’s Foreign Intelligence Service ( SVR ) is warning that the situation on the sub-continent has turned “grave” as it appears open warfare is about to break out between Pakistan and the United States. Fueling this crisis, that the SVR warns in their report has the potential to ignite a total Global War, was the apprehension by Pakistan of a 36-year-old American named Raymond Allen Davis (photo), whom the US claims is one of their diplomats, but Pakistani Intelligence Services ( ISI ) claim Raymond Davis is a spy for the Central Intelligence Agency ( CIA ). Davis was captured by Pakistani police after he shot and killed two men in the eastern city of Lahore on January 27th that the US claims were trying to rob him. Of the actual gunfight itself we can read as reported by the Time News Service which, in part, says :